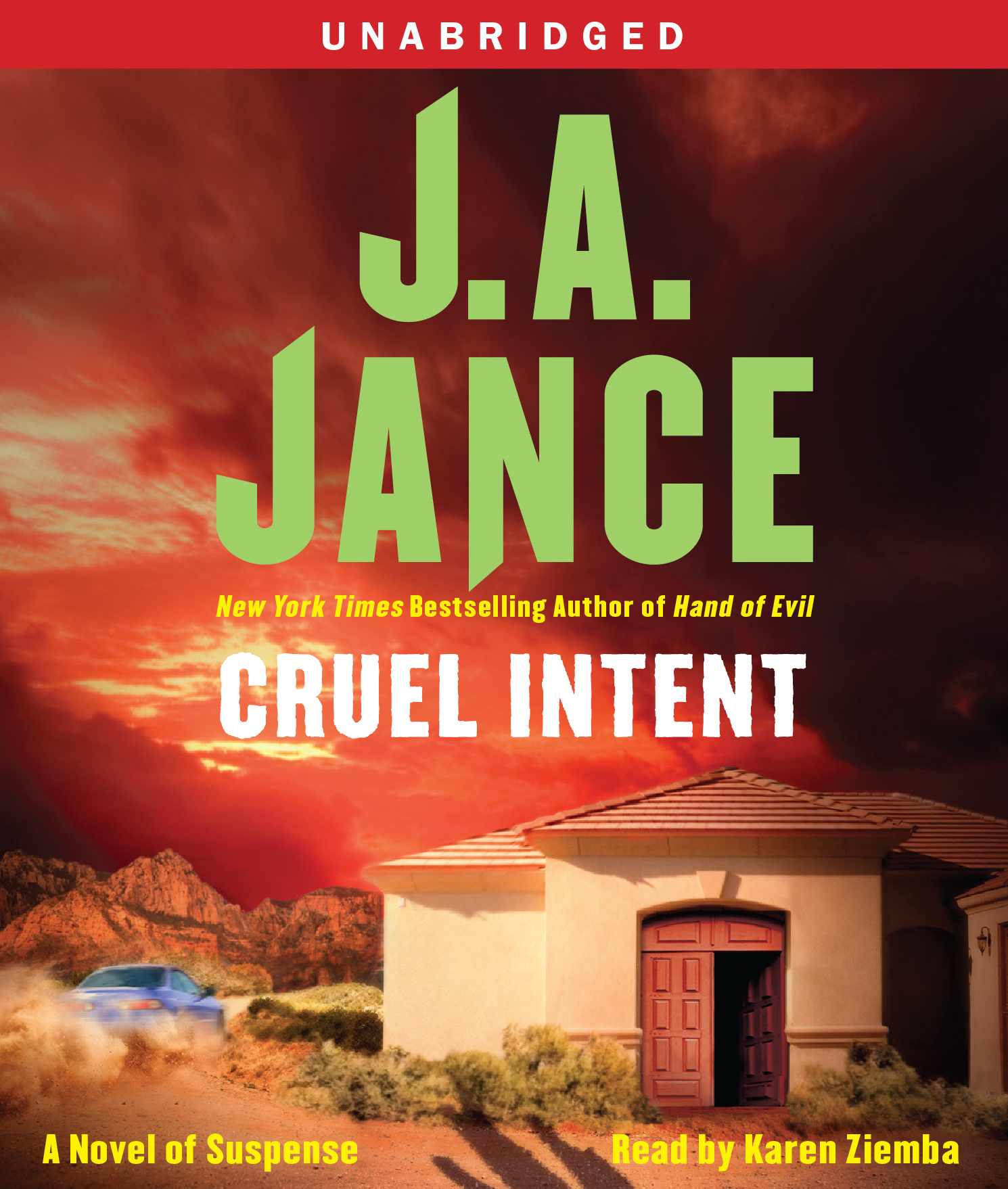 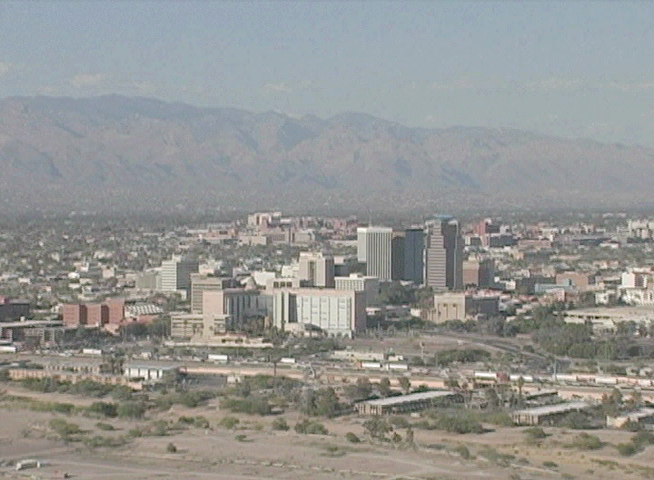 On a dating site, SingleatHeart.com, bored housewives can find romance with married men looking for sex without strings. But these “married singles” are flirting with more than just their vows. At the heart of this seemingly innocent service, a vengeful computer hacker is playing games with people’s lives...and deaths.

Ex-television journalist Ali Reynolds just wants a break from excitement. In the midst of a remodel, the last thing she expects is a murder investigation that will stop the construction on her home. But when the savagely murdered body of stay-at-home mom Morgan Forester is found, Ali’s contractor Bryan is the prime suspect. Bryan swears he has nothing to do with his wife’s murder—but as the investigation progresses Ali seems to be the only resident of Sedona who believes him.

Determined to prove Bryan’s innocence, Ali unknowingly lands herself directly in the path of a calculating killer. In a world filled with encrypted computer traps and life-threatening lies, will Ali be able to decode the actions of a ruthless man determined to destroy women—before he uses his wicked website to find her?

By clicking 'Sign me up' I acknowledge that I have read and agree to the privacy policy and terms of use. Free audiobook offer available to NEW US subscribers only. Offer redeemable at Simon & Schuster's audiobook fulfillment partner. Must redeem within 90 days. See full terms and conditions and this month's choices.
This reading group guide includes discussion questions, ideas for enhancing your book club, and a Q&A with author J.A. Jance. The suggested questions are intended to help your reading group find new and interesting angles and topics for your discussion. We hope that these ideas will enrich your conversation and increase your enjoyment of the book.

Ali Reynolds is not the only one who keeps a blog. To learn more about J.A. Jance, visit her blog at: http://www.jajance.com/jajance.com/Blog/Blog.html

Morgan Forester claims Peggy Lee’s “Is That All There Is” inspired her to seek something more out of life. Find a recording of the song and play it before your meeting. Which songs might inspire other characters?

A Conversation with J.A. Jance:

Considering Cruel Intent is the fourth novel in a series, what measures did you take to familiarize new readers with the previously established characters? Can those unfamiliar with Ali Reynold’s story fully appreciate Cruel Intent?

After a mere five minutes I have now figured out how to turn off italics on the Mac.  Now I can answer the question.

Writing another installment in an ongoing series is always challenging.  Each book reaches new readers as well as old ones.  The beginning passages of the book have to introduce both characters that are specific to this book only as well as the continuing characters.  This has to be done in a way that gives new readers enough information so they feel as though they’ve read a complete book.  It also has to be done without boring my long term readers to death with information they already know.  At the same time, I want new readers to be interested in going back and reading the PREVIOUS books.  In other words, there’s a fine line between giving too much information and not enough information.  It’s a lot like walking a tightrope—without a net.


The reader knows the killer’s identity from the opening pages. Why did you choose to reveal this information? As a writer, what were the greatest challenges in maintaining suspense?

The reader knows the killer’s identity and that he’s dangerous.  The suspense comes from what kind of impact he will have on Ali’s life and on the lives of the people she loves.


Like Ali, you keep your own blog (www.jajance.com). Why did you decide to start one? Do you prefer writing novels or the more conversational tone of a blog? What feedback have you received from family, friends, and fans?

Writing books is work.  Writing the blog is going on vacation.  And it turns out it’s difficult to update the blog when I’m up to my eyeballs in trying to finish a book.  Both kinds of writing take energy and concentration, and there’s only so much of both.

I’ve heard from people who, after discovering the blog, have gone through the archives and read them all.  That’s more than two years’ worth of entries.  It has to be a lot like reading a serialized autobiography.  People write to me when pieces of my story touch pieces of their individual stories.  I think people take a personal interest in my life and times.  Most of the time that’s fine.  Sometimes it becomes worrisome.


Considering they weren’t directly related to the criminal case, why did you include Haley and Marissa’s scholarship storyline?

Because that’s part of Ali’s life.  It’s also part of her responsibility.  She assumed that mantle; she has to deal with it.  It’s like putting a pet or a child in a book.  The author needs to pay attention to the fact that having a child or a pet requires more than a literary nod in their direction.  Real people have to deal with those kinds of things; so do fictional ones—at least my fictional one.


Matthew Morrison’s life might have been completely different if it were not for that fateful moment when he returned to the checkout line at his neighborhood Lowe’s to retrieve the eighty-seven cents he was owed. Do you ever wonder about a singular moment that might have completely altered your own life?

Yes.  All my life I wanted to be a writer and was told no, time after time.  In fact, I spent eighteen years with a wannabe writer who never published anything but who insisted he was the only writer in our family.  In order to support my children, I was selling life insurance.  I heard about the Dale Carnegie Course on Winning Friends and Influencing People.  I thought taking it would turn me into a better insurance salesperson.  We were asked to give a talk on an incident that had changed our lives.  I spoke about the time in the early seventies when my first husband and I crossed paths with a serial killer.  When the talk was over, someone came up to me and said, “Someone should write a book about that.”  My mental response was.  “I’m divorced now.  What’s stoping me?”  Carp Erickson’s words were spoken on a Thursday night.  I started writing my first book—a book that was never published—on Sunday afternoon.  That was in March of 1982.  If it hadn’t been for that life-changing comment, I have no idea how much longer it would have taken for me to start writing.


On the video available at your SimonandSchuster.com author page, you mention your father read poetry to you as a child. Which are your favorite poems? Have any directly inspired one of your novels?

I loved the unqualified heroism of “Horatius at the Bridge;” I love the cadence of “The Song of the Shirt” and the “Wreck of the Hesparis;” I love the humor of “I Had but Fifty Sense.”  While I was attending the  University of Arizona, I had the opportunity to hear C.D. Lewis read his own work.  His “Sheepdog Trials in Hyde Park” and “Baucis and Philemon” are two of my favorites.  I used a line from “Baucis and Philemon” in one of my short stories, “Flash of Chrysanthemum.”


You were raised in Arizona, which is also the setting for Cruel Intent and many of your other novels. What is your favorite aspect of life in Arizona? Would you consider writing a novel set in a completely foreign environment?

I use familiar locations because they’re. . .well . . . familiar.  I know what the weather will be—how it will feel; how it will smell.  I know the geography and the scenery.  That means I can report on things in the background while keeping my focus on what my characters are saying and doing in the foreground.  When I started writing my Seattle books, I was writing about a Seattle native when I had lived here less than two years.  That was tough because readers are quick to spot and willing to let me know when I’m in error.  So going back to my Arizona roots is my default mode.   As for writing something completely foreign?  That could happen, but the character’s foreignness would need to be part of the story.


Will the Ali Reynolds series continue?


What research goes into writing mystery/suspense novels? Has your local police department provided you with insight into their world?

Years ago I participated in a local citizen’s academy that gave me some insight into police work.  The classes included a ride-along as well as a Shoot/Don’t Shoot scenario.  That taught me more than anything the precious few seconds police officers have to make life and death decisions.  I’ve also been fortunate in being able to track down various experts including a man who is a nationally known expert in Internet security issues.  He was kind enough to vet the details in Cruel Intent.


Ali’s interests continue to evolve—she worked as an anchorwoman, then kept a blog, and then remodeled her house. Are you the same way? Which new activity would you most like to pursue?

I would like to be better at golf, but not enough to actually take lessons.   I would like to be done with remodeling.  We’ve been living in a plastic wrapped house for months while we stucco the exterior.  The results will be fine.  Living in the mess in the meantime is not fine.  I want to see another Formula 1 race in person.  Being able to watch the races on television is fun and actually a better way to know what’s happening during the race, but being a part of the pageantry is really exhilarating.

J.A. Jance is the New York Times bestselling author of the Ali Reynolds series, the J.P. Beaumont series, and the Joanna Brady series, as well as five interrelated Southwestern thrillers featuring the Walker family. Born in South Dakota and brought up in Bisbee, Arizona, Jance lives with her husband in Seattle, Washington. Visit her online at JAJance.com. 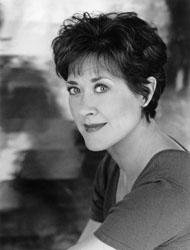