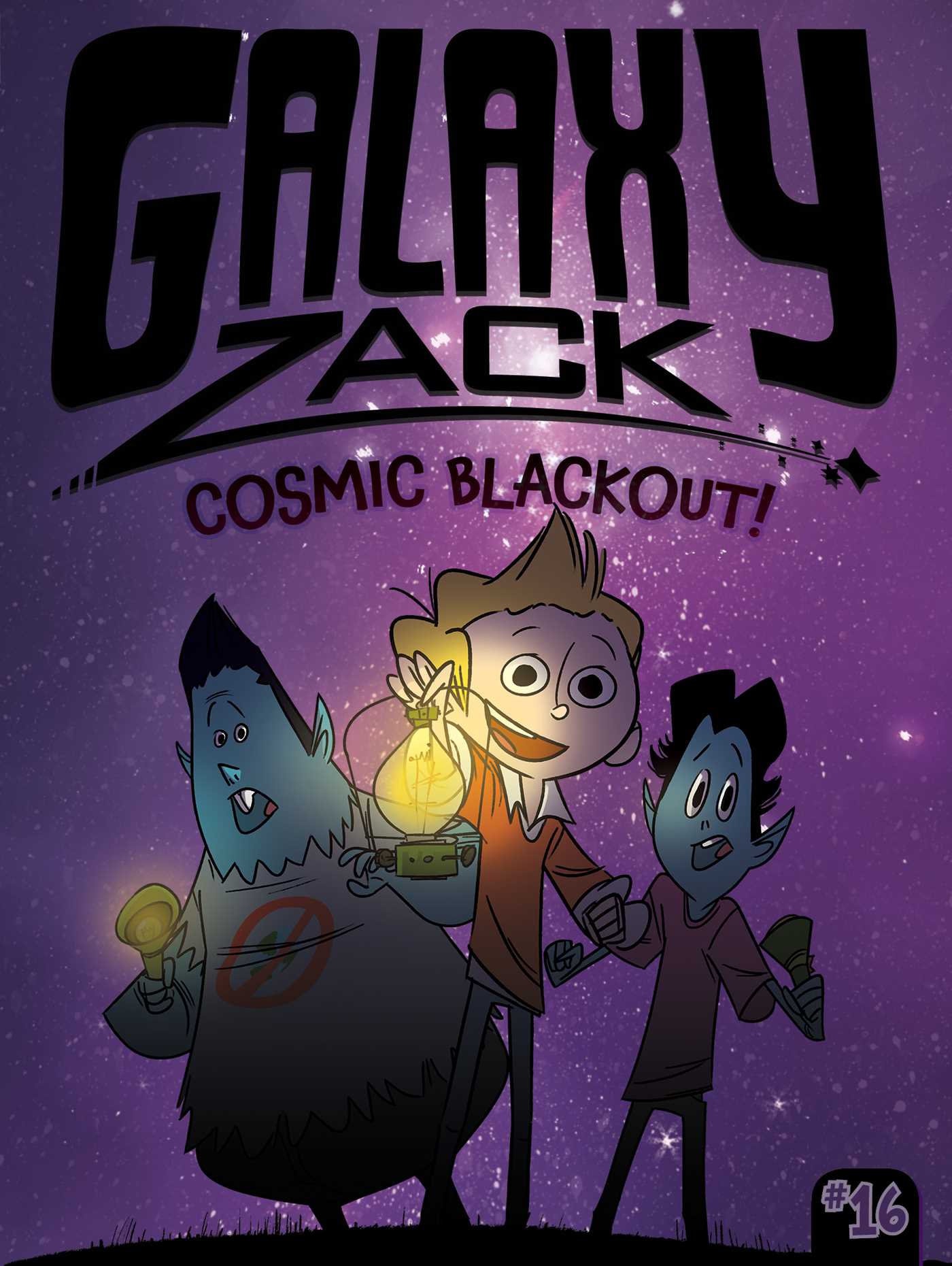 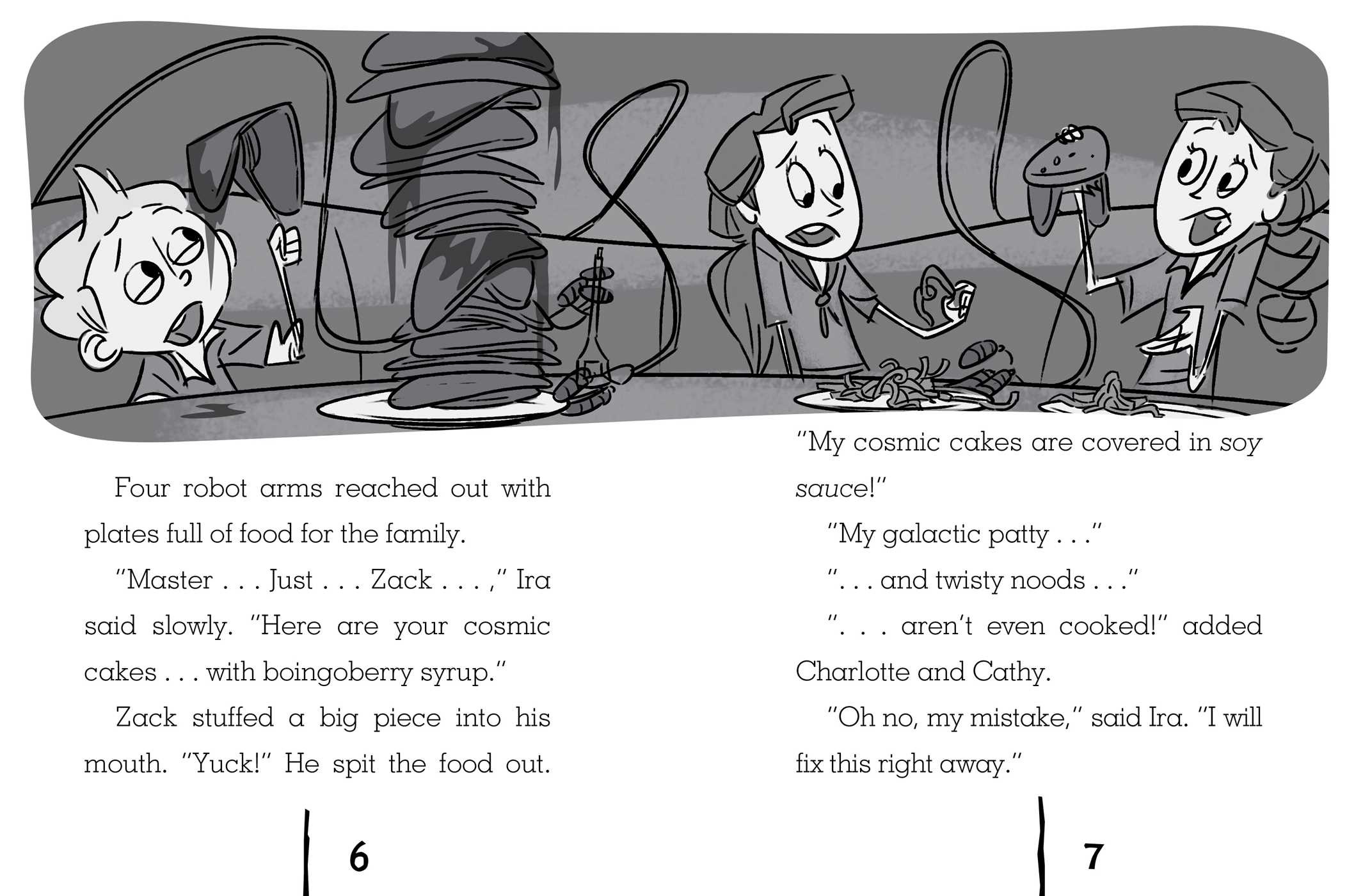 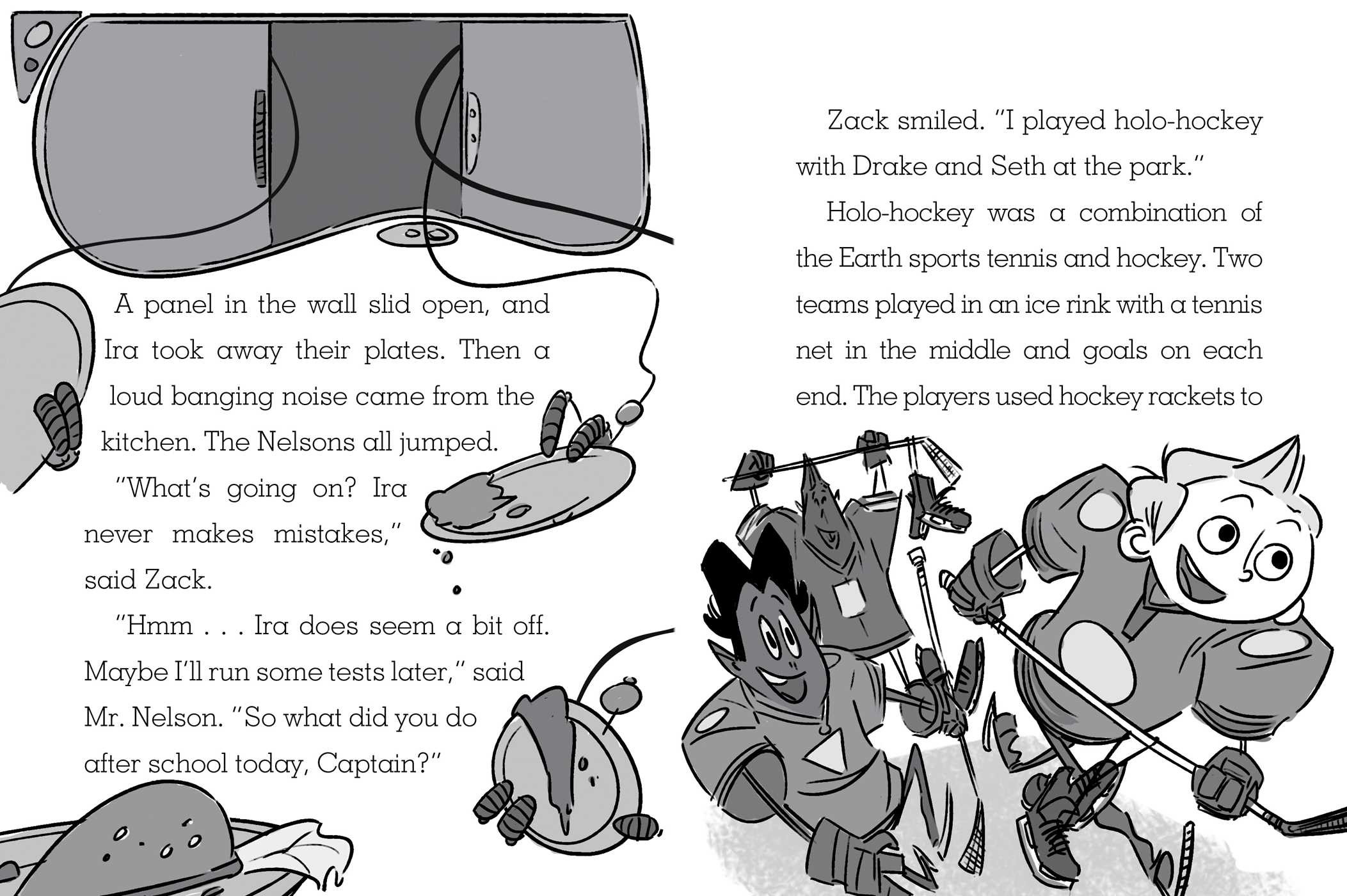 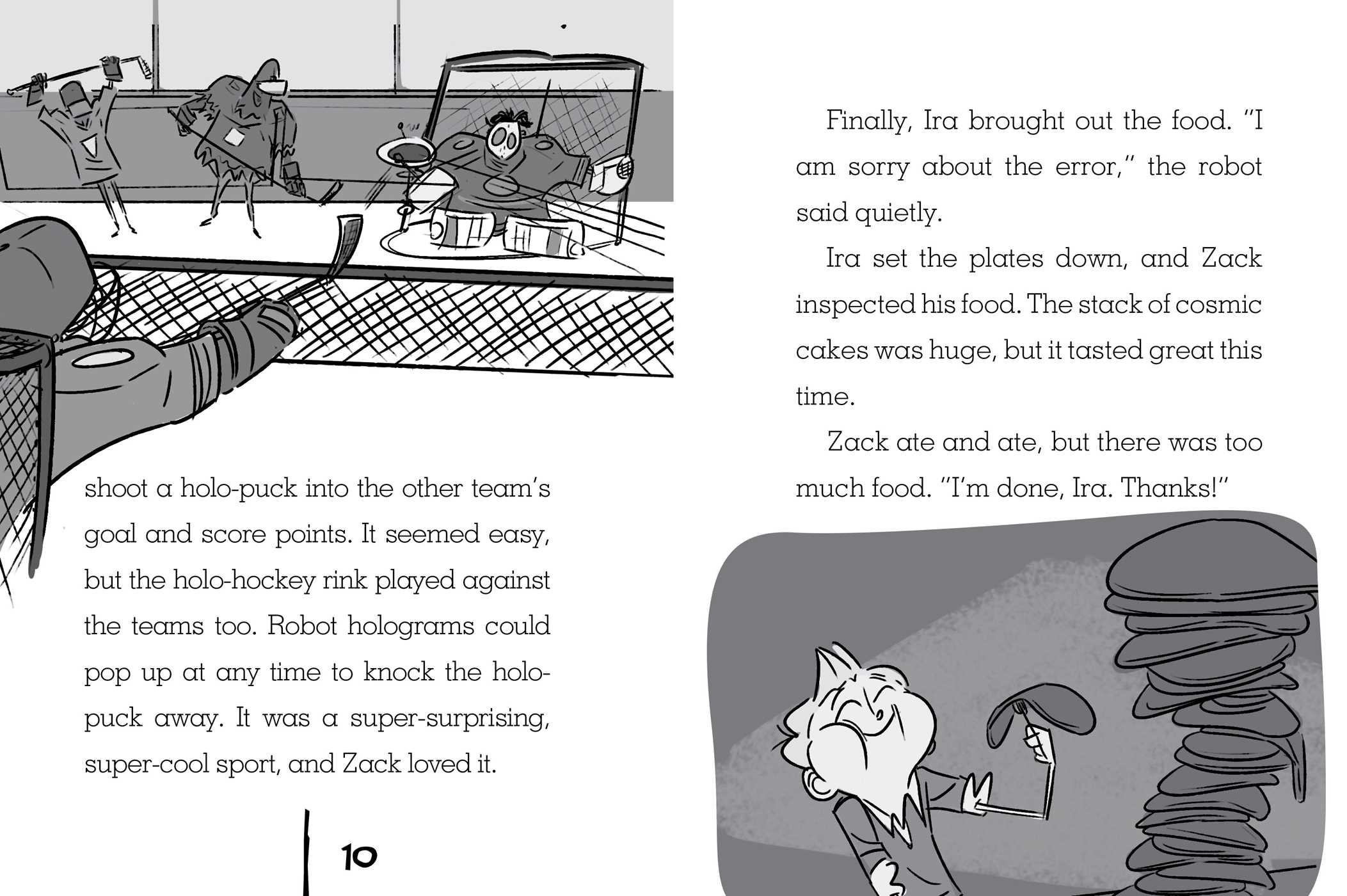 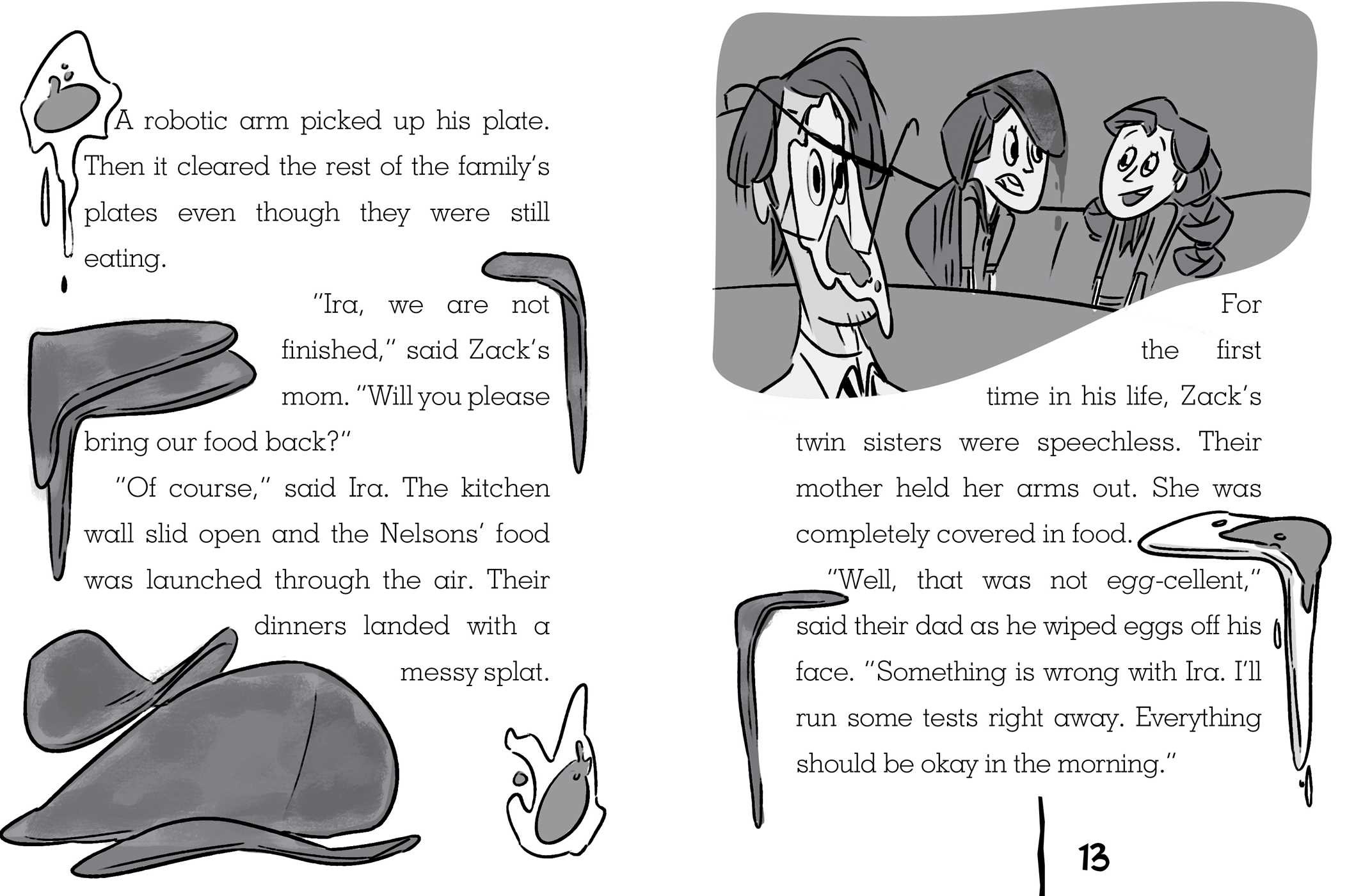 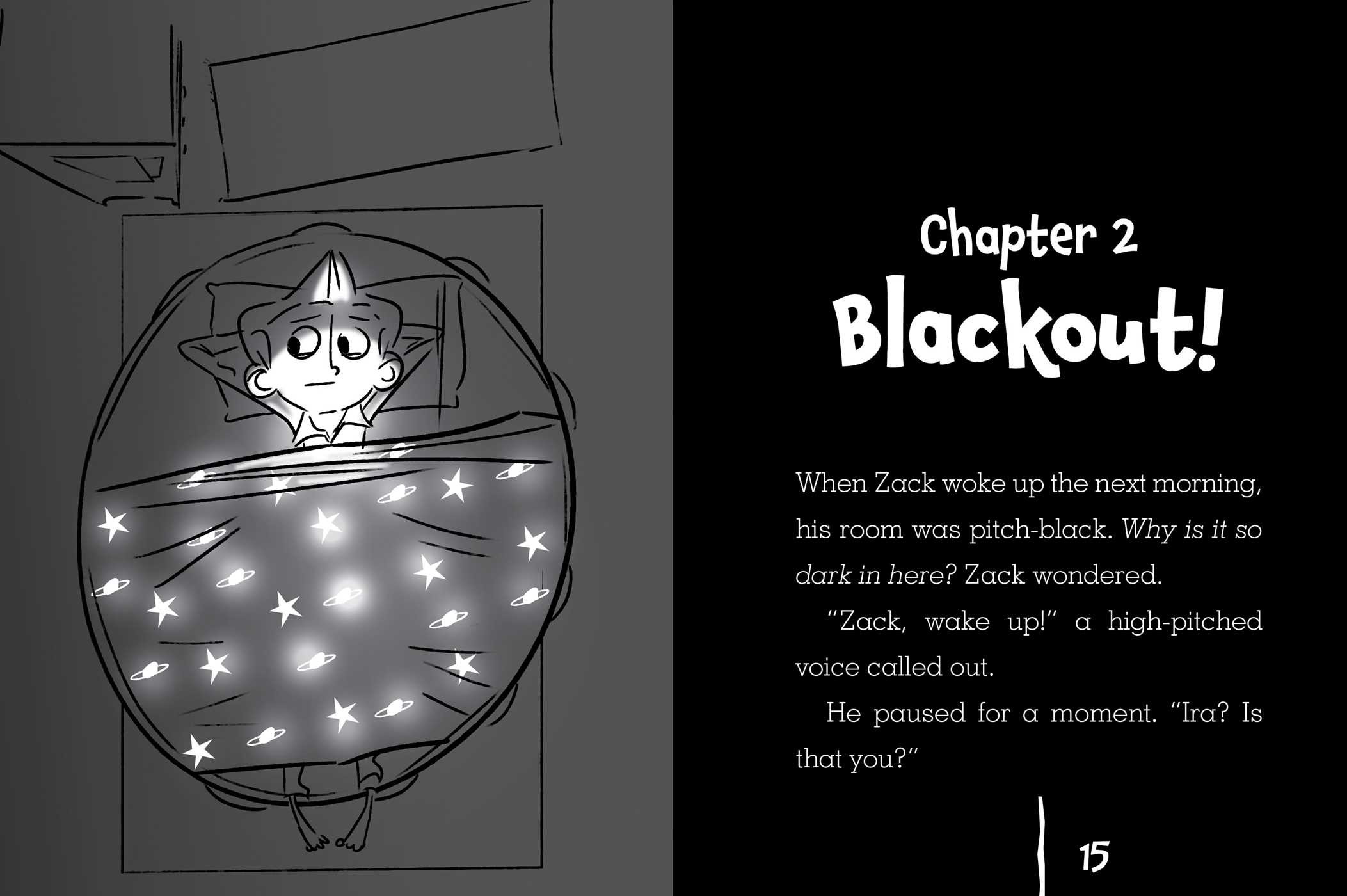 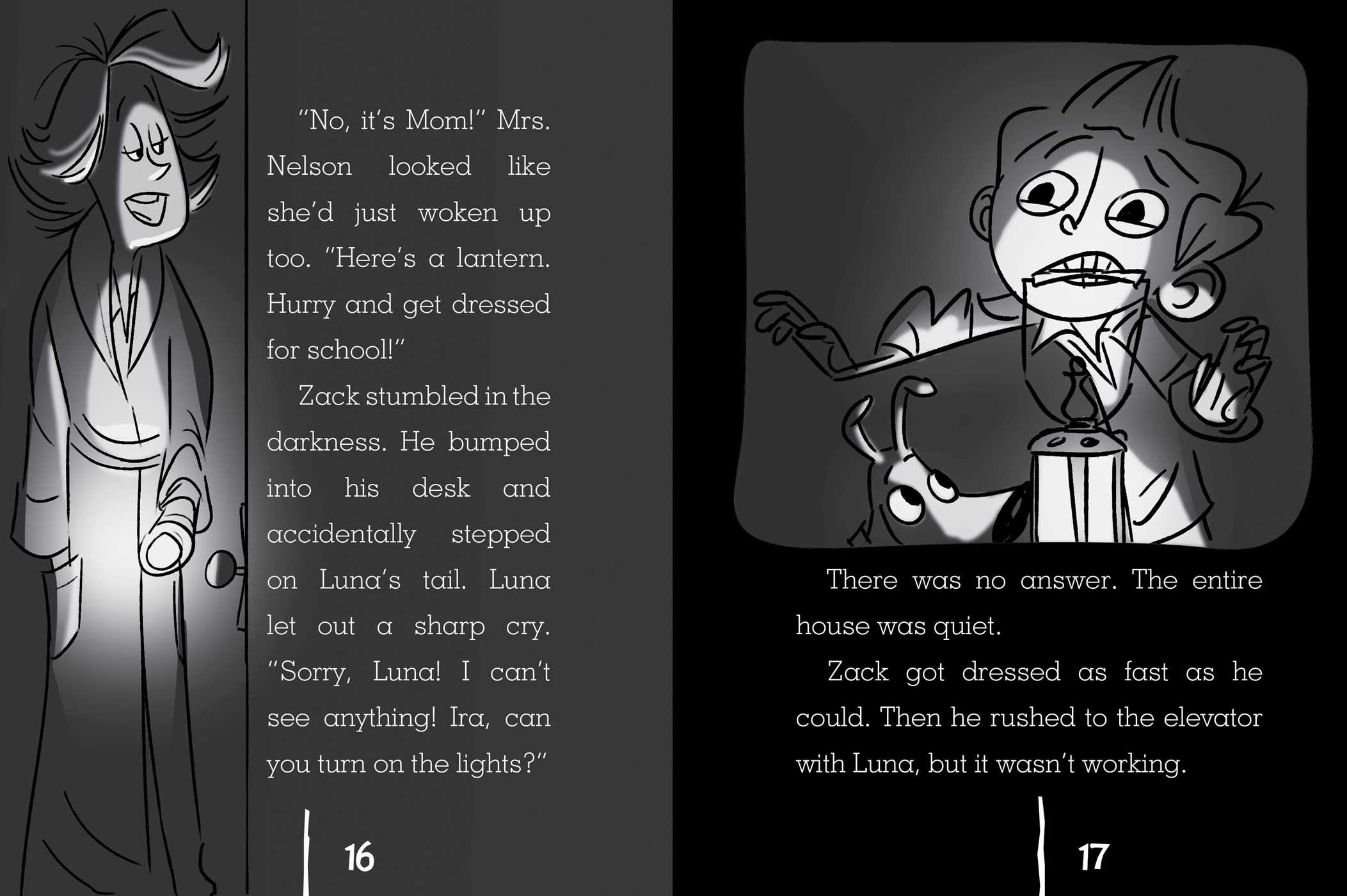 In this sixteenth Galaxy Zack adventure, Nebulon falls into a complete cosmic blackout!

Zack loves everything about his new planet, Nebulon. There’s Ira, his Indoor Robotic Assistant, who makes him delicious food every day. There’s Zack’s hyperphone for playing games with friends. Even his desk at school is pretty grape. But Zack wakes up one morning to discover that everything awesome about his new planet is out of order. Nebulon has fallen into a complete cosmic blackout. Without power, how will Zack and his friends ever get through the day?

Cosmic Blackout! Chapter 1 A Strange Dinner
Zack Nelson jumped into the elevator. It was dinnertime on Nebulon, but he was hungry for his favorite breakfast—cosmic cakes with boingoberry syrup. Ira, the Nelson family’s Indoor Robotic Assistant, made it for Zack almost every day.

The elevator doors opened and Zack’s twin sisters stepped inside.

The twins had finished each other’s sentences for as long as Zack had known them. And he’d known them for his entire life.

When they reached the main floor, Zack moved toward the elevator door. “Last one to the table is a gorblesnoozer!” he yelled.

But the doors stayed closed. Zack stepped back and asked, “Ira, what’s going on? Let us out.”

The doors suddenly opened as the twins pushed in front and raced to the kitchen first.

“Well then, he must be a starving gorblesnoozer,” said Zack’s dad.

“I sure am!” Zack said. “And I want breakfast for dinner!”

Four robot arms reached out with plates full of food for the family.

Zack stuffed a big piece into his mouth. “Yuck!” He spit the food out. “My cosmic cakes are covered in soy sauce!”