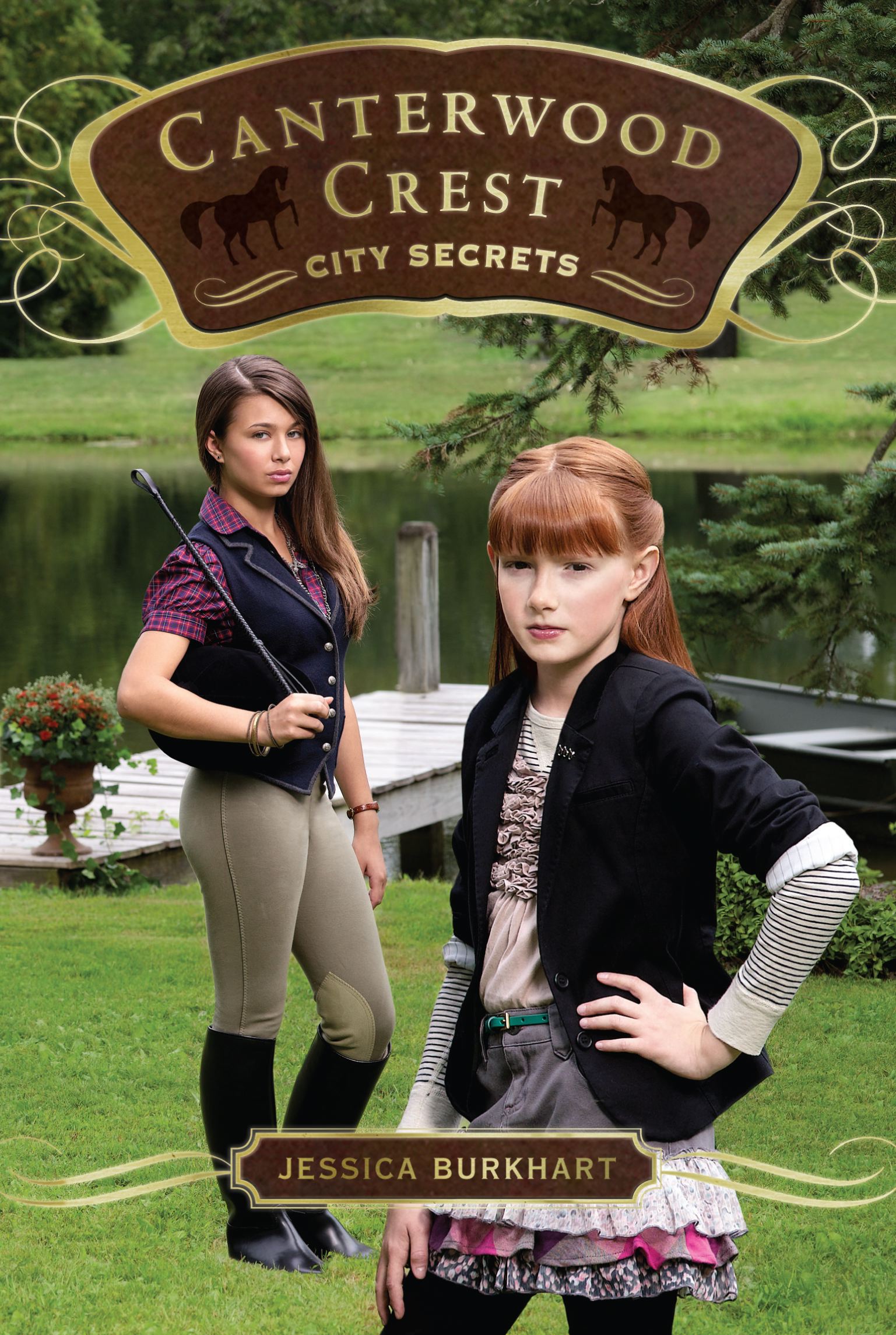 Sasha and Heather have a rocky friendship, to say the least. But it’s Heather who Sasha must turn to when she and her best friend, Paige, have a huge fight right before Fall Break. The problem? Sasha was supposed to spend the vacation with Paige in New York City. And since Heather also lives in Manhattan…The solution may not be pretty, but Sasha doesn’t have much choice. Can she and Heather put aside their differences and enjoy their time away from school?

I PEERED OUT THE TINTED WINDOW OF HEATHER Fox’s Lincoln Town Car and stared up at her building on Park Avenue in NYC. Twenty-four hours ago I’d never imagined I’d be spending fall break with my former arch nemesis.

She flicked her blond hair over her shoulder and rolled her eyes. “Don’t freak out, Silver. This is just the driveway. If you’re acting like this now, you might have a stroke when we get inside.”

This was where I’d be staying for Canterwood Crest’s weeklong fall break. Until last night I’d been supposed to stay with my best friend and roommate, Paige Parker, but . . . my thoughts stopped short. I didn’t want to think about my fight with Paige.

The driver, in a crisp black suit and red tie, halted the car. His brown hair was streaked with gray and he had been supernice to us on the ride from school. He got out of the car, opened Heather’s door, and offered her a hand. I scrambled out after her and she sighed.

“Paul was going to come around to your side next,” Heather said. “At least act like you’ve been to a real city before.”

“I have,” I said. “I—” I shook my head, not wanting to finish the sentence. The last time I’d been to NYC was when I’d visited Paige last summer. We’d been planning this fall break forever, until . . .

“Sasha!” Heather said, putting a hand on her hip. “Space much?”

“Sorry,” I said, directing my gaze back to the building. “Forgot what I was going to say.”

But there was no way I could forget. Not the awful fight Paige and I’d had last night at Friday’s Homecoming dance. In a flash of images I saw Paige and me standing in the bathroom just off the Canterwood Crest ballroom. Paige had accused me of being jealous that Ryan was her boyfriend because I didn’t have one. And I’d lost it. It had been too much after I’d suffered through Homecoming week—forced to do activities with Jacob (my ex-almost-boyfriend) and Eric (my ex-boyfriend). I’d wanted Paige to be more sensitive about everything. But instead she’d turned on me.

The trunk of the car slammed shut and an attendant came and picked up Heather’s and my suitcases, loading them onto a cart.

“C’mon,” Heather said. “Our stuff will be upstairs in a sec.”

I followed her as a doorman tipped his hat, opening the door to let us inside. “Miss Fox,” he said.

“Hi, Allen,” Heather said. She smiled at him and we walked into a lobby that looked like something out of a movie set. Nothing looked real.

“You have exactly two seconds to gawk before I shove you back in the car,” Heather said to me.

I couldn’t help it. The white-and-sandy-colored marble floors gleamed. A security guard monitored people heading for one of the six elevators. The gold elevators looked imposing, and elevator attendants waited to offer assistance if necessary.

A giant stone fireplace, surrounded by crimson high-backed chairs, cast heat across the lobby. Gleaming gold fireplace tools were hung on the hearth. It looked like a spot I’d never leave during the winter if I lived here. I’d curl up with Misty of Chincoteague, one of my favorite books, and read for hours.

Placed around the room were coffee tables and end tables—most with neat stacks of magazines, and others with vases of flowers. Potted plants were in the corners of the room. There were a few cream-colored couches where people sat and read books or chatted in quiet tones on their phones.

My gaze traveled upward to the high ceiling and six crystal chandeliers that sparkled. Hundreds of crystals dangled from the chandeliers and reflected bits of light onto the ceiling. The chandeliers alone screamed elegance.

On the opposite side of the elevators, a staircase with a gleaming wooden railing wrapped around the side of the room, over the fireplace, and to what looked like another level of the lobby. I stared down at my jeans and flip-flops—I looked so out of place here.

“Enough already,” Heather said, grabbing my elbow. “People are going to stare. I do live here and have to see my neighbors occasionally when I’m here on break.”

I followed Heather past the security desk. She waved at the guard and he smiled at her.

We waited for the elevator, then stepped inside. The doors closed behind us and I almost fell back against wall when I turned to face the door.

“There’s a TV in your elevator?” I asked.

Heather smirked. “So easily impressed. It’s only going to get better from here, so chill before you pass out or something.”

“I’m not going to faint,” I muttered.

The elevator doors opened and I held my breath as we stepped into the hallway. The walls were eggshell, and the dark gray carpet had red and gold swirls. Golden accents ran along the top of the walls, near the ceiling, and I half-expected a movie star to emerge from one of the rooms. This looked like a building where celebs would def live.

We turned the corner and stopped in front of a dark cherrywood doorway labeled PH1 in gold. Heather pressed four numbers into a keypad, and I wiped my sweaty hands on my jeans. Heather’s parents weren’t exactly . . . nice, and Mr. Fox always made me nervous. He never missed a chance to be intimidating or to make the people around him sweat.

The red light on the keypad turned to a blinking green, and Heather pushed down the door handle. I took another breath, hoping I’d made the right decision by coming here. But it was too late to go back now. My parents had left for vacation, and there was no way I could—or would—stay with Paige. I was stuck here no matter what.