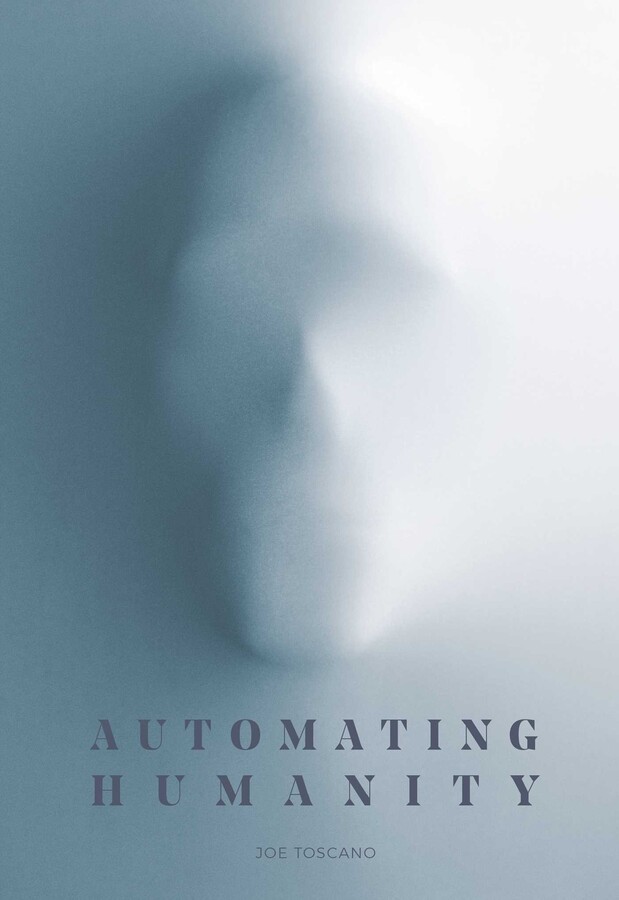 Automating Humanity is the shocking and eye-opening new manifesto from international award-winning designer Joe Toscano that unravels and lays bare the power agendas of the world's greatest tech titans in plain language, and delivers a fair warning to policymakers, civilians, and industry professionals alike: we need a strategy for the future, and we need it now.

Automating Humanity is an insider's perspective on everything Big Tech doesn't want the public to know-or think about-from the addictions installed on a global scale to the profits being driven by fake news and disinformation, to the way they're manipulating the world for profit and using our data to train systems that will automate jobs at an explosive, unprecedented scale.

Toscano provides a critique of modern regulation, including parts of the new European Union's General Data Proctection Regulation (GDPR) suggesting how we can create proactive, adaptable regulation that satisfies both the needs of consumer safety and commercial success in the international economy. The content touches on everything from technology, economics, and public policy to psychology, history, and ethics, and is written in a way that is accessible to everyone from the average reader to the technical expert.

Joe Toscano is a former Experience Design Consultant for Google, and has won international awards for his work, including Cannes Lions, Clios, and more. He also writes for international publications like InVision and Adweek, and has been featured in several others. However, in 2017 Toscano decided to step away from his role consulting for Google, due to ethical concerns. Since leaving his role at Google, Toscano has been focused on bringing technology literacy to the masses, which has led to speaking and consulting engagements across the world-more than 19 different states or nations on four different continents in less than a year. These events have ranged from lectures in university classrooms to keynote engagements with world leaders to private consultations with some of the world's leading digital corporations, including R/GA, IBM, SAP, and many more. Together, with the help of his global network, Toscano plans start a global conversation that will help educate the public about what's going on inside the industry, help regulators understand what questions to ask, and provide technologists the knowledge, tools, and resources to create a better future, through technology. Mike Winkelmann is a globally recognized 3-D animator and illustrator, who has made his name by rendering one new piece every day for more than 11 years straight. His work spans various boundaries, including science-fiction, fantasy, and futurism, often giving intangible, metaphysical concepts a visual form.

"It reads like a dystopian novel but it's written in a way that feels like I'm having a conversation with the person who wrote it. The scariest part though is that it's all based on facts."

"Representation within the data sets training these systems, the models representing different segmentations of life, and the workforce creating these systems is key to this movement. If we don't have fair representation, entire segments of life will silently be destroyed by automated systems. This book helps bring these issues to life in a way that will enable us to have a larger conversation about it."

"Our world is a mosaic that is influenced by information and disinformation. This book will bring all the scattered news stories you may or may not have heard before into a single story that puts the puzzle pieces together and enables even the least technical of people to understand what's going on. After unpacking everything it will then provide you with the tools to make our world a better place, through technology-not by eliminating it."

"No matter what your political beliefs or upbringing, we need more people reading this so we can have a larger conversation about what's going on behind the scenes and figure out how to make the future safe."

As seen/heard on: Last Podcast Network, Medium, The Camp David