Joe Toscano is a former Experience Design Consultant for Google, and has won international awards for his work, including Cannes Lions, Clios, and more. He also writes for international publications like InVision and Adweek, and has been featured in several others. However, in 2017 Toscano decided to step away from his role consulting for Google, due to ethical concerns. Since leaving his role at Google, Toscano has been focused on bringing technology literacy to the masses, which has led to speaking and consulting engagements across the world-more than 19 different states or nations on four different continents in less than a year. These events have ranged from lectures in university classrooms to keynote engagements with world leaders to private consultations with some of the world's leading digital corporations, including R/GA, IBM, SAP, and many more. Together, with the help of his global network, Toscano plans start a global conversation that will help educate the public about what's going on inside the industry, help regulators understand what questions to ask, and provide technologists the knowledge, tools, and resources to create a better future, through technology. Mike Winkelmann is a globally recognized 3-D animator and illustrator, who has made his name by rendering one new piece every day for more than 11 years straight. His work spans various boundaries, including science-fiction, fantasy, and futurism, often giving intangible, metaphysical concepts a visual form.

Get updates about Joe Toscano and recommended reads from Simon & Schuster.
Plus, get a FREE ebook when you sign up! 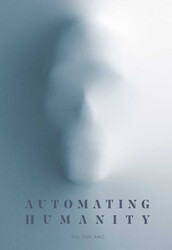