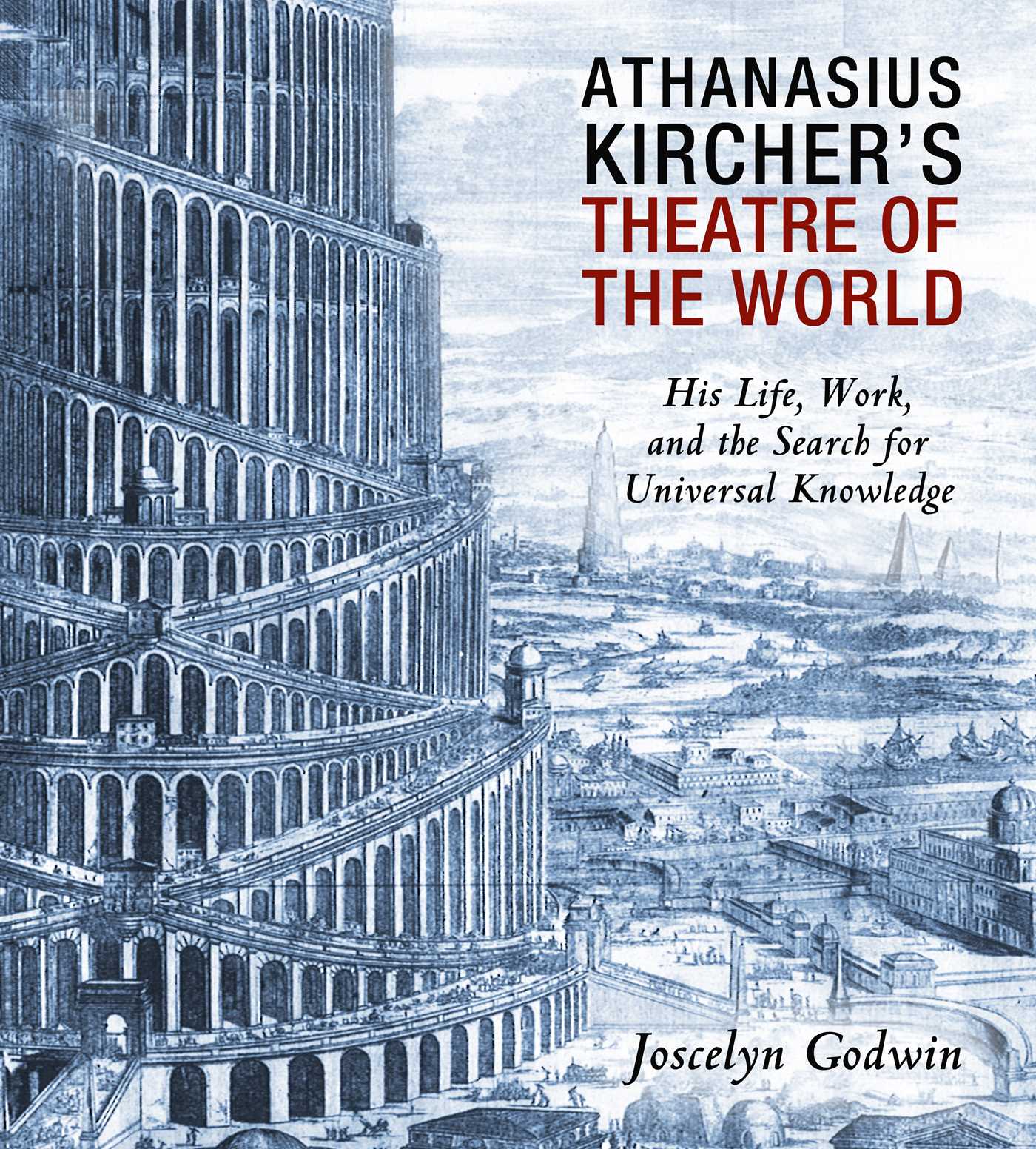 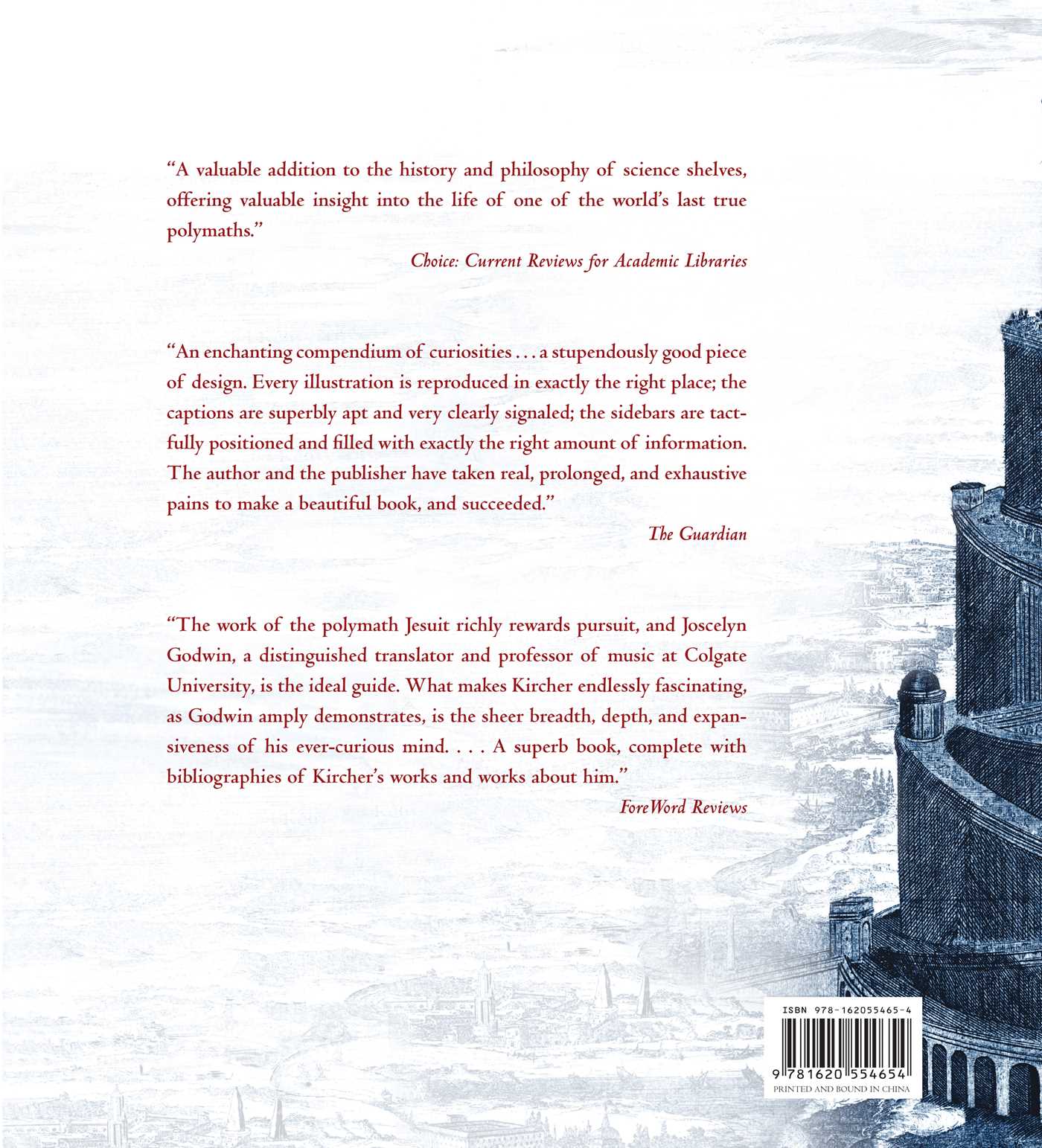 Athanasius Kircher's Theatre of the World

His Life, Work, and the Search for Universal Knowledge

By Joscelyn Godwin
LIST PRICE $49.95
PRICE MAY VARY BY RETAILER

Jesuit, linguist, archaeologist, and exceptional scholar, Athanasius Kircher (1602-1680) was the last true Renaissance man. To Kircher the entire world was a glorious manifestation of God. His exploration was both a scientific quest and a religious experience. Credited with being the first Egyptologist, his works on Egyptology, music, optics, magnetism, geology, and comparative religion were the definitive texts of their time--and yet they represent only a part of his vast range of knowledge. A Christian Hermeticist in the style of Marsilio Ficino and Pico della Mirandola, his work also examined alchemy, the Kabbalah, and the Egyptian mystery tradition exemplified by Hermes Trismegistus.

The Hermetic cast of Kircher’s thought, which was foreign to the concerns of those propelling the Age of Reason, coupled with the breadth of his interests, caused many of his contributions to be widely overlooked--an oversight now masterfully rectified by Joscelyn Godwin. It has been said that Kircher could think only in images. The stunning engravings that are a distinguishing feature of his work are included here so we may fully appreciate and see for ourselves the life work, philosophy, and achievements of “the last man who knew everything.”

Kircher’s mastery of music is one of his most unexpected traits. While musical talent typically shows itself in childhood and leads to a lifelong involvement with performance and/or composition, Kircher’s biography reveals nothing of the sort. Only once does he mention having had any musical training or inclination in his youth; he never tells anecdotes linking himself with music, and no biographer has shown him doing anything musical. Yet music is not easily learned in later life, while to compose counterpoint, play it on the keyboard, or read it from the score in one’s head is no light achievement at anyage. Could Kircher do it?

He himself answers the question in the preface to Musurgia with a spirited defence, saying that just because he does not perform music or compose for money, it does not mean that he is incompetent. ‘The Prince of Venosa [Gesualdo] was not a musician by trade; so was he ignorant of it? Did the great kings Ptolemy and Alfonso, in not professing music or astronomy, know nothing of them? The idea, he adds, is insolent and absurd! From an early age he has worked at all the noble arts and sciences, including music both theoretical and practical, with attentive study and diligent practice.

While many pieces in Musurgia Universalis are unattributed and may be by him, Kircher states plainly that he composed the example of how to handle three-part writing. He says that the voices can begin together, or else one can lead and the others follow, observing the rules of harmony, diminution and syncopation. In its short compass, this Paradigma Melothesias omnibus numeris absolutae (example of free composition in all rhythms) contains at least eight different motifs, each treated imitatively and having its own ‘affect’ or mood. Typical of Kircher’s zeal to classify and display the variety of the world, he has here composed a musical microcosm, a sort of miniature specimen chest. Equally typical, he says that his piece ‘describes the soul moved towards God in harmonic affection’. As for the myriad other compositions and musical examples in Musurgia, Kircher admits that he had help, and no wonder: at over 1,200 pages it remained for centuries the most comprehensive work on music by a single author.

Musurgia opens with the anatomy of the musical parts of man and beast: the ear and the voice. The first engraving shows the outer ear and its parts, and the small bones of the middle ear, namely the hammer, the anvil and the stirrup. The small frames beneath compare these bones in the hearing apparatus of man, calf, horse, dog, hare, cat, sheep, goat, mouse and pig.

The text describes the three semicircular canals, but says that they have been omitted from the engraving because of the difficulty of illustrating them. More important to Kircher is the question of what sort of air is contained in these chambers, which he assumes to be totally isolated from the outside air. He thinks that it must be similar to the air that is treated in the lungs before it is allowed to reach the heart, or the air that enters the nostrils and must be ‘prepared’ before it can penetrate the brain. This treatment modifies the temperature and humidity of the air, enabling it to nourish the animal spirits. This leads him to consider theories of sound. Some say that it is a real and independent entity, while others, that it only exists as perception. He takes the middle path: sound really exists as waves propagated in the air, but also ‘the sounds of sonorous objects reach the auditive potential by the emission of species’.

In terms such as ‘species’ and ‘spirits’ we hear the struggle of Aristotelian metaphysics to bridge the gap between objective reality and subjective perception The problems were of a different order when Kircher came to the vocal organs.

Who can easily explain the great variety of vocal production in animals? We hear the querulous voice of the toad, the plaints of the mourning dove, the cuckoo’s call, the sweet trilling of the nightingale, the piping of swallows, the cock’s crow, the trumpeting of elephants, the bleating of sheep, the lowing of cattle, the barking of dogs, and we wonder what meaning of love, hatred, anger, indignation, sorrow or lamenting lies in them.

Kircher defines the voice thus: ‘The voice is the sound produced by an animal from the glottis through the striking of exhaled air, for expressing the affects of the soul’. Consequently he excludes the buzzing or chirping of insects, and, for that matter, the voice that reputedly issued from the stomach of the Pythoness (the prophetic priestess of the Delphic Oracle). The voice of the frog was a borderline case, about whose cause even Aristotle was uncertain, but Kircher settled the matter by experiment. ‘We excited (a croak) in a recently dead frog by inserting a pipe through the ribs and into the trachea, then strongly blowing out the water collected in the gullet’. He concluded that the frog’s croak is not really a ‘voice’, but is caused by air violently expelled from the lungs and meeting with moisture: in short, a belch.

The often-reproduced plate of birdsongs shows the song of the nightingale transcribed into musical notation, and the songs of the cock, hen laying an egg; gathering her chicks, cuckoo, quail and parrot. The latter has been taught to say ‘Hello!’ in Greek; but that is nothing compared to a bird of the lark species, called gallandra, as we read in the accompanying text. A learned Portuguese friar, Damianus à Fonseca, kept a pet gallandra in his ‘museum’ and trained it to rattle off the Litany of the Saints, and much else, in a quasi-human voice. Kircher would never have believed this, had not he and others witnessed the bird’s performance in Father Damianus’s cell on 16 March 1648.
Joscelyn Godwin

Joscelyn Godwin was born in Kelmscott, Oxfordshire, England on January 16, 1945. He was educated as a chorister at Christ Church Cathedral School, Oxford, then at Radley College (Music Scholar), and Magdalene College, Cambridge (Music Scholar; B.A., 1965, Mus. B., 1966, M.A. 1969). Coming to the USA in 1966, he did graduate work in Musicology at Cornell University (Ph. D., 1969; dissertation: "The Music of Henry Cowell") and taught at Cleveland State University for two years before joining the Colgate University Music Department in 1971. He has taught at Colgate ever since.

“A valuable addition to the history and philosophy of science shelves, offering valuable insight into the life of one of the world’s last true polymaths.”

“The author and the publisher have taken real, prolonged, and exhaustive pains to make a beautiful book, and succeeded.”

Athanasius Kircher's Theatre of the World

His Life, Work, and the Search for Universal Knowledge

By Joscelyn Godwin
LIST PRICE $49.95
PRICE MAY VARY BY RETAILER