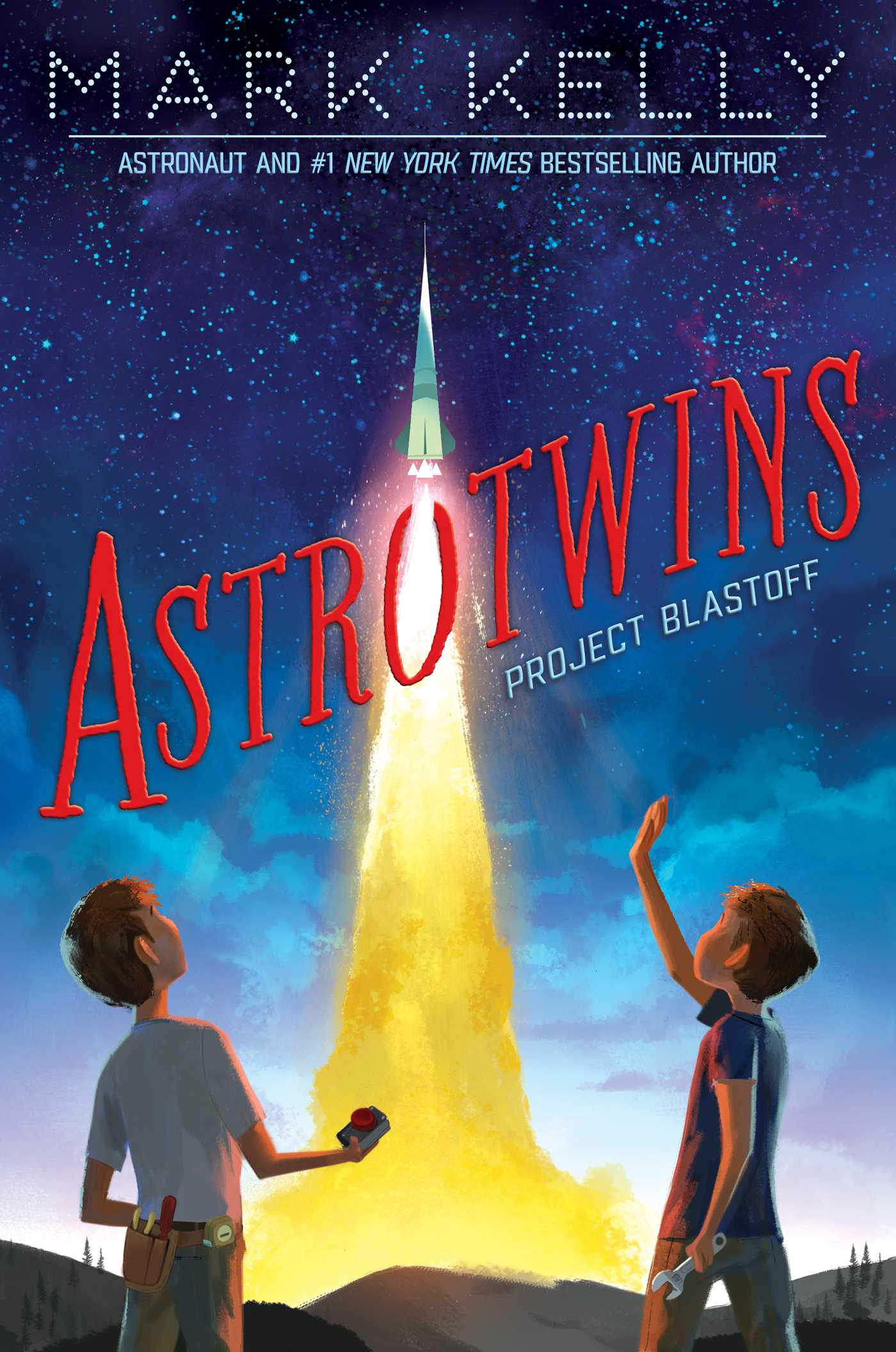 A team of middle schoolers prepares for blastoff in this adventure from the author of the New York Times bestselling Mousetronaut, based on the childhoods of real-life astronauts Mark Kelly and his twin brother Scott.

It’s a long, hot summer and Scott and Mark are in big trouble for taking apart (aka destroying) their dad’s calculator. As a punishment, they’re sent to their grandfather’s house, where there’s no TV and they have to do chores. And Grandpa is less tolerant of the twins’ constant bickering. “Why don’t you two work together on something constructive. What if you built a go-kart or something?” Grandpa suggests.

But it’s not a go-kart the twins are interested in. They want to build a rocket. With the help of Jenny, nicknamed Egg, and a crew of can-do kids, they set out to build a real rocket that will blast off and orbit the Earth. The question soon becomes: which twin will get to be the astronaut?

Written by a NASA astronaut with four space flights under his belt, this exciting story includes extensive back matter on the space program with fantastic facts and details.

This time the twins were determined. Nothing would go wrong.

Scott had stationed Major Nelson, the family’s big, brown, friendly mutt, at the back door to bark if Mom came home early.

They had assembled their tools.

And they were absolutely going to follow the advice Grandpa Joe gave them for anytime you took something apart: Lay the parts down in order so when you put the pieces back together, you can simply reverse the process.

“Yeah, and since we’ve made so many, we ought to be geniuses by now,” Scott agreed.

Mark laughed. “Okay, so go ahead. I’ll keep everything organized.”

With a screwdriver made for repairing eyeglasses, Scott removed two screws, which Mark placed in the top left corner of the newspaper.

Then—the best part—Scott removed the plastic backplate and the boys got their first look inside Dad’s calculator.

Exposed, the insides resembled staples, pushpins, and grains of rice, all of them tiny and arrayed around a white plastic rectangle. The biggest piece was the battery, which was easy to recognize and easy to remove. After that, there were six more screws.

Mark duly put each in its place on the newspaper.

“Should we take out the CPU?” Scott asked.

Mark knew CPU stood for “central processing unit,” that it was made of a material called silicon, and that it was the brains of the calculator. What he didn’t know was which piece it was, but no way was he going to admit that to his brother. “Sure,” he said.

Scott used the tip of the screwdriver to pry up the white plastic rectangle, and out it popped.

“Are you sure you can plug that back in there?” Mark asked.

“You mean, am I sure we can plug it back in there?” Scott said. “Yeah, of course. I think. And these are transistors, right?” He indicated black spheres that looked like beads.

Mark nodded. “I guess, but they sure look different from the ones in the TV.” Years ago, the boys had watched fascinated as the TV repairman worked on their old black-and-white set. After that, they decided to see what was inside other machines, like the clock radio, the sewing machine, and the lawn mower.

Usually, they got in trouble, but it was worth it.

Scott had just lifted up the calculator to examine the underside of the display when Major Nelson’s excited barking made him jump. “She’s home!” he said.

“We can’t take that chance,” Mark said and, hurrying, handed his brother each calculator piece to replace. Upstairs, their mom’s heels clicked on the kitchen floor as she put groceries away. Another sound—thump-thump-thump—meant Major Nelson was bounding all around her, hoping for a treat.

So focused were the boys on reassembly that they didn’t realize the danger till they heard Mom’s heels echoing on the wooden basement steps. By now the boys had been in this predicament so often, they knew the countdown.

2 . . . Mark made a last-ditch attempt to hide what they’d been doing, in the process yanking the newspaper off the workbench.

1 . . . Mom appeared in the doorway, just in time to see a scattering of tiny calculator parts bouncing every which way on the floor.

Ignition: “Boys!” Mom cried. “What in the heck have you done now?”

Mark Kelly is a retired astronaut and US Navy Captain. His picture book Mousetronaut, illustrated by C.F. Payne was a #1 New York Times bestseller. He flew his first of four missions in 2001 aboard Space Shuttle Endeavour, the same space shuttle that he commanded on its final flight in May 2011. In 2020 he will be running to represent Arizona in the United States Senate.