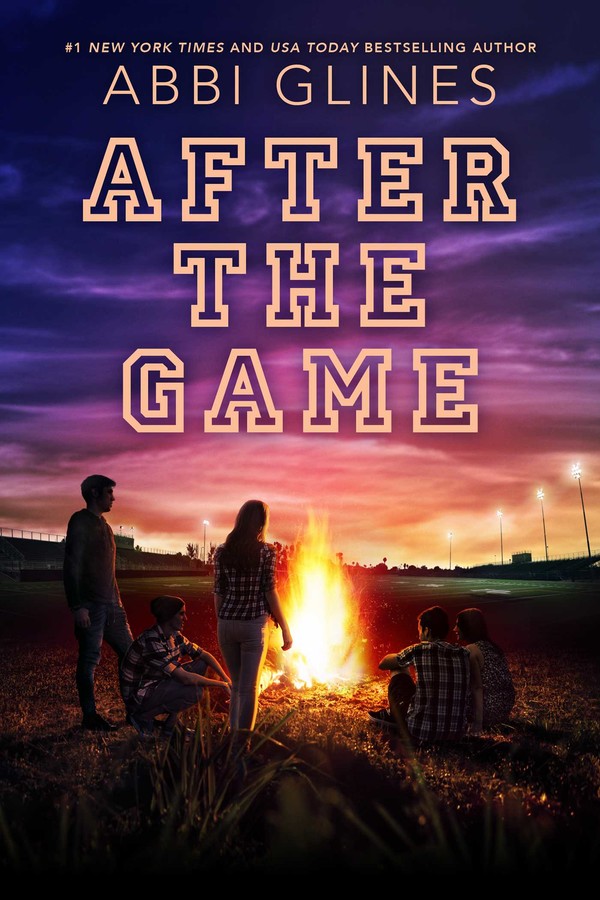 Two years ago, Riley Young fled from Lawton, Alabama. After accusing the oldest Lawton son, Rhett, of rape, everyone called her a liar and she had no option but to leave. Now she’s back, but she’s not at Lawton High finishing up her senior year. She’s at home raising the little girl that no one believed was Rhett’s.

Rhett is off at college living the life he was afraid he’d lose with Riley’s accusation, so Riley agrees to move back to Lawton so she and her parents could take care of her grandmother, who is suffering from Alzheimer’s. But the town still hasn’t forgotten their hate for her, and she hasn’t forgotten the way they turned on her when she needed them most.

When town golden boy Brady Higgens finds Riley and her daughter, Bryony, stranded on the side of the road in a storm, he pulls over and gives them a ride. Not because he cares about Riley, of course, but because of the kid.

But after the simple car ride, he begins to question everything he thought he knew. Could Brady believe Riley and risk losing everything?

After the Game I’m Some Hungwy CHAPTER 1
RILEY

The crash from the kitchen jerked me out of my dreams and into reality. Something was burning and Bryony wasn’t in bed beside me. Her sweet blond curls and big blue eyes were what normally met me when I opened my eyes.

Jumping up, I ran through the already open door of my bedroom and sprinted toward the kitchen. A million things ran through my mind as I went the short distance. Bryony never got out of bed without me. Another crash happened just as I turned the corner into the kitchen.

My grandmamma was standing at the sink with a frantic look on her face. The pot on the floor had been full of uncooked oats and milk, which were now splattered on the tile floor. Smoke was coming from the toaster behind her, and I moved quickly to jerk the plug out of the wall before things got worse.

“Momma,” Bryony’s sweet voice called out from behind me.

Spinning around, needing to see her face and know she was okay, I almost slipped on the milk under my feet.

The wild curls of her hair were sticking up everywhere as she stared up at me with wide eyes and a frown. “I’m some hungwy,” she said.

I reached down to pick her up before she stepped into the mess on the floor and cradled her against me. Holding her was enough reassurance to calm me down.

“Grandmamma was trying to fix you something, I see,” I said, looking toward my grandmother, who was now looking down at the spilled breakfast at her feet.

“I don’t know,” Grandmamma said. Her voice sounded lost, like she wasn’t sure what she was saying or why she was standing there. This was normal for her. Some days were better. Others were not. Today was not going to be a good day.

“I’ll put Bryony in her high chair and get her some cereal, and then I’ll clean this up. What do you want me to fix you, Grandmamma?” I asked her.

She turned her gaze to mine, and the confusion there always made me sad. The woman who had taught me to make biscuits and sang me songs while playing the pots and pans like drums was no longer there. She was lost inside her head.

“I don’t know,” she said, which were words I heard often.

I moved over to put Bryony in her high chair before going to take my grandmamma’s arm and move her away from the slippery mess. Most mornings I woke up earlier than my grandmother. Today I had overslept. My mom normally woke me up before she left for work, but today she either had tried and failed or had forgotten.

“I’m some hungwy,” Bryony said again. That was her way of telling me she wanted food, and now. If she’d woken up and found Grandmamma in the kitchen, she would have told her the same thing. For a moment, Grandmamma had known that meant she needed to feed her. But that brief memory left and she had dropped a pot. A dish was also broken on the floor with what looked like applesauce on it. Then, of course, the burned toast.

“Okay,” I told her and reached for a box of cereal to place some on her tray. “Eat this and let Mommy clean up the mess.”

Bryony picked up a piece of the round oat cereal and put it in her mouth.

“I broke a plate.” Grandmamma’s voice was full of concern.

“It’s okay. Accidents happen. I’m going to clean this up, then I’ll make you some of your favorite steel-cut oats with brown sugar and apple slices. Okay?” I assured her with a smile.

She frowned. “That’s my favorite?”

It was like dealing with another child. We hadn’t been back in Lawton, Alabama, long, but the time we had been back hadn’t been easy. Watching someone you love so much live lost in their own head was heartbreaking. Alzheimer’s was a terrible disease.

I turned my attention to my daughter and smiled. “Yes, she is. It’s breakfast time.”

“Sandra will be upset about her plate. She loved those plates. I’ll need to go into town and buy her a new one at Miller’s. Least I can do.”

To anyone else, those words might have sounded sane. Logical. But they were anything but. For starters, Sandra was my grandmamma’s sister who had passed away from cancer when I was three years old. And Miller’s hadn’t been open for business since 1985. The only reason I knew this was because Grandmamma had sent me to fetch something at Miller’s when we first moved back and I’d started out the door when Momma stopped me and explained. Grandmamma was living in the past. Roy Miller had passed away of a heart attack in ’85, and his family had closed the store and moved out of Lawton.

Instead of reminding her of all this, though, I had found just going along with it was easier. If I told her Sandra was dead or that Miller’s was closed, she’d go into a fit of hysteria. That was what she knew and remembered today. So I ignored her comment and cleaned up the floor before getting a pot of oats on the stove cooking properly, then disposed of the burned toast out the back door.

“Do you know where I put Lyla’s applesauce? She needs to eat some this morning. I made it fresh yesterday from the apples I got at Miller’s.”

Lyla was my mother. That was another thing that Grandmamma confused. She often thought Bryony was my mother when she was a baby. Again lost in the past.

“I’ll get her some applesauce. You just sit there and relax. I’ll get you some juice. Watch the pretty birds outside. They’re eating the birdseed we put out yesterday.” That got her attention, and she began watching out the large bay window for the birds.

Mom only worked until noon today at the hospital. I would be able to take Bryony out for a walk and to the park after lunch. I needed to get them fed and start the morning chores so we would have plenty of time later to go play. The sun was shining and the warm days were behind us. The cool autumn air was perfect for being outside. And Bryony loved to pick up the different-colored leaves on the ground. She called them her “cowection.”