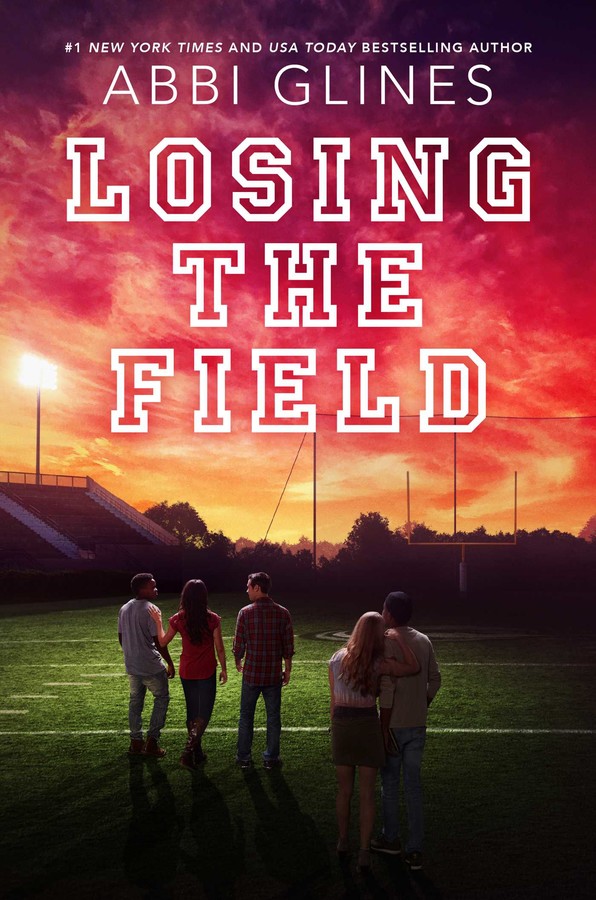 Tallulah Liddell had been defined by her appearance for as long as she could remember. Overweight and insecure, she preferred to fly under the radar, draw as little attention to herself so no one can hurt her. The only boy who did seem to ever notice her was her longtime crush, Nash Lee. But when he laughs at a joke aimed at Tallulah the summer before their senior year, Tallulah’s love dissipates, and she becomes determined to lose weight, to no longer be an object of her classmates’—and especially Nash’s—ridicule.

Nash Lee has it all—he’s the star running back of Lawton’s football team, being scouted by division one colleges, and on track to have a carefree senior year. But when an accident leaves him with a permanent limp, all of Nash’s present and future plans are destroyed, leaving him bitter, angry, and unrecognizable from the person he used to be.

Facing a new school year with her new body, Tallulah is out to seek revenge on Nash’s cruelty. All does not go according to plan, though, and Tallulah and Nash unexpectedly find themselves falling for each other. But with all the pain resting in each of their hearts, can their love survive?

“Is she new?” I heard whispered yet again as I walked into the doors of Lawton High School. I’d heard that question as I passed at least three other groups of students. People I’d gone to school with since preschool. I had often wondered if some of them even knew my name. They never spoke to me. Hardly acknowledged me.

I had blamed them for so long. However, over the summer I’d come to realize a lot of things. One being I was the one who tried to be invisible. I was shy. I didn’t want attention drawn to me. Often when I did get attention it was hurtful, and I kept to the shadows as much as possible. So if they didn’t know my name, then it was because I had done nothing notable. Nothing to look back on one day and be proud of.

This year would be different. I wasn’t hiding now. I was tired of being the butt of everyone’s jokes. I would make my senior year one to remember. One to be proud of. I was even going to join . . . something. Maybe the yearbook staff or possibly try out for the dance team. I could dance. That was my little secret. When I had weighed more than society thought I should, I hadn’t wanted to dance in front of anyone. It was something I did alone.

“Hey, new girl!” a male voice called out. Since I wasn’t new, I ignored him. But I did glance slightly to the left to see who it was. Asa Griffith. I almost paused. He was good friends with Ryker and Nash Lee. Ryker I didn’t care about, but Nash . . . let’s just say that my hurt and anger because of him were what kept me going all summer. When it was so hot I thought I’d melt, but I walked anyway. When I really wanted some hot-from-the-oven cookies, but I ate an apple instead. It had been revenge. Admitting it wasn’t something that I was proud of, but it was the truth. I hated Nash Lee. But that hate had driven me to lose weight.

Before I could think too long and hard about it, I stopped and turned to Asa Griffith. He was attractive, popular, and would be the Lawton Lions star running back now that West Ashby had graduated. Asa gave me a flirty grin I had never seen before. Guys like Asa didn’t smile at girls like me. Or they hadn’t. I realized how shallow they were now that I was thin. My plan for revenge may be something ugly. But so was the way they treated girls due to their weight. Inside I was the same. No, that wasn’t true; inside I was angrier now.

I didn’t know how to flirt. I was one to shrink near a corner. So I just stared at him. Waiting to see what would come out of his mouth next.

“Asa,” he said with a nod as he closed the distance between us. “You just move here?”

“No,” I replied. This question I had prepared for. I was going to enjoy it. Seeing the looks on their faces when they found out they’d known me for years.

He was still smiling, but he looked confused. “Homeschooled?” he asked.

“No, Asa. We had Literature together last year. Economics the year before that. In fifth grade you tripped me in the hallway, and my books went everywhere. It was an accident. At least I assumed it was since you helped me pick up my books.”

That was more fun than I realized it would be. He stood there frowning. I wondered if he even knew my name. It only fueled the fire inside me. My revenge seemed justified.

“Asa,” a familiar voice called out, then a pause. I turned my head and met his gaze head on. He wasn’t the one I hated. He had never noticed me before. He’d not been someone I expected to be better than that. Nash had been. But Ryker Lee had been there. He had said the words. Made the joke. The one that had cut deep enough to change me.

“Well, hello,” Ryker Lee said with a drawl. Then as he got closer to me, I saw the confusion in his eyes. Slowly that turned to clarity. He recognized me. “Holy shit,” he muttered.

I let him take in my transformation. As he let out a low whistle that I found insulting, Asa said “What is it?” He was still confused.

“Tallulah, right?” Ryker said when his eyes stopped gawking at my body and found my face.

“Tallulah.” Asa said my name as if it were familiar, but he just couldn’t place it.

“The summer was good to you,” Ryker finally said, a slow smile spreading across his face.

I wanted to say that I had in fact worn a bathing suit. But I held that close. He didn’t need to know I’d heard him. I also didn’t want to hear his apologies.

“Likewise,” I said, although I gave him a forced smile. “Have a good day,” I added, then walked away. That was done. My first conversation with those close to Nash. As much as I didn’t want to talk to them. Ryker had never spoken to me before. Why should I speak to him now? But I had to. My plan was to be accepted into Nash’s world and then completely ignore him. Embarrass him in front of his friends. Let him see how it felt. Then, when I was satisfied, I’d walk away from all of that crowd. Find a path that fit me and be happy. But not yet.

I stopped walking and glanced back at him. “Yes?”

It was all I could do not to roll my eyes. I simply nodded.

Seriously? It was this easy? He didn’t know me. Had no idea if I was intelligent, had a sense of humor, had any ambition in life. But he saw how I looked in this short skirt, and that was all it took. I had his complete attention.

His eyebrows shot up. “Gorgeous and smart. We’ve got that one together. I’ll walk with you.”

We had been in advanced classes together since ninth grade. Something he didn’t recall. But I did.

“Okay,” I agreed, then saw Ryker watching me. I gave him a smile and little wave that I assumed was flirty before walking toward the entrance with Asa.

“I’m having a hard time believing we’ve been in school together since elementary and I don’t remember you. Although your name is familiar.”

For a smart boy, you’d think he would realize how admitting he didn’t remember me made him seem like a jerk.

“I doubt you notice fat girls.” The distaste in my tone was unavoidable. I could only take so much.

I turned my head until my eyes met his. “No, Asa, not now. Not anymore. But the Tallulah you don’t remember was fat.”

Slowly I could see the recognition in his eyes. They grew wider, and then his mouth dropped open slightly. Maybe he did remember the fat girl in the corner. My face was thin now, but it had all the same features. If he’d ever taken the time to look at me then, he’d see that.

“You gave me your notes last year when I missed class for a week with the flu,” he whispered. Like he was too amazed to talk in his normal tone.

He stared at me then. I wondered how many other memories of me he was recalling. I let him stare. Remember the girl I once was, because that girl was nicer. Kinder. This one wasn’t.

This Tallulah was going to leave her mark, then walk away.