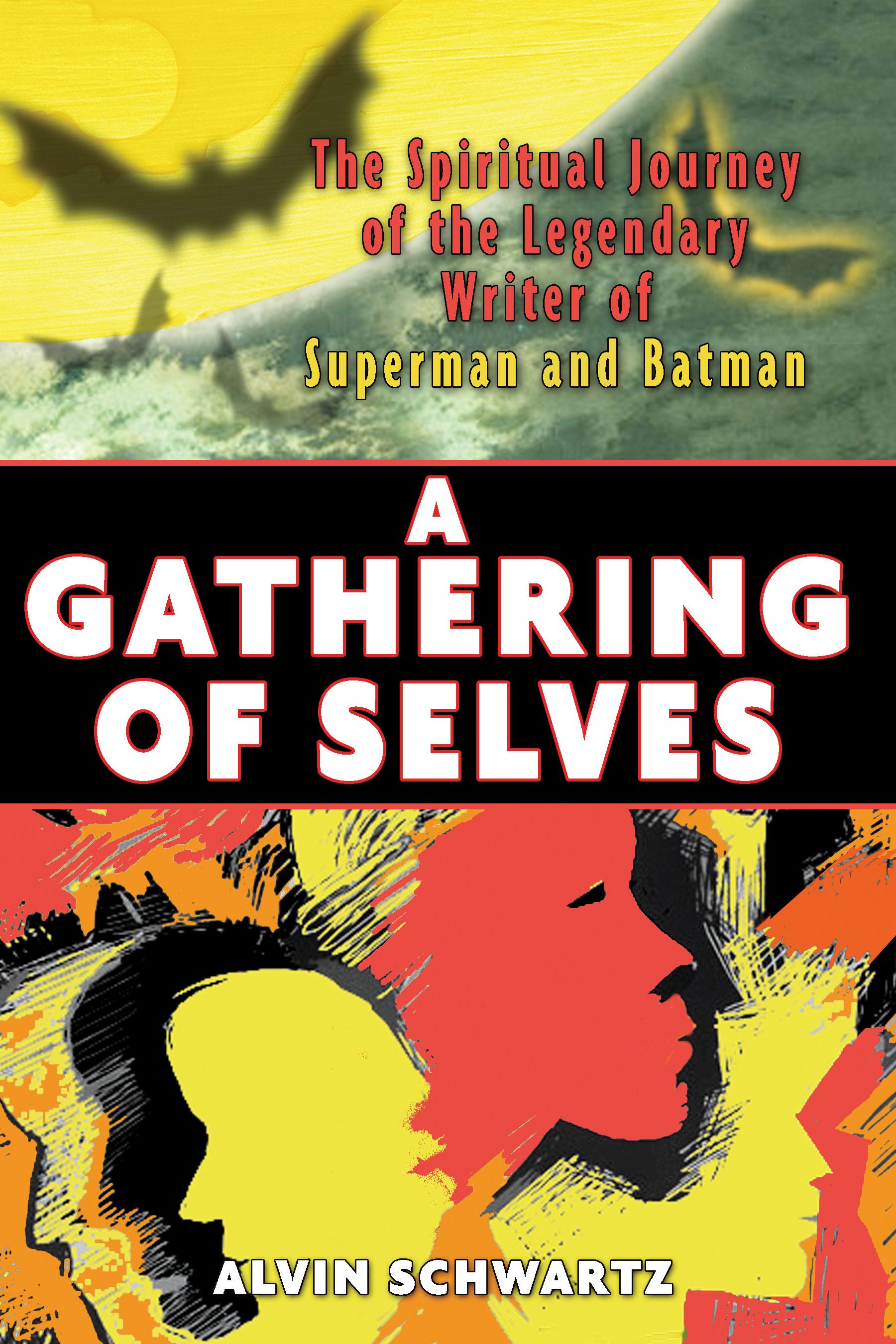 A Gathering of Selves

The Spiritual Journey of the Legendary Writer of Superman and Batman

By Alvin Schwartz
LIST PRICE $16.99
PRICE MAY VARY BY RETAILER

Continuing on the Path without Form introduced in An Unlikely Prophet, Alvin Schwartz discovers the many selves that dwell within a being.

For 17 years Alvin Schwartz lived a double life, one half of which was spent writing the adventures of Batman and Superman, the other half writing novels and spending time with members of New York’s intellectual society such as Saul Bellow and Jackson Pollack. During this period, his characters had taken on lives of their own, and he realized that his writing of their adventures was more like dictation than creation. He found that personalities can be taken off and on like the suits worn by his superheroes and that the lives of Batman and Superman were melding into his own. The journey of inner awareness that Schwartz undertook at the prompting of the tulpa Thongden (who appeared in his earlier book An Unlikely Prophet) evoked a great sense of metaphysical unrest, which is where this story begins. With the aid of his mentor Thongden, Schwartz is carried beyond the ordinary boundaries of personal identity into an interpersonal consciousness inhabited by a multitude of selves, including the dark figure of Batman.

While in An Unlikely Prophet Schwartz was able to channel the ever-present figure of Superman into a positive voyage of self-discovery, in A Gathering of Selves he uses the raw strength offered by Batman to carry him to the next stage of understanding: What we think of as “self” is but one layer of an onion-like structure of multiple selves that co-exist, representing the foundation of the fundamental unity of all being.

She reached up and put her hands on my shoulders. “Are you glad to be back? Does it matter? I mean--” She shook her head quickly. It was almost a shudder. I could see the glisten of tears in her eyes. “--is this where you prefer to be?”

“Yes,” I said, knowing it was the only thing I could say. I could not admit to her I was also sorry to have left the other life. But perhaps, in telling her about it, I could bring her into it with me. I took her by the arm, leading her back into the living room.

“Did he hypnotize you? Is that how he did it?”

“No, he helped me through his breathing techniques. Somehow, he seemed able to enter that same state with me. All through it, I could feel him alongside me. After a time, when I became aware of the room again and the sound of his voice, I also remembered images of another life. And a strange name that I couldn’t pronounce. I asked him what had happened.”

“We found your parallel self,” Thongden said. “The financier.”

“With a strange name?”

“I suppose you could call it strange. The name was Bazenrüd. Hungarian, actually.”

“And this Bazenrüd, is me?”

“If you try to think of this other personality along a time track, as someone you might have been in the past, then you’d have no trouble understanding what a reincarnational personality is? Am I correct?”

“I suppose so. Somebody I once was, but not me. Although talents acquired in an earlier life can sometimes show echoes in my present one?”

“That’s the commonly accepted notion. Except that in reality, all these so-called past lives, and you’ll have to include future lives as well, are all going on at once.”

I nodded. “A little hard to grasp, but--” And then a sudden irruption of memory trapped my attention. “--Bazenrüd, I remember that name now. There was an article I picked up in a magazine at the dentist’s, maybe ten, twelve years ago. Way back. But as I recall it, this fellow was sort of a shady arms dealer? Very wealthy? Very secretive? Very powerful? Lived a kind of mysterious underground life?” I grew excited, my voice rising a little higher with each burst of returning memory.

“Mostly correct. Except for the arms dealer. What he was, or is, is a financier. Never dealt in arms at all. But by getting to know him, you might be able to do a better job dealing with your own finances.”

“How do I do that? And where do your plans come into it? I’m not forgetting that part of it.”

“So many questions,” Thongden said. “But you don’t really have to do anything.”

“No, I meant about my problem. It will happen by itself.”

“There’s someone out to get rid of you, you tell me, and you send me back there, and then you say I don’t have to do anything? How do I even find this would-be assassin?”

“It will happen,” Thongden said. “It’s not a thing like knowledge. It has more to do with the way events are constructed. There’s the aspect of grace, and there’s the dark side. A kind of split series of space-time events. You and I are obviously here for the purpose of uniting a specific group of space-time events. It is why we have crossed at this point, and why you have drawn this particular timeline. You are here to help me. Through your own financial problem.” He paused, studied me for a moment as though to see how well all this was going down, then proceeded: “Every possible outcome can occur. The one you experienced thirteen years from now does not disappear, because you have created the timeline that connects it to this present. But it’s no more real than the one you can help us create now. All planes of being are possible. Without affecting the plane you find yourself on in this moment, you can still help bring about that other possibility.”

Now he had really lost me. “What other possibility?” I said. Thongden made me sit in the big chair facing his desk. He brought his face close to mine as though through some force of his own being he could help me digest what he was saying. “In the multi-layered universe, as it really exists,” he explained carefully, “there are clumps of events that belong together, that are related in a kind of non-causal grouping, their connection having to do with value and meaning rather than material events. And that is why, if you pursue your own financial goals, you will bring everything else along with you.”

“Of course not. I’m not omniscient.”

“Because if you don’t do it,” he said, “you’ll wind up a pauper in your final years. That’s guaranteed.”

“Death cannot be in my experience. But I can certainly be dissolved.”

“That’s what they’re working on?”

“According to Nelson Rimpoche.”

“So our only choice, then, is Bazenrüd?”

“Which, even though it’s not guaranteed, is a better choice than doing nothing. Wouldn’t you agree?” he finished, fixing me with his familiar craggy smile.

He started me on it with his customary technique of nadi-sudi. I felt it going on for a long time. Until . . . there I was sitting in a familiar chair, looking out a window. And exactly as we always presume a personal history in dreams, I knew exactly who I was, how I had gotten where I was, what I was doing at that moment. But I was not Alvin Schwartz. I wasn’t Bazenrüd either. My name was Edward Horgan and I had never heard of Bazenrüd.
Alvin Schwartz

Alvin Schwartz (1916-2011) wrote Superman and Batman strips as well as many other DC comic-book titles during the 1940s and '50s. In 2006 he received the Bill Finger Award for Excellence in Comic Book Writing. He was the author of An Unlikely Prophet and The Blowtop, which was described by the New York Times as the first conscious existentialist novel in America. He also wrote a number of screenplays and some 30 docudramas for the National Film Board of Canada.

“Alvin Schwartz is clearly one of the most amazing people ever to work in--maybe even out of--the nutty field of comic books. Channeling first Superman, then Batman, into an astonishing inner life and an equally astounding outer one, Alvin was living his life as a graphic novel before the term ever existed. Quite fitting for this unique talent and singular human being, who started out writing Fairy Tale Parade and made his four-color exit at stage left with Bizarro!”

A Gathering of Selves

The Spiritual Journey of the Legendary Writer of Superman and Batman

By Alvin Schwartz
LIST PRICE $16.99
PRICE MAY VARY BY RETAILER