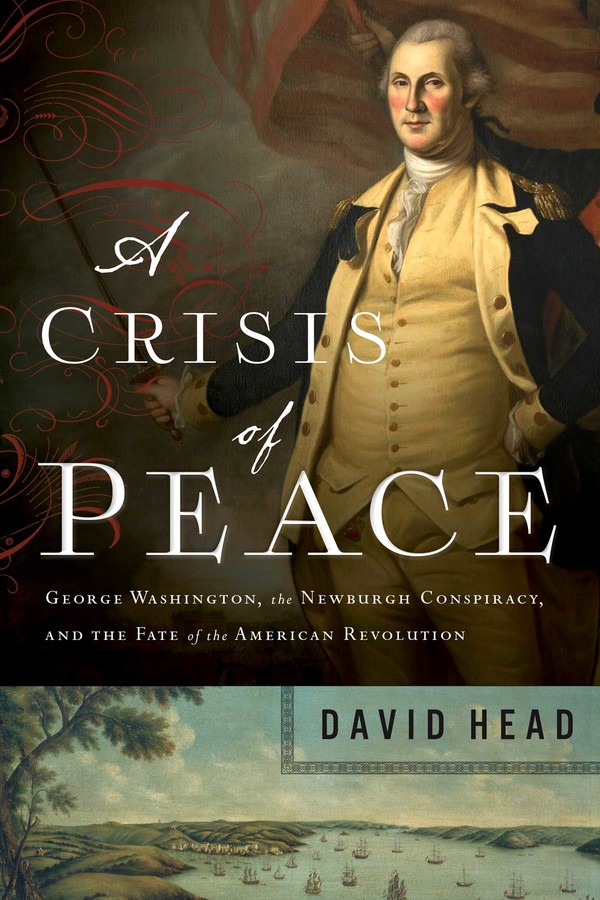 The dramatic story of George Washington's first crisis of the fledgling republic.

In the war’s waning days, the American Revolution neared collapsed when Washington’s senior officers were rumored to be on the edge of mutiny.

After the British surrender at Yorktown, the American Revolution blazed on—and as peace was negotiated in Europe, grave problems surfaced at home. The government was broke and paid its debts with loans from France. Political rivalry among the states paralyzed Congress. The army’s officers, encamped near Newburgh, New York, and restless without an enemy to fight, brooded over a civilian population indifferent to their sacrifices.

The result was the so-called Newburgh Conspiracy, a mysterious event in which Continental Army officers, disgruntled by a lack of pay and pensions, may have collaborated with nationalist-minded politicians such as Alexander Hamilton, James Madison, and Robert Morris to pressure Congress and the states to approve new taxes and strengthen the central government.

A Crisis of Peace tells the story of a pivotal episode of George Washington's leadership and reveals how the American Revolution really ended: with fiscal turmoil, out-of-control conspiracy thinking, and suspicions between soldiers and civilians so strong that peace almost failed to bring true independence.

A history professor at the University of Central Florida in Orlando, David Head's research has been supported by the National Endowment for the Humanities and by George Washington's Mt. Vernon. His prior academic books benefited from an Andrew W. Mellon Foundation Fellowship at the Library Company of Philadelphia and the Historical Society of Pennsylvania, a Gilder Lehrman Fellowship at the New-York Historical Society, and a Lord Baltimore Fellowship at the Maryland Historical Society. Head's previous work in the academic community has been honored with several awards and prizes, including Mystic Seaport Museum's John Gardner Maritime Research Award and the Society for Historians of the Early American Republic's Ralph D. Gray Article Prize.

This accessible history illuminates an obscure but significant chapter in American history.

“Meticulous and balanced, A Crisis of Peace lays out the vitally important circumstances that led to a critical moment in our nation's history and Washington’s indispensable role in preserving the peace.”

“This work is written in a flowing and engaging style that is accessible and yet maintains rigorous standards for scholarship. Head writes with a sense of humor that is sure to bring some extra delight to readers. For anyone interested in the end of the war and the social, political, and economic factors of the time, this book is a must read.”

– Journal of the American Revolution

"Vividly written. Captures the perilous period when Washington’s fundamental decency meant more to the nation than more glorious qualities might have."

– David O. Stewart, bestselling author of The Summer of 1787

"A superb historian who writes in beautiful detail about the heat of political competition. With a rich cast of characters, this book delivers a keen chronicle of a much-vaunted ‘conspiracy.’"

"David Head tells the story masterfully with new details and expert drama, putting the crisis in both a contemporary context and showing its relevance for all ages."

"A thoroughly original take on one of the most critical moments in history that would determine no less than the success or failure of the American Revolution."

– Craig Bruce Smith, author of American Honor: The Creation of the Nation’s Ideals during the Revolutionary Era

"A masterful job telling the story of how the American Revolution ended. Thoroughly researched and superbly written, keeping the reader engaged until the end. A must have book."

"With an energetic pen and a are for a good phrase, David Head recounts in intimate detail one of the United States’ most perilous moments."