David Patrick Gilkeybegan his professional career in South Africa where he joined some of the world's most famous photojournalists covering violence in the townships. A half a dozen wars later (Somalia, Rwanda, Kosovo, Sudan, Afghanistan, Iraq), David hit his stride working for theDetroit Free Press. While there his coverage of the Michigan Marine unit through an entire deployment to Iraq won an Emmy Award. David joined NPR in 2007, continuing to cover conflict and international news. During his tenure at NPR, he received the George Polk Award for his coverage of the U.S. military, won the Robert F. Kennedy award for his coverage of Haiti, the Peabody Award and Edward R. Murrow Award for his coverage of Ebola, and was named Still Photographer of the Year by the White House News Photographers Association. Photo Editor: Chip Somodevillamet David Gilkey at theDetroit Free Pressand they covered the Iraq war together. He is now a senior staff photographer for Getty Images based in Washington, DC, covering US politics. Among the many awards Somodevilla and his work have won are the Michigan Press Photographer of the Year, Political Photo of the Year and Photographer of the Year from The White House News Photographers Association. He and his team at Getty were finalists for the 2016 Pulitzer Prize and he was named Photographer of the Year by the National Press Photographers Association in 2019. A graduate of the University of North Texas, he lives in Maryland with his wife, son and daughter. Photo Editor:Ariel Zambelichworked extensively with David Gilkey as the Supervising Editor of Photography for NPR Visuals. Currently she's the Senior Photo Editor atThe Interceptin New York, where shecollaborates with the newsroom to tell investigative stories through photojournalism, illustration, and design.Her photojournalism has appeared in theNew York Times, The Atlantic, New York Times Magazine, theWashington Post, Bloomberg Businessweek, Etiqueta Negra, M le magazine du Monde,andThe Fader.She was also a photo editor and photographer forWired, and co-director of a documentary photography gallery in San Francisco. Text Editor: Quil Lawrencemet David Gilkey in 2002. They both covered Iraq and Afghanistan for the next ten years. Quil served as NPR's Bureau Chief in Baghdad and Kabul and reported from throughout the Middle East. In 2012, Quil returned to the U.S. to cover veterans for NPR, a beat that he developed with David. Quil won a Robert F. Kennedy Award and a Gracie Award for his reporting on American war veterans. Iraq and Afghanistan Veterans of America gave him their 2019 Award for Leadership in Journalism. He is the author ofInvisible Nation: How the Kurds' Quest for Statehood is Shaping Iraq and the Middle East. Quil lives in Brooklyn with his family. Designer: Bonnie Briantis a graduate of NYU's Tisch School of the Arts where she studied Photography and Imaging. Bonnie's versatility has allowed her to design award-winning books about everything fromDisco Night 9-11by Peter Van Agtmael about the War on Terror toThe Family Imprintby Nancy Borowick, intimate portraits of a family's trials with cancer. She has worked with the Metropolitan Museum of Art, Bronx Documentary Center, Aperture, Damiani, Rizzoli and powerHouse. Photo District News (PDN) Photo Annual Awards have honored at least one of her books every year since 2014.

Get updates about David Gilkey and recommended reads from Simon & Schuster.
Plus, get a FREE ebook when you sign up! 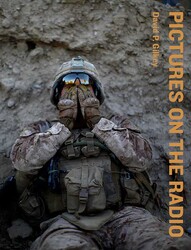