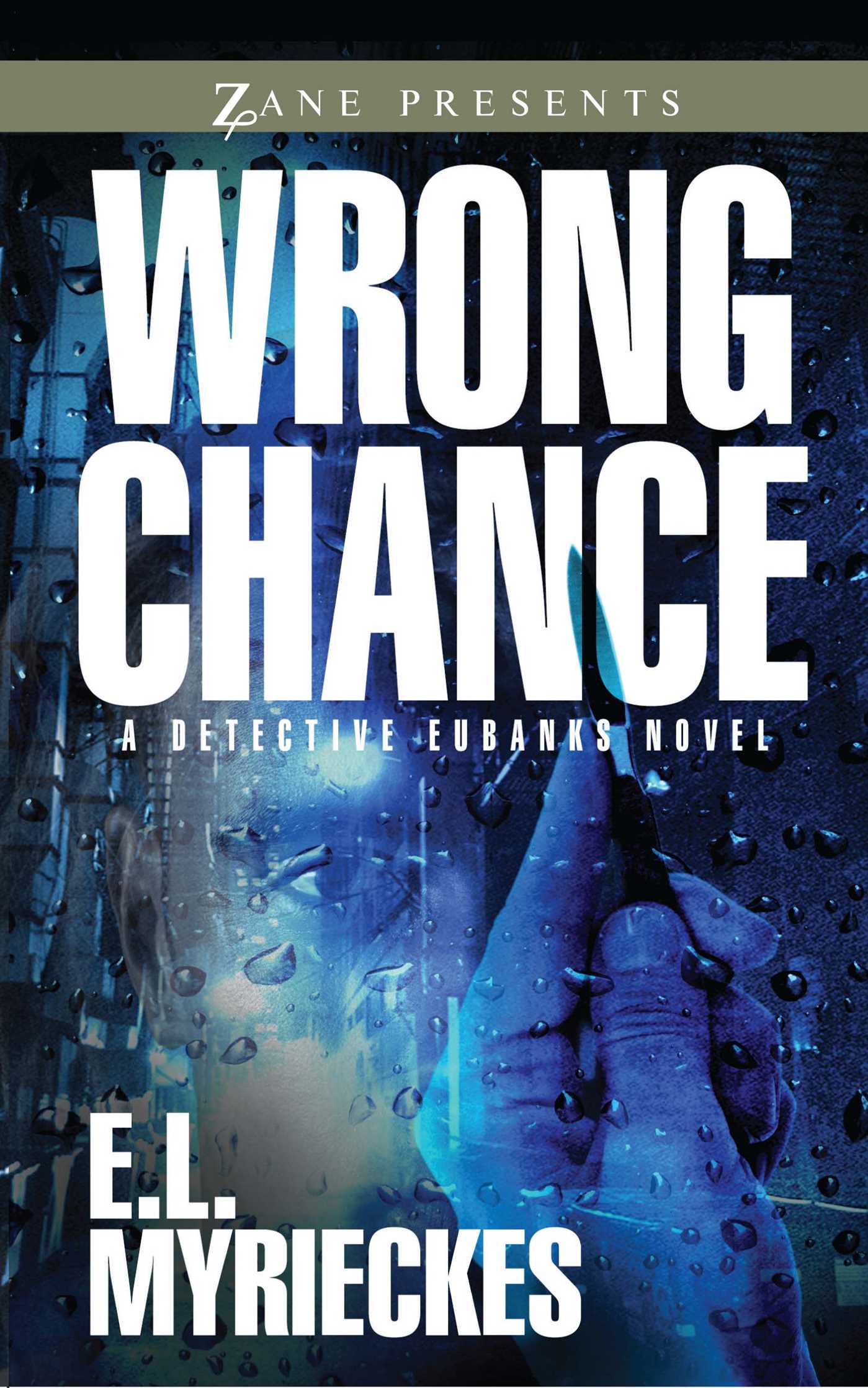 The first mystery of the Detective Eubanks series: a gripping look inside the mind of a serial killer who’s obsessed with starting a family.

The victims should have known the psychopath would take it personally…

A strange quirk of fate staggers the hell out of Chancellor Fox with a sucker punch—a knockout blow at that. Who would have ever guessed a car accident would derail so many lives? When an unforgiveable web of lies and deceit surfaces, his wrath is unleashed.

It started with a group of Cleveland State University students. Their sophomoric prank stalls ten years later with a string of dead bodies. For homicide detectives Hakeem Eubanks and Aspen Skye, the hunt is on to bait and snare a clever serial killer. One problem, though: getting caught is part of the psychopath’s ingenious plan.

With the rapid pulse of a Jeffery Deaver novel spiced up with supernatural activity, Wrong Chance will keep your heart racing until the shocking finale.

Wrong Chance ONE
Death was the only solution. Killing herself was more humane than facing the truth of how she destroyed their family. She authored the suicide letter in an admirable script, which explained each and every sickening detail, and left it neatly folded on his junky desk. She purposefully placed the suicide letter between his self-proclaimed Bible, The 48 Laws of POWER, and his Animal Lovers magazine. Without the shadow of a doubt, she knew for certain her husband would find it there.

When he was home, he spent more quality time at that damn desk—smoking marijuana, frolicking with the computer, playing email tag with his burnt-out animal enthusiasts, updating his Facebook account—than he did doing anything else, other than trying to get her pregnant.

She stood in the doorway of their nursery with a .45 automatic dangling at her side. A tear rolled down her face. Despair swallowed huge chunks of her soul without chewing first. She wondered how he’d found the time between the long hours he put in at the veterinarian hospital and traveling the country to participate in moral protest to design such an elaborate nursery for their unborn child. Then the next thought slammed into her gut like a fist: He would be the epitome of the “World’s Greatest Dad” cliché. But she robbed him of that honor, which was part of the reason she knew killing herself was easier than taking on the truth.

She raised the .45 automatic to her temple and quickly realized the weapon was much too heavy to hold there while she choked up the raw nerve it took to pull the trigger. Switching positions, she gripped the polished handle with both hands and shoved the barrel under her chin like she had seen on TV. Better. Comfortable. I can do this.

There was no way she could come clean and stick around for the aftermath. He would snap; it most certainly would be nasty.

Tears rimmed her eyes, obscuring her vision of the baby crib.

She eased the hammer back, building up the grit.

She curled her trembling finger around the trigger.

She swallowed the lump in her throat and swore to herself that she’d do it on the count of three. End the lies. Escape the consequences. Get it over with. Check out. Her armpits were soaked with anxiety.

“Two.” This time she counted out loud, as if that would make the transition to three easier.

The phone rang once and frightened the shit out of her. She almost shot herself too soon. Their answering machine took the call. Her recorded voice said, “Hello, this is Cashmaire Fox.” His: “And the one and only Chance Fox.” Together, the perfect couple said, “We’re not home. Leave us a message at the sound of the beep.” Then the machine beeped.

“Cash, I’ve been sort of poking around with a few thoughts.” It was him on the line: Chance Fox. “Since I’m a career moron, thinking isn’t my most effective suit.”

Cash opened her eyes. A single tear leaked and splashed onto her hand, as she visualized Chance while he spoke: blond dreadlocks pulled into a neat ponytail that pronounced a face so handsome that everyone considered him a pretty man.

“You’re right about me not spending enough friggin’ time in the dungeon. I just get caught up in my work and missing you bums me out…”

Cash listened to the rhythm of his breathing while he searched his mind for more words.

“While our crumb snatcher bakes in your oven, I’ll be beside you the entire time. You’re all I have and I love you.” He sighed. “So I’ll be at doctor visits, Lamaze class, and the whole nine yards.” Then: “I leased a building ten minutes away from the dungeon. I’m opening my veterinarian practice there so I can always be near you and our little dude.”

Cashmaire wished he would shut up. He was making it difficult to get to number three. She had to pull the trigger. She just had to, didn’t she?

“Honest to goodness, dudette, you’re the chick I’ve dreamed about my whole life: honest, intelligent, and gorgeous. Damn, I’m getting a serious boner just telling you how I feel. I mean…your idea of a perfect world—strange, I know—coincides perfectly with mine. Forgive me for not being attentive to your needs. You are important to me. Family means everything. I love you and our son so much. There are no lengths I won’t go through to keep our family together or to eliminate anyone who tries to destroy our perfect world.” Then: “Law 15: Crush Your Enemy Totally.”

Cash dropped the .45 automatic and crumpled into a pile of tears and regret.
E. L. Myrieckes

Under the pen name of Oasis, E. L. Myrieckes is the author of Duplicity, Push Comes to Shove, Eternal Flame, and the coauthor of White Heat. He is a craft expert and has taught creative writing for nearly twelve years.