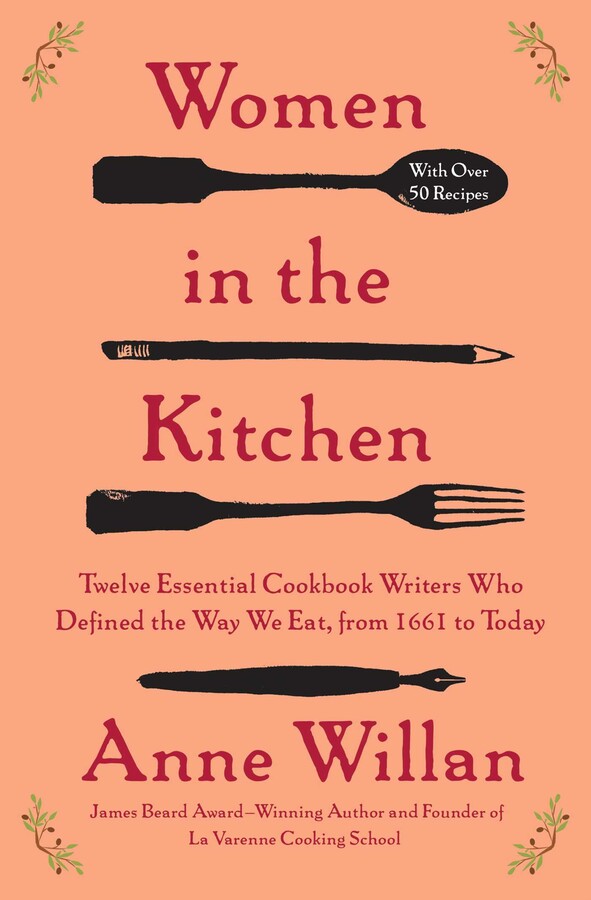 Women in the Kitchen
By Anne Willan
Read by Imogen Church

Women in the Kitchen

Twelve Essential Cookbook Writers Who Defined the Way We Eat, from 1661 to Today

By Anne Willan
LIST PRICE $12.99
PRICE MAY VARY BY RETAILER

Culinary historian Anne Willan “has melded her passions for culinary history, writing, and teaching into her fascinating new book” (Chicago Tribune) that traces the origins of American cooking through profiles of twelve influential women—from Hannah Woolley in the mid-1600s to Fannie Farmer, Julia Child, and Alice Waters—whose recipes and ideas changed the way we eat.

Anne Willan, multi-award-winning culinary historian, cookbook writer, teacher, and founder of La Varenne Cooking School in Paris, explores the lives and work of women cookbook authors whose essential books have defined cooking over the past three hundred years. Beginning with the first published cookbook by Hannah Woolley in 1661 to the early colonial days to the transformative popular works by Fannie Farmer, Irma Rombauer, Julia Child, Edna Lewis, Marcella Hazan, and up to Alice Waters working today.

Women in the Kitchen is an engaging narrative moves seamlessly moves through the centuries to help readers understand the ways cookbook authors inspire one another, that they in part owe their places in history to those who came before them, and how they forever change the culinary landscape. This “informative and inspiring book is a reminder that the love of delicious food and the care and preparation that goes into it can create a common bond” (Booklist). 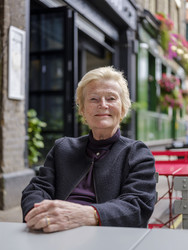 Anne Willan founded La Varenne Cooking School in Paris in 1975 and has written more than thirty books, including the double James Beard Award­–winning, The Country Cooking of France, the Gourmand Award­–winning The Cookbook Library, and the groundbreaking La Varenne Pratique, as well as the Look & Cook series, showcased on PBS. In 2013, she was inducted into the James Beard Foundation Awards Hall of Fame. Willan serves as an Emeritus Advisor for The Julia Child Foundation for Gastronomy and the Culinary Arts. She divides her time between London and the south of France.

"An edifying survey of 12 women whose groundbreaking cookbooks span some 350 years. Ms. Willan enriches her social history with a few of each woman’s most tempting recipes."
—Heller McAlpin, The Wall Street Journal

“Most of the cooking of the world is done by women. I myself was taught by women cooks, my mother and aunts ran their own restaurants. Women in the Kitchen is an enlightening, fascinating journey with the formidable women cooks who made history by creating the rich and complex cuisine of today’s America.”
—Jacques Pépin

“Anne Willan, one of the great cookbook authors of our times, pays tribute to her predecessors and a few contemporaries in this glorious book that celebrates the achievements of women in the kitchen and on the page. Replete with recipes, historic and updated for modern cooks, Women in the Kitchen is nothing less than an absolute delight.”
—Ken Albala, Professor of History, University of the Pacific

“This beautifully curated collection makes a strong case for the importance of cookbooks and the power of women’s voices. Anne Willan shows how female cookbook writers from the seventeenth century to the present have been in the vanguard of progressive change. Her twelve engaging chapters explore the history of cookbooks and give us a taste of each era in delectably modernized recipes. This is a book for both library and kitchen.”
—Darra Goldstein, Founding Editor of Gastronomica

“Anne Willan reminds us that the cookbook authors who really have shaped the way we live in our home’s kitchens predominantly have been women. With biographical sketches of a dozen of the most important writers, ranging from 17th century Hannah Woolley to contemporary Alice Waters, she brings their work to life. And even more fun, she includes sample recipes from each, updated to work for modern cooks.”
—Russ Parsons, author of How to Pick a Peach

"Lyon was the capital of “les mères” and as a young chef I was blessed to work at La Mère Blanc, a female dominated kitchen. The graceful, casual, yet refined approach to cooking was unforgettable for me. Anne’s book, brings me back to the sensibility and devotion of a simple and soulful cuisine."
—Daniel Boulud, Chef & Restaurateur

"Noteworthy... traces the development of American cuisine via the contributions of 12 female cookbook writers."
—The New York Times

"Examines the recipes of a dozen cooks who made groundbreaking contributions across the food industry... these women reshaped the practice of home cooking and broke barriers in the male-dominated food industry."
—Smithsonian Magazine

"Willan has melded her passions for culinary history, writing and teaching into her fascinating new book."
—Chicago Tribune

“The stories of these women are both informative and inspiring, and the book is a reminder that the love of delicious food and the care and preparation that goes into it can create a common bond.”
—Booklist

"A tasty, digestible volume... Willan draws from a deep well of knowledge and passion to craft a clearly written, cohesive chronicle of the evolution of American and British cuisine... Approachable and charming, this text allows readers to learn about the lineage of women cooks while participating in it."
—Kirkus Reviews

Women in the Kitchen

Twelve Essential Cookbook Writers Who Defined the Way We Eat, from 1661 to Today

By Anne Willan
LIST PRICE $12.99
PRICE MAY VARY BY RETAILER