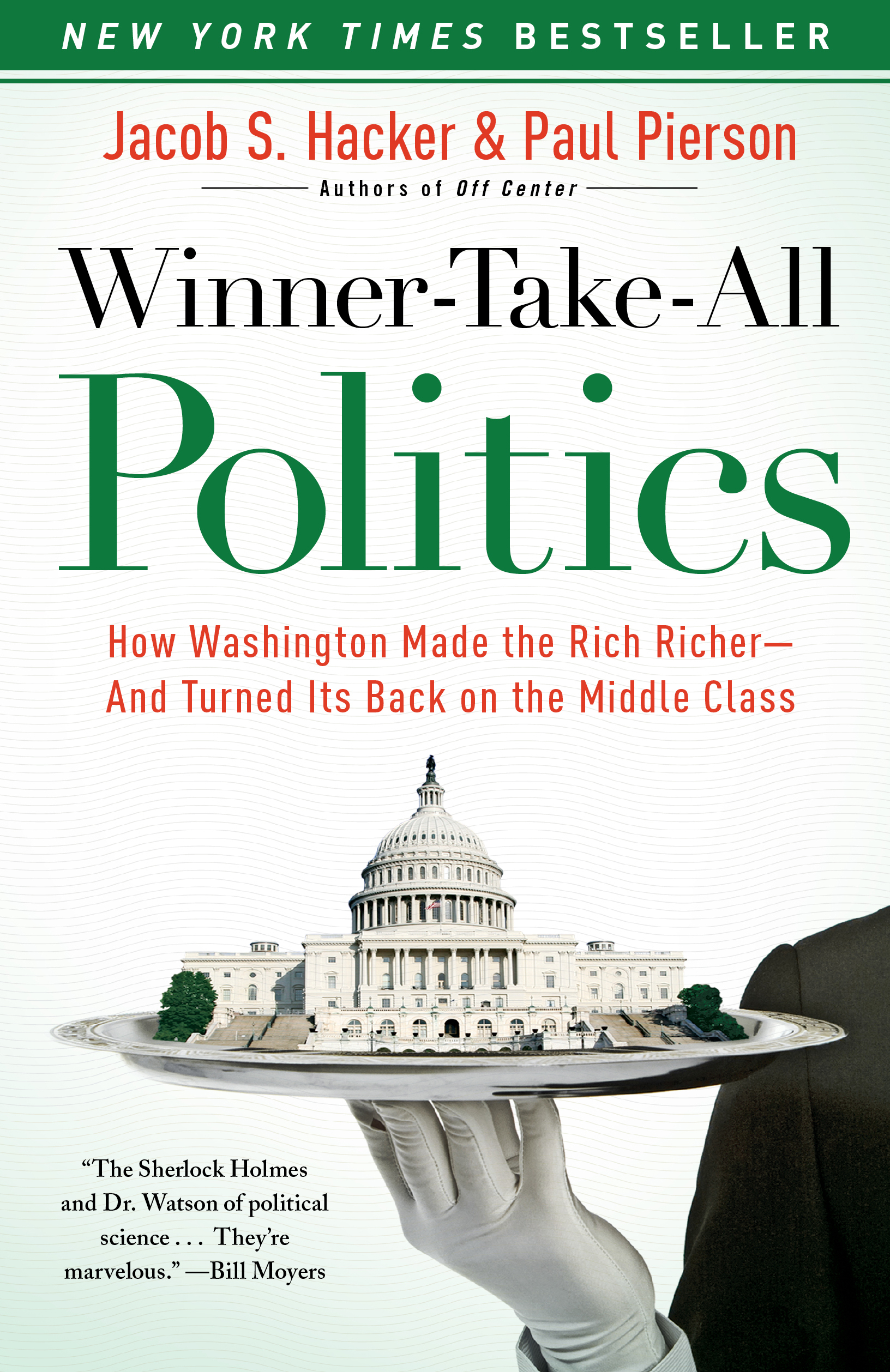 This acclaimed paradigm-shifting work identifies the real culprit behind one of the great economic crises of our time—the growing inequality of incomes between the vast majority of Americans and the richest of the rich.

A groundbreaking work that identifies the real culprit behind one of the great economic crimes of our time— the growing inequality of incomes between the vast majority of Americans and the richest of the rich.

We all know that the very rich have gotten a lot richer these past few decades while most Americans haven’t. In fact, the exorbitantly paid have continued to thrive during the current economic crisis, even as the rest of Americans have continued to fall behind. Why do the “haveit- alls” have so much more? And how have they managed to restructure the economy to reap the lion’s share of the gains and shift the costs of their new economic playground downward, tearing new holes in the safety net and saddling all of us with increased debt and risk? Lots of so-called experts claim to have solved this great mystery, but no one has really gotten to the bottom of it—until now.

In their lively and provocative Winner-Take-All Politics, renowned political scientists Jacob S. Hacker and Paul Pierson demonstrate convincingly that the usual suspects—foreign trade and financial globalization, technological changes in the workplace, increased education at the top—are largely innocent of the charges against them. Instead, they indict an unlikely suspect and take us on an entertaining tour of the mountain of evidence against the culprit. The guilty party is American politics. Runaway inequality and the present economic crisis reflect what government has done to aid the rich and what it has not done to safeguard the interests of the middle class. The winner-take-all economy is primarily a result of winner-take-all politics.

In an innovative historical departure, Hacker and Pierson trace the rise of the winner-take-all economy back to the late 1970s when, under a Democratic president and a Democratic Congress, a major transformation of American politics occurred. With big business and conservative ideologues organizing themselves to undo the regulations and progressive tax policies that had helped ensure a fair distribution of economic rewards, deregulation got under way, taxes were cut for the wealthiest, and business decisively defeated labor in Washington. And this transformation continued under Reagan and the Bushes as well as under Clinton, with both parties catering to the interests of those at the very top. Hacker and Pierson’s gripping narration of the epic battles waged during President Obama’s first two years in office reveals an unpleasant but catalyzing truth: winner-take-all politics, while under challenge, is still very much with us.

Winner-Take-All Politics—part revelatory history, part political analysis, part intellectual journey— shows how a political system that traditionally has been responsive to the interests of the middle class has been hijacked by the superrich. In doing so, it not only changes how we think about American politics, but also points the way to rebuilding a democracy that serves the interests of the many rather than just those of the wealthy few. 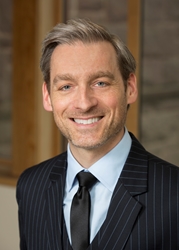 Jacob S. Hacker is the Stanley B. Resor Professor of Political Science at Yale University. A Fellow at the New America Foundation in Washington, DC, he is the author of The Great Risk Shift: The New Economic Insecurity and the Decline of the American Dream, The Divided Welfare State, and, with Paul Pierson, of American Amnesia: The Forgotten Roots of Our Prosperity; Winner-Take-All Politics: How Washington Made the Rich Richer—and Turned Its Back on the Middle Class; Off Center: The Republican Revolution and the Erosion of American Democracy. He has appeared recently on The NewsHour, MSNBC, All Things Considered, and Marketplace. He lives in New Haven, Connecticut. 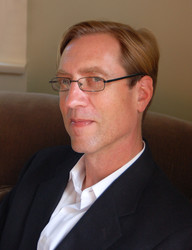 Paul Pierson is the John Gross Professor of Political Science at the University of California at Berkeley. He is the author of Politics in Time, Dismantling the Welfare State?, and (with Jacob S. Hacker), American Amnesia: The Forgotten Roots of Our Prosperity; Winner-Take-All Politics: How Washington Made the Rich Richer—and Turned Its Back on the Middle Class; Off Center: The Republican Revolution and the Erosion of American Democracy. His commentary has appeared in The New York Times Magazine, The Washington Post, and The New York Review of Books. He lives in Berkeley, California.

“Winner Take All Politics is a powerfully argued book about a critically important subject, and I guarantee you it will make you think.”—Fareed Zakaria, GPN (CNN show)

“The Sherlock Holmes and Dr. Watson of political science, Jacob Hacker of Yale and Paul Pierson of Berkeley, about how Washington served the rich in the last 30 years and turned its back on the middle class. They’re marvelous…”—Bill Moyers

"The clearest explanation yet of the forces that converged over the past three decades or so to undermine the economic well-being of ordinary Americans."–Bob Herbert, The New York Times

"This book is a wake-up call. Read it and wake up."–Robert Solow, winner of the Nobel Memorial Prize for Economics in 1987

"Must reading for anyone who wants to understand how Washington stopped working for the middle class."–Elizabeth Warren, Assistant to the President and Special Advisor to the Secretary of the Treasury on the Consumer Financial Protection Bureau

“Important. . . . The collapse of the American middle class and the huge transfer of wealth to the already wealthy is the biggest domestic story of our time.... The good news reported by Hacker and Pierson is that American wealth disparities—are not the residue of globalization or technology or anything else beyond our control. There's nothing inevitable about them. They're the result of politics and policies, which tilted toward the rich beginning in the 1970s and can, with enough effort, be tilted back over time (emphasis added for impatient liberals)” —Jonathan Alter, The New York Times Book Review

“Engrossing. . . . Hacker and Pierson . . . deliver the goods. . . . Their description of the organizational dynamics that have tilted economic policymaking in favor of the wealthy is convincing.”—Justin Fox, Harvard Business Review

"How can hedge-fund managers who are pulling down billions sometimes pay a lower tax-rate than do their secretaries?' ask the political scientists Jacob S. Hacker (of Yale) and Paul Pierson (University of California, Berkeley) in their deservedly lauded new book, Winner-Take-All Politics. If you want to cry real tears about the American dream—as opposed to the self-canonizing tears of John Boehner—read this book and weep. The authors' answer to that question and others amount to a devastating indictment of both parties.... The book deflates much of the conventional wisdom."—Frank Rich, The New York Times

“How the U.S. economic system has also moved ‘off center’ toward an extreme concentration of wealth, and how progressive efforts to reverse that trend have run aground. . . . A very valuable book.”—Ed Kilgore, Washington Monthly

“Hacker and Pierson make a compelling case. If Marie Antoinette were alive, she might aver of today’s great economically challenged masses, ‘Let them nibble on passbook-savings-account interest’—if they can manage to save anything, that is.”—David Holahan, The Christian Science Monitor

"A must-read book.... It broke down what was at stake in 2010 and will be at stake in 2012 better than anything I've read.... Hacker and Pierson show how politics has become 'organized combat.'"—Joan Walsh, Salon

“Buy a copy of Hacker and Pierson’s book and read it. Seriously. . . . This is the most complete and sustained explanation I’ve ever read of why, over the past 30 years, America has gone the direction it has even while most other countries haven’t. . . . For me, it was a 300-page ‘Aha!’ moment.”—Kevin Drum, Mother Jones

"The worst social change in America during my lifetime has been its shift from the land of middle-class opportunity to the land of super-rich privilege. The economic polarization of America is a familiar problem, but Jacob Hacker and Paul Pierson approach it in an original way, using detective-story procedure to identify an unsuspected culprit—one that has little to do with 'globalization' or 'technological revolution' or China or the like. Their case is convincing, and it builds to a recommendation of how Americans could organize to save their country's promise. I hope people read the book and follow its advice."—James Fallows, National Correspondent, The Atlantic

“This is a transformative book. It’s the best book on American politics that I’ve read since Before the Storm. . . If it has the impact it deserves, it will transform American public arguments about politics and policymaking.”—Henry Farrell, Crookedtimber.org

“Jacob Hacker and Paul Pierson combine enormous learning about how our political system actually works with a spritely facility for getting their ideas across—rare gifts in American political debate. Winner-Take-All Politics carries forward the argument from their path-breaking book Off-Center. It explains why the 2006 and 2008 elections only began a reform process that still has a ways to go. Hacker and Pierson have always stayed ahead of the conventional arguments and Winner-Take-All Politics keeps them in the lead.”—E.J. Dionne, Jr., author of Why Americans Hate Politics and Souled Out

“Hacker and Pierson deftly pose and solve a political mystery: How could our democracy have turned away from a politics of broadly shared prosperity that served most citizens? Clue: take a close look at the elite capture of the Democratic Party. Winner-Take-All Politics—stylishly written and well documented with evidence—is a must-read for understanding the great political puzzle of our time.”—Robert Kuttner, author of A Presidency in Peril and co-editor of The American Prospect

“Jacob Hacker and Paul Pierson brilliantly break the intellectual logjam over the causes of runaway inequality. Their findings put responsibility and control back into the hands of officeholders, elected and appointed. Winner-Take-All Politics is crucial reading for all those engaged in American politics.”—Thomas B. Edsall, political editor, Huffington Post, and correspondent, The New Republic