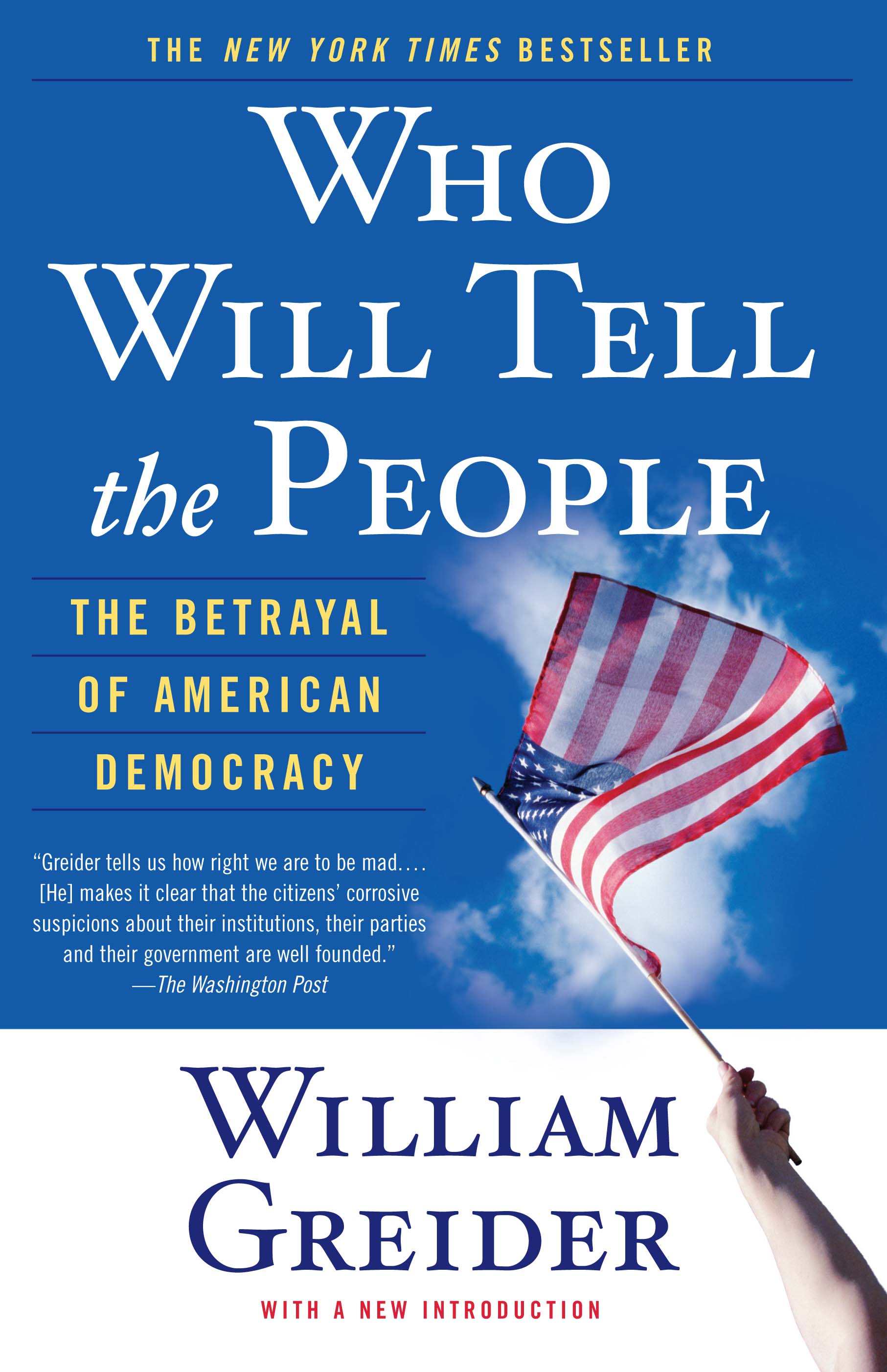 Who Will Tell The People

The Betrayal Of American Democracy

Who Will Tell The People

The Betrayal Of American Democracy