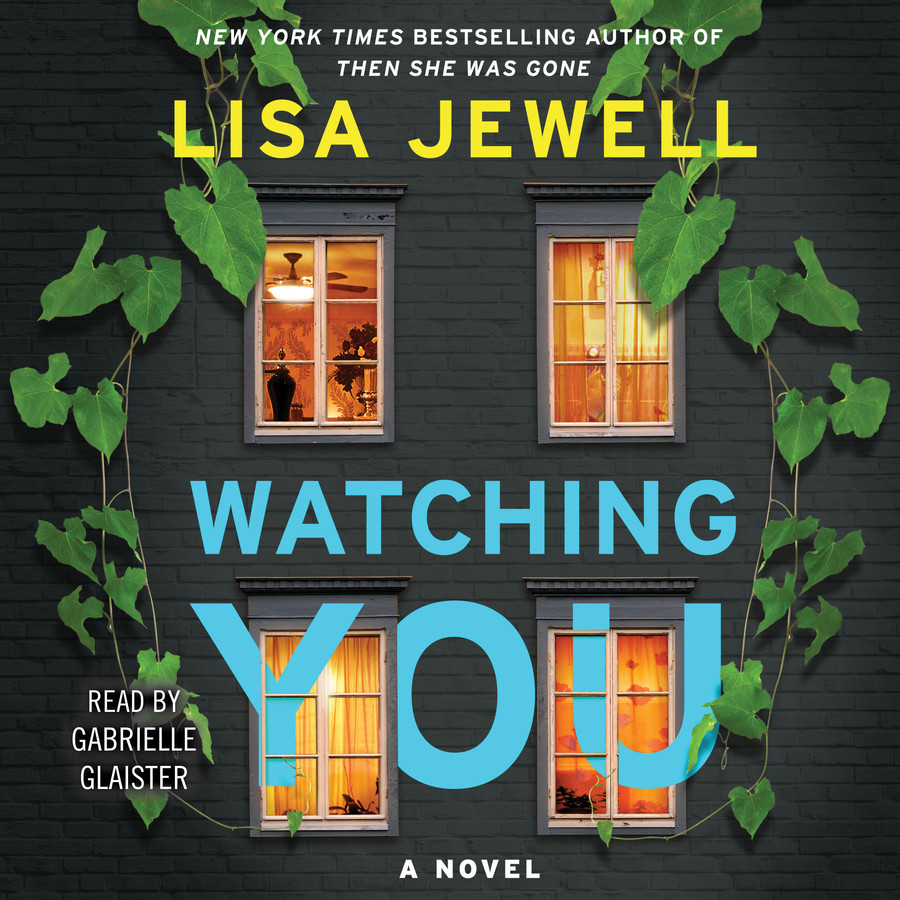 Watching You
By Lisa Jewell
Read by Gabrielle Glaister

“Brace yourself as Jewell stacks up the secrets, then lights a long, slow fuse.” —People

“A seize-you-by-the-throat thriller and a genuinely moving family drama.” —A.J. Finn, #1 New York Times bestselling author of The Woman in the Window

The instant New York Times and #1 Sunday Times bestselling author of the Then She Was Gone delivers another suspenseful page-turner about a shocking murder in a picturesque and well-to-do English town, perfect “for fans of Gone Girl, The Girl on the Train, and Luckiest Girl Alive” (Library Journal).

As the headmaster credited with turning around the local school, Tom Fitzwilliam is beloved by one and all—including Joey Mullen, his new neighbor, who quickly develops an intense infatuation with this thoroughly charming yet unavailable man. Joey thinks her crush is a secret, but Tom’s teenaged son Freddie—a prodigy with aspirations of becoming a spy for MI5—excels in observing people and has witnessed Joey behaving strangely around his father.

One of Tom’s students, Jenna Tripp, also lives on the same street, and she’s not convinced her teacher is as squeaky clean as he seems. For one thing, he has taken a particular liking to her best friend and fellow classmate, and Jenna’s mother—whose mental health has admittedly been deteriorating in recent years—is convinced that Mr. Fitzwilliam is stalking her.

In Lisa Jewell’s latest brilliant “bone-chilling suspense” (People) no one is who they seem—and everyone is hiding something. Who has been murdered—and who would have wanted one of their neighbors dead? As “Jewell teases out her twisty plot at just the right pace” (Booklist, starred review), you will be kept guessing until the startling revelation on the very last page.

By clicking 'Sign me up' I acknowledge that I have read and agree to the privacy policy and terms of use. Free audiobook offer available to NEW US subscribers only. Offer redeemable at Simon & Schuster's audiobook fulfillment partner. Must redeem within 90 days. See full terms and conditions and this month's choices.
This reading group guide for Watching You includes discussion questions and ideas for enhancing your book club. The suggested questions are intended to help your reading group find new and interesting angles and topics for your discussion. We hope that these ideas will enrich your conversation and increase your enjoyment of the book.

1. Watching You begins with a diary excerpt from 1996. How does this passage set the tone for the novel? Now that you’ve finished reading, who do you think wrote it?

2. Lisa Jewell includes a number of red herrings that lead the reader to one suspicion and then another. What were some of the red herrings you noticed in the book? Did you fall for them?

3. Early on, we see how Freddie thinks about his surveillance “project”: “Freddie was not a voyeur. Voyeurism was a form of control. . . . He watched girls in order to understand them. He was just trying to work it all out” (p. 38). Do you agree that his intent and motivation in spying is what’s most important? And in our privacy-deprived world (where our information, photos, and even thoughts are often available online), what kind of watching is too much? How do we define an invasion of privacy?

4. Jenna Tripp describes the chat rooms her mother frequents as somewhere “she could go to have her craziness validated” (p. 130). Many people use online communities to form connections and feel less isolated, particularly if they feel misunderstood by those around them. Yet Jenna observes that her mother’s delusions are being exacerbated by talking to people with similar issues. Discuss what makes an insular community (like a chat room) supportive or detrimental. Can it be both?

5. Freddie recollects that his parents taught him not to embrace the diagnosis his doctors had given him because he would “always be so much more than a label” (p. 234). Do you think claiming an identity label, like the one Freddie eventually reclaims, is limiting? Why, or why not?

6. On page 239, Freddie tells Jenna about how his mother accommodates all of his father’s desires, from the food in the house to the temperature on the thermostat. Looking back at this passage with what you now know about their relationship, do you see this in a different light? Why do you think Nicola went to these lengths to bend to Tom’s wishes?

7. The complexities of the marital abuse described in Watching You undermine some of the assumptions we often make about what gives someone power in a relationship. What power dynamics do we see in the various marriages in the novel? How do these fit or defy our expectations?

8. A cult of personality builds around Tom Fitzwilliam, although once disillusioned, Joey wonders what she saw in him. What do you think enables someone to have such a widespread draw? Have you known anyone who amassed that type of adoration in your own life? Are there other examples from popular culture who Tom reminded you of?

9. Considering what the men in her life have told her, Joey wonders if, “while most women spent their lives searching for the perfect man, men sat around waiting to be chosen and then made the best of it” (p. 313). Do you think this is true? Why, or why not?

10. While it is normal for people, and particularly for schoolgirls, to get crushes on someone they shouldn’t become involved with, in Watching You some of these “crushes” appear to be unhealthy. Where is the line between infatuation and obsession? Who are some characters that you think fell on the infatuation side of that line? Who became dangerously obsessed? Looking at examples, what do you think distinguishes them?

1. At the end of the novel, we are left uncertain about what exactly happened to Viva Hart. What was the nature of her relationship with Tom Fitzwilliam? Did she commit suicide, or was she murdered? What do you think really happened in 1996? Have each person in your reading group share their theories, and vote to see who has the most convincing theory.

2. Although we see several different perspectives in the novel, we never are shown Tom, Nicola, Rebecca, Jack, or Alfie’s points of view. Choose one of these characters and write a short story looking through their eyes. You can rewrite any scene in the book, or consider writing a flashback scene. Bring your short story to share and discuss with your reading group.

3. Check out more of Lisa Jewell’s books, such as Then She Was Gone, I Found You, and The Girls in the Garden. To find out more about Lisa, visit www.facebook.com/LisaJewellofficial, or follow her on Twitter @lisajewelluk. 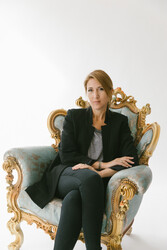 Lisa Jewell is the #1 New York Times bestselling author of nineteen novels, including The Family Upstairs and Then She Was Gone, as well as Invisible Girl and Watching You. Her novels have sold over 5 million copies internationally, and her work has also been translated into twenty-nine languages. Connect with her on Twitter @LisaJewellUK, on Instagram @LisaJewellUK, and on Facebook @LisaJewellOfficial.