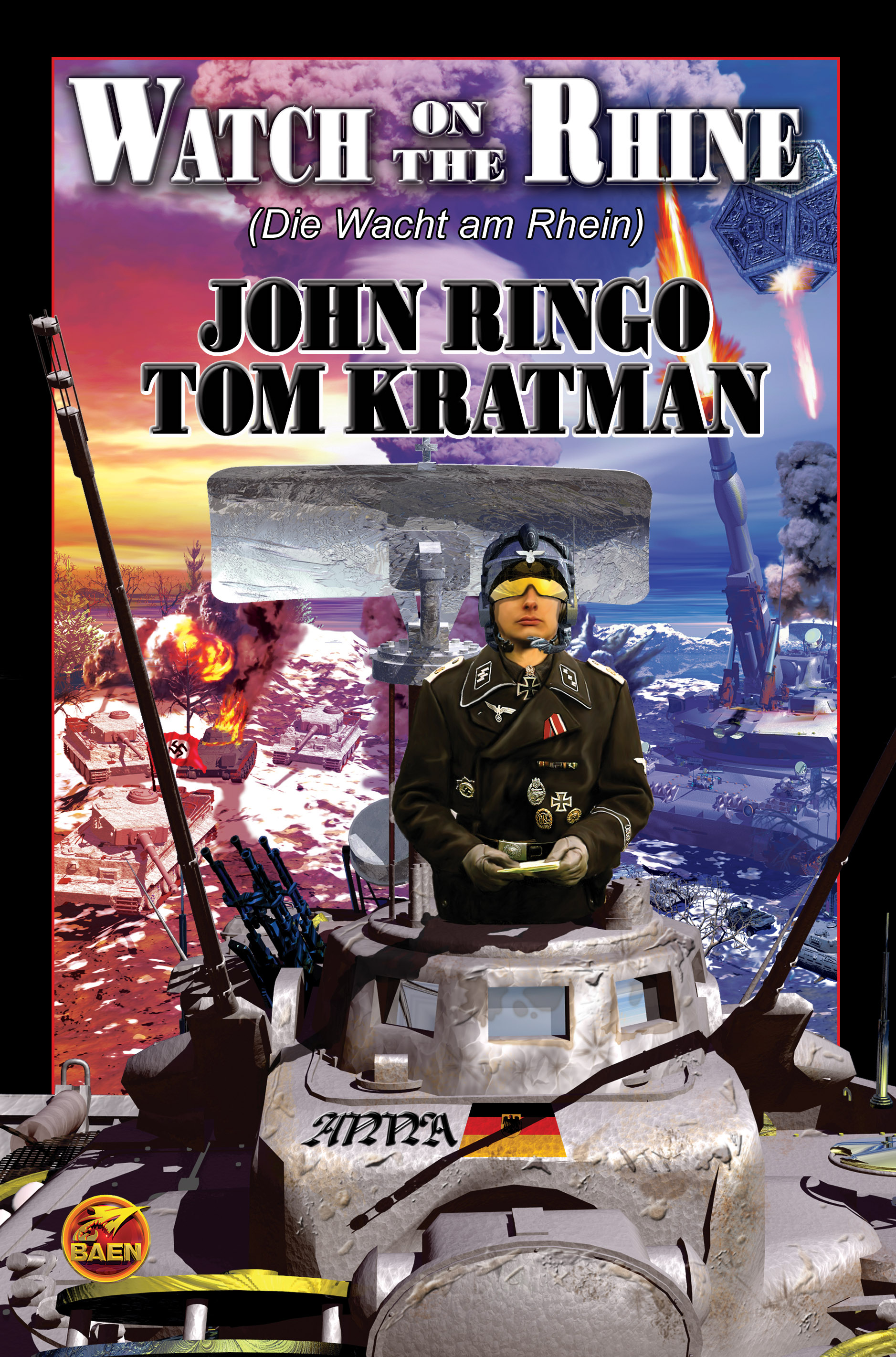 Watch on the Rhine

The invaders are coming¿the Posleen, a seemingly unstoppable horde who have conquered one star system after another, literally feeding on their conquests. Earth¿s dubious allies, the Darhel, have given the humans a number of highly-advanced technological devices, including a process for rejuvenating the aged, including trained and proven soldiers who otherwise would be too old to fight. Rejuvenation may give a critical edge, since to survive, the Earth must use every resource at hand. Every resource . . .
In the dark days after the initial Posleen attack, but before the primary invasion, the Chancellor of Germany faces a critical decision. Over the years, with military cutbacks, the store of experienced German military personnel had simply dwindled. After the destruction of Northern Virginia, he realized that it was necessary to tap the one group he had sworn never, ever, to recall: the few remaining survivors of the Waffen SS. Has he made a devil¿s bargain, or is this a chance for the reviled SS at last to fight the good fight? And, perhaps, gain redemption. . . ?
Watch On the Rhine, a new chapter in the New York Times best-selling Posleen War saga, is perhaps the most unbiased, and brutal, look at the inner workings of the Waffen SS in history. Meticulously researched, it explores all that was good, and evil, about the most infamous military force in history using the backdrop of the Posleen invasion as a canvas.

John Ringo brings fighting to life. He is the creator of the Posleen Wars series, which has become a New York Times best-selling series with more than one million copies in print. The series contains A Hymn Before Battle, Gust Front, When the Devil Dances, Hell’s Faire, and Eye of the Storm. In addition, Ringo has penned the Council War series. Adding another dimension to his skills, Ringo created nationally best-selling techno-thriller novels about Mike Harmon (Ghost, Kildar, Choosers of the Slain, Unto the Breach, and A Deeper Blue). His techno-thriller The Last Centurion was also a national bestseller. A more playful twist on the future is found in novels of the Looking-Glass series: Into the Looking Glass, Vorpal Blade, Manxome Foe, and Claws That Catch, the last three in collaboration with Travis S. Taylor. His audience was further enhanced with four collaborations with fellow New York Times best-selling author David Weber: March Upcountry, March to the Sea, March to the Stars, and We Few. There are an additional seven collaborations from the Posleen series: The Hero, written with Michael Z. Williamson, Watch on the Rhine, Yellow Eyes, and The Tuloriad, all written with Tom Kratman, and the New York Times bestseller Cally’s War and its sequels Sister Time and Honor of the Clan, all with Julie Cochrane. His science-based zombie apocalypse Black Tide Rising series includes Under a Graveyard Sky, To Sail a Darkling Sea, Islands of Rage and Hope, and Strands of Sorrow. A veteran of the 82nd Airborne, Ringo brings firsthand knowledge of military operations to his fiction.

In 1974, at age seventeen, Tom Kratman became a political refugee and defector from the PRM (People’s Republic of Massachusetts) by virtue of joining the Regular Army. He stayed a Regular Army infantryman most of his adult life, returning to Massachusetts as an unofficial dissident while attending Boston College after his first hitch. Back in the Army, he managed to do just about everything there was to do at one time or another. After the Gulf War, with the bottom dropping completely out of the anti-communist market, Tom decided to become a lawyer. Every now and again, when the frustrations of legal life and having to deal with other lawyers got to be too much, Tom would rejoin the Army (or a somewhat similar group, say) for fun and frolic in other climes. His family, muttering darkly, put up with this for years. He no longer practices law, instead writing full-time for Baen. His novels for Baen include A State of Disobedience, Caliphate, and the series consisting of A Desert Called Peace, Carnifex, The Lotus Eaters, The Amazon Legion, Come and Take Them, The Rods and the Axe, and A Pillar of Fire by Night. He has written novels with John Ringo: Watch on the Rhine, Yellow Eyes, and The Tuloriad. Also for Baen, he has written the first three volumes of the modern-day military fiction series Countdown.

Watch on the Rhine