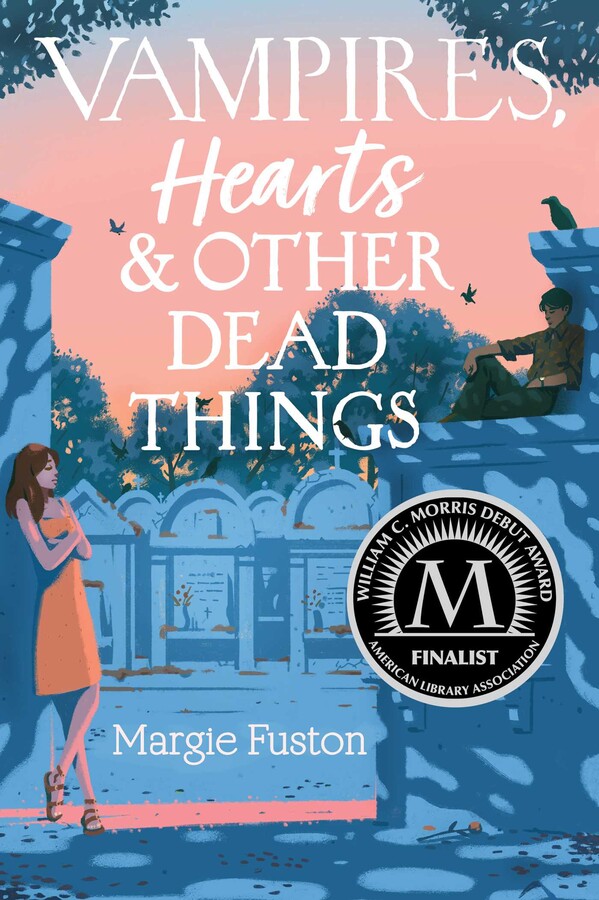 By Margie Fuston
LIST PRICE $10.99
PRICE MAY VARY BY RETAILER

In this “equal parts heartbreaking and joyful” (School Library Journal) debut YA novel that’s The Coldest Girl in Coldtown meets They Both Die at the End, a teen girl takes a trip to New Orleans with her estranged best friend to find a vampire to save her dying father.

Victoria and her dad have shared a love of the undead since the first vampire revealed his existence on live TV. Public fear soon drove the vampires back into hiding, yet Victoria and her father still dream about finding a vampire together. But when her dad is diagnosed with terminal cancer, it’s clear that’s not going to happen. Instead, Victoria vows to find a vampire herself—so that she can become one and then save her father.

Armed with research, speculations, and desperation—and helped by her estranged best friend, Henry—Victoria travels to New Orleans in search of a miracle. There she meets Nicholas, a mysterious young man who might give her what she desires. But first, he needs Victoria to prove she loves life enough to live forever.

She agrees to complete a series of challenges, from scarfing sugar-drenched beignets to singing with a jazz band, all to show she has what it takes to be immortal. But truly living while her father is dying feels like a betrayal. Victoria must figure out how to experience joy and grief at once, trusting all the while that Nicholas will hold up his end of the bargain…because the alternative is too impossible to imagine. 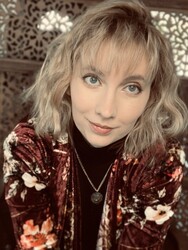 Margie Fuston grew up in the woods of California where she made up fantasy worlds that always involved unicorns. In college, she earned undergraduate degrees in business and literature and a master’s in creative writing. Now she’s back in the woods and spends all her time wrangling a herd of cats and helping her nephews hunt ghosts, pond monsters, and mermaids.

In a desperate gambit to save her terminally ill father, a girl goes looking for a vampire.

Victoria’s parents, believing she needs a break from the strain of coping with her father’s imminent death, send her on a graduation trip to New Orleans. She’d always planned on going with her father, as they share a vampire obsession, both believing that a man who briefly publicly claimed this identity a decade prior was the real deal. Rather than a vacation, though, Victoria treats the trip as a quest for vampiric immortality to save her father. Accompanying Victoria is Henry, her childhood best friend–turned–subject of a messy love triangle that left them estranged for some time. He doesn’t believe in vampires but believes emotion-suppressing Victoria will need him. Following the few clues she has, Victoria’s led to charming, enigmatic Nicholas, who promises her what she wants if she can keep up with his challenges and prove that she really desires eternal life. The game takes them to many tourist hot spots, though Victoria’s moments of fun are complicated by grief spirals. Her emotional arc is all the more powerful for how much she fights against her feelings. Her other emotional complications come from her long history with Henry and an exciting love triangle with Nicholas. In the end, though, she must tackle hard truths head-on. Victoria’s White; Henry’s biracial (Japanese/White) and brown-skinned Nicholas has curly black hair.

Fuston’s emotionally charged debut mingles popular culture with the pain of grief, diving deep into the well of vampire mythos and New Orleans mystique. While preparing for art school, Victoria, who is 18 and white, is watching her father run out of treatments for advanced pancreatic cancer. When her mother insists that she take a few days away from the family, Victoria latches on to a last-ditch effort: finding a vampire to turn her father before he can die. Though she’s estranged from longtime friend and neighbor Henry, who’s of Japanese descent, he travels with her to New Orleans, where a vampire revealed himself—then disappeared—several years back. There, Victoria embarks on the quest in earnest, armed with the research that she and her father, longtime “vampire connoisseurs,” have done over the years. When she meets brown-skinned Nicholas, a purported vampire who’s willing to entertain the thought of turning her, he assigns her a series of tasks to push her out of her comfort zone. Told in Victoria’s first-person voice and studded with quotations from vampire films, this desperate journey takes its emotionally raw characters across the Big Easy’s most well-known sites, along the way dipping into faith and spirituality, romance, and the concept of surviving vs. really living. Ages 12–up. Agent: Rebecca Podos, Rees Literary. (Aug.)

Gr 8 Up–Senior year is a time for friends and celebrations, but Victoria is consumed with thoughts of her dad. They share a special bond over their appreciation of vampires, but he is sick with untreatable pancreatic cancer. The two were supposed to go on a trip to New Orleans, but instead, her father encourages her to go with Henry, her estranged neighbor and childhood crush. Going without her dad means accepting the fact that his death is imminent. However, Victoria has an ulterior motive for going. She’s hoping to find a vampire who will turn her into one, so she can then turn her dad into a vampire, too. That way, he can live forever. Instead, she meets Nicholas, a supposed vampire, who says he’ll give her what she wants if she first proves her worth. Every day he presents her a challenge that pushes her out of her comfort zone and encourages her to experience life. Fuston takes readers on a trip through muggy New Orleans in this debut novel. It is equal parts heartbreaking and joyful, highlighting the lengths that one will go in the name of love. Fuston takes the traditional view of vampires and turns it on its head, associating them not with death, but with life and positivity. Even readers who don’t have interest in vampires and paranormal fantasy will find themselves drawn into this story that’s really about embracing life at its core. VERDICT For fans of Buffy, What We Do in the Shadows, and light romantic tension.–Alicia Kalan, The Northwest Sch., Seattle

By Margie Fuston
LIST PRICE $10.99
PRICE MAY VARY BY RETAILER