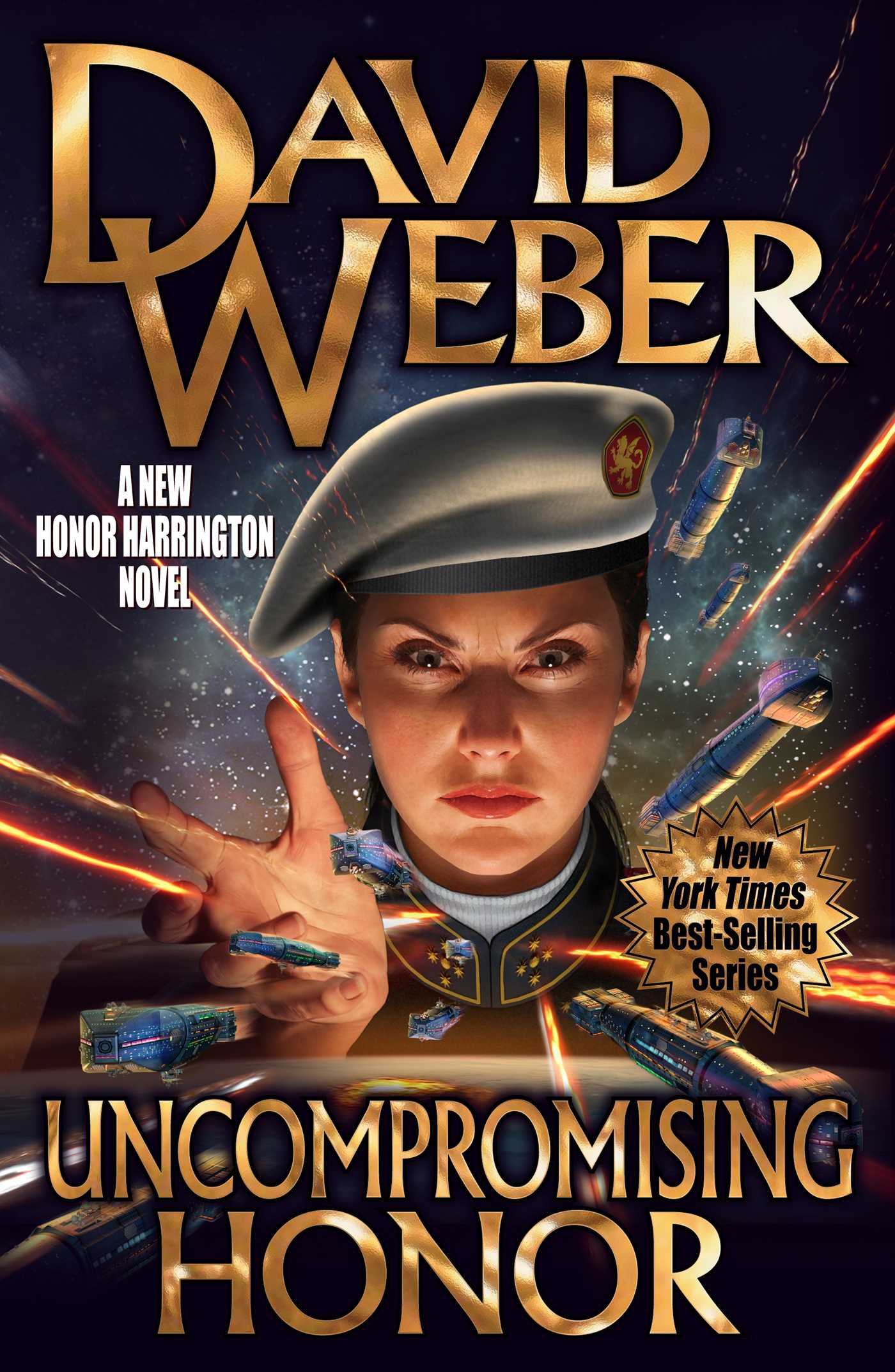 HONOR'S FINISHING WHAT SHE STARTED

The Solarian League's navy counts its superdreadnoughts by the thousands. Not even its own government knows how enormous its economy truly is. And for hundreds of years, the League has borne the banner of human civilization, been the ideal to which humanity aspires in its diaspora across the galaxy.

But the bureaucrats known as the "Mandarins," who rule today's League, are not the men and women who founded it so long ago. They are corrupt, venal, accountable to no one . . . and they've decided the upstart Star Kingdom of Manticore must be destroyed.

Honor Harrington has worn the Star Kingdom's uniform for half a century and served her monarch and her people well. In the course of those years, the woman the newsies call the Salamander has grown from a tactically brilliant but politically naïve junior officer to supreme fleet command and a seat on the highest military and political councils of the Grand Alliance.

Very few people know war the way Honor Harrington does. Very few have lost as many men and women, as many friends, as much family, as she has. Yet despite that, hers has been a voice of caution. She knows the Mandarins and the Solarian League Navy are growing increasingly desperate as the truth of their technological inferiority sinks home, but she also knows the sheer size of the League. And she knows how its citizens will react if the Grand Alliance takes the war to the League, attacks its star systems, destroys its infrastructure . . . kills its civilians. Today's victory, bought on those terms, can only guarantee a future war of revenge against a resurgent Solarian League and its navy.

Honor knows the Grand Alliance must find a victory that doesn't require incursions deep into Solarian space, doesn't leave a legacy of bottomless hatred, and the strategy she supports has been working.

The League is sliding towards inglorious defeat as it steadily loses ground in the Protectorates and the Verge. As its central government teeters towards bankruptcy and even some of its core systems opt to secede in the face of the Mandarins' corruption. As the Solarian Navy finally realizes it cannot face an Alliance battle fleet and win.

But the Mandarins have embraced a desperate new strategy, and in pursuit of that strategy, the SLN has committed atrocities such as the galaxy has not known in a thousand years. The League have violated its own Eridani Edict against mass civilian casualties, violated the Deneb Accords prohibition on war crimes.

And they have finally killed too many of the people Honor Harrington loves.

Hers is the voice of caution and compromise no longer, and the galaxy is about to see something it has never imagined.

The Salamander is coming for the Solarian League, and Hell is coming in her wake.

About Uncompromising Honor:
“…a balanced mix of interstellar intrigue, counterespionage, and epic fleet action…with all the hard- and software details and tactical proficiency that Weber delivers like no one else; along with a large cast of well-developed, believable characters, giving each clash of fleets emotional weight.”—Booklist

“. . . moves. . . as inexorably as the Star Kingdom’s Grand Fleet, commanded by series protagonist Honor Harrington. . . . Weber is the Tom Clancy of science fiction. . . . His fans will relish this latest installment. . . .”—Publishers Weekly

“[E]ach book contains food for multiple tastes [and] provides a feast. Readers . . . will get enough hardware-geek stuff and space battles to make their palms sweaty. Those who love political intrigue will nigh have their brains explode from following all the tentacles of strategy. . . .Those who love fully drawn characters with everything at stake . . . will have lots to cheer about. And those who love bad guys committing atrocious deeds, only to get what they deserve from the good guys, will sleep contentedly at night because justice has been served. Uncompromising Honor provide[s] a long, luxurious trip. . . [that is] emotionally and intellectually gratifying. . .”—New York Journal of Books-West

“Weber’s books [are] enjoyable as fiction and profound as works of art. . . . [in them] great power competition makes its way into the space age on a galactic scale. . . . Battles are described in vivid, suspenseful detail. . . . both sides grapple to do their duty as they understand it . . . [and] it is the human touches that make this book so gripping. . . . Weber’s fans will greatly enjoy Uncompromising Honor [and be left] eagerly awaiting the next installment of this magnificent series.”—Mark Vandroff, Center for International Maritime Security

About Shadow of Freedom, #18 in the Honor Harrington series:

“This entry is just as exciting as Weber’s initial offering. . . .The result is a fast-paced and action-packed story that follows [our characters] as they move from reaction to command of the situation. Weber builds Shadow of Freedom to an exciting and unexpected climax.”—Daily News of Galveston

About Mission of Honor, #13 in the Honor Harrington series:

“Weber combines realistic, engaging characters with intelligent technological projection and a deep understanding of military bureaucracy in this long-awaited Honor Harrington novel…Fans of this venerable space opera will rejoice to see Honor back in action.”–Publishers Weekly

“This latest Honor Harrington novel brings the saga to another crucial turning point…Readers may feel confident that they will be Honored many more times and enjoy it every time.”–Booklist

About David Weber and the Honor Harrington series:

Honor Harrington Main Series:
On Basilisk Station
The Honor of the Queen
The Short Victorious War
Field of Dishonor
Flag in Exile
Honor Among Enemies
In Enemy Hands
Echoes of Honor
Ashes of Victory
War of Honor
The Shadow of Saganami
At All Costs
Storm from the Shadows
Mission of Honor
A Rising Thunder
Shadow of Freedom
Uncompromising Honor

With more than eight million copies of his books in print and 30 titles on the New York Times bestseller list, David Weber is a science fiction powerhouse. In the vastly popular Honor Harrington series, the spirit of C.S. Forester’s Horatio Hornblower and Patrick O’Brian’s Master and Commander lives on—into the galactic future. Books in the Honor Harrington and Honorverse series have appeared on 21 bestseller lists, including The Wall Street Journal, The New York Times, and USA Today. Additional Honorverse collaborations include the spin-off miniseries Manticore Ascendant with New York Times best-selling author, Timothy Zahn; and with Eric Flint, Crown of Slaves and Cauldron of Ghosts contribute to his illustrious list of New York Times and international bestseller lists.

David Weber makes his home in South Carolina with his wife and children.