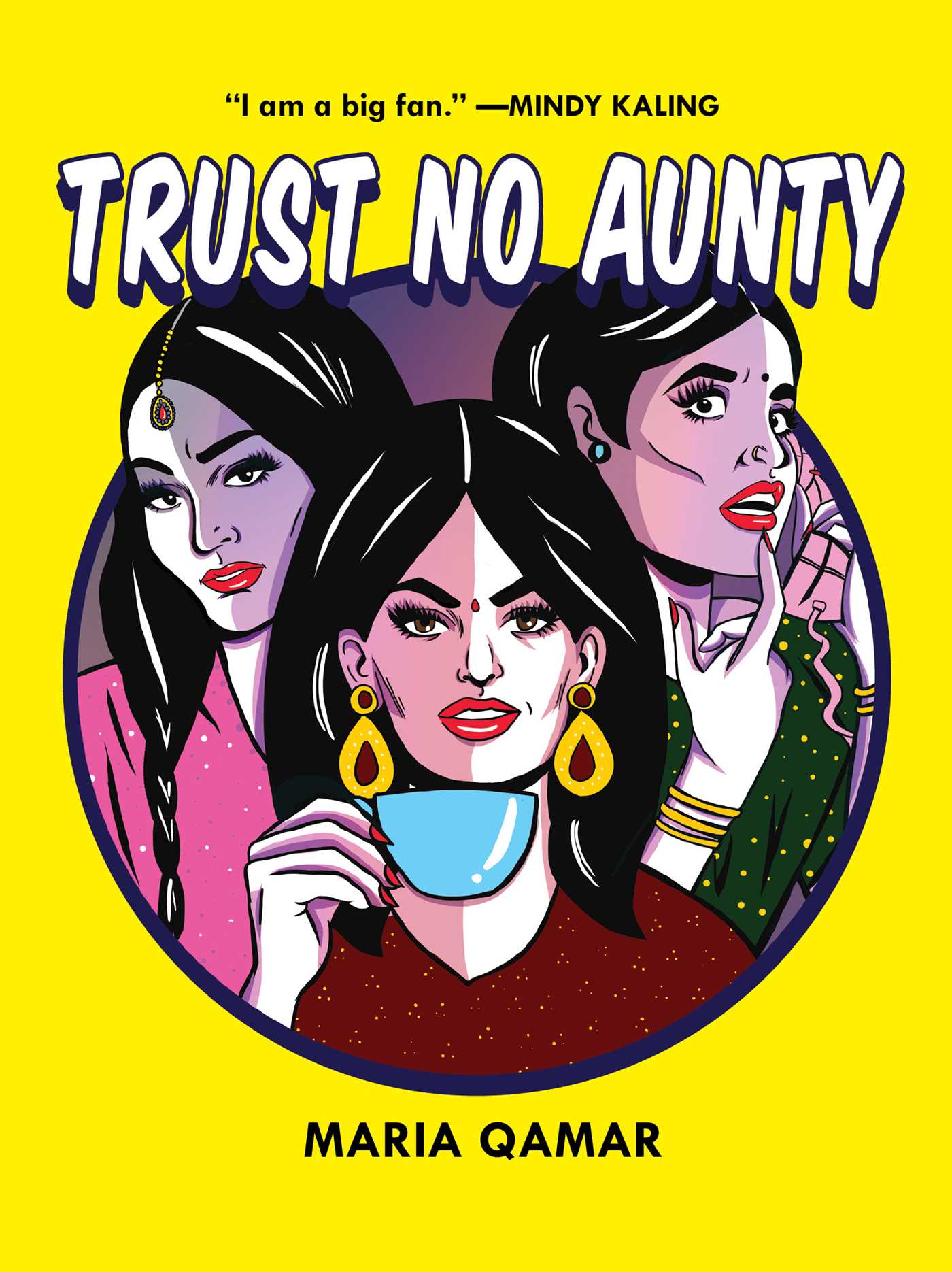 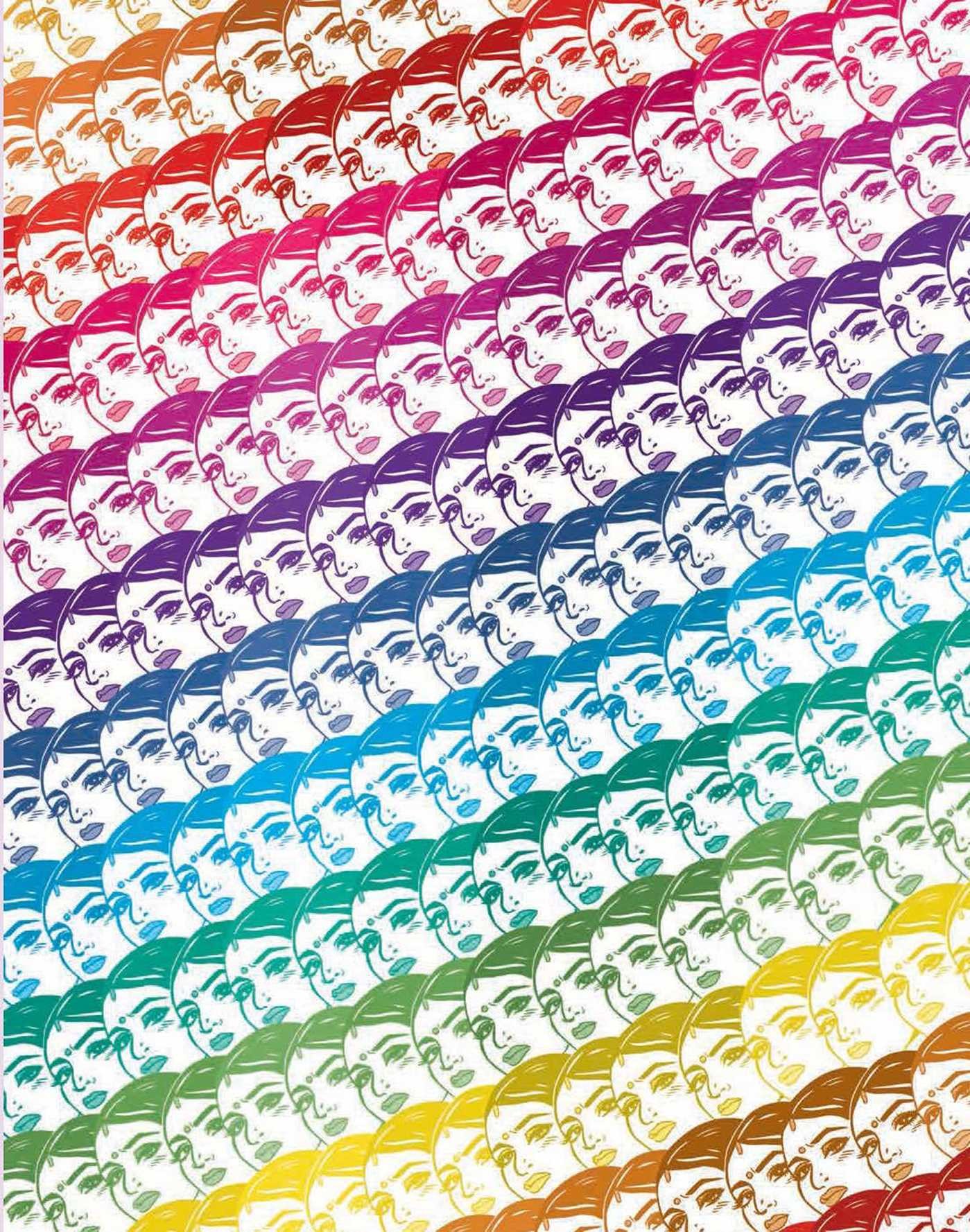 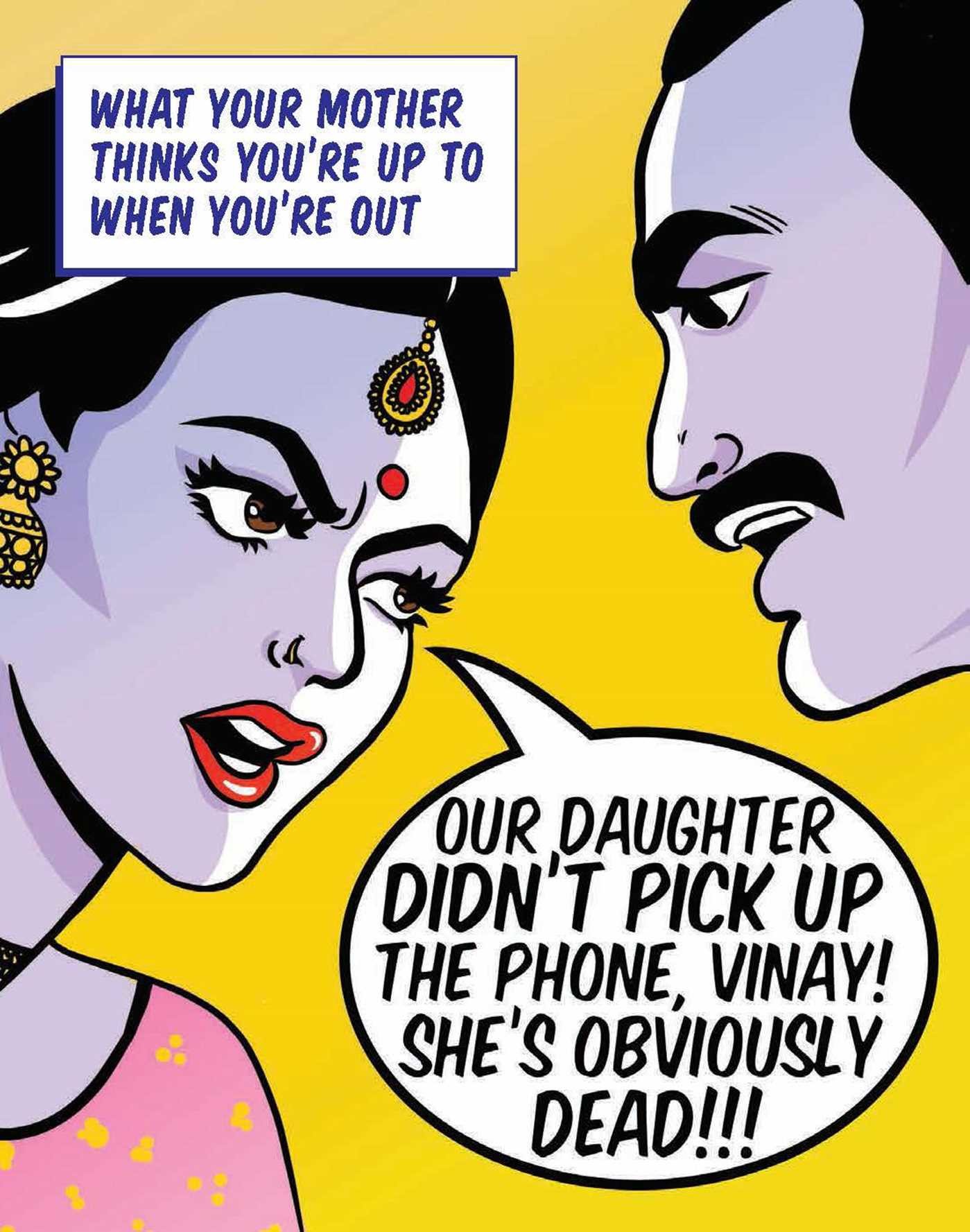 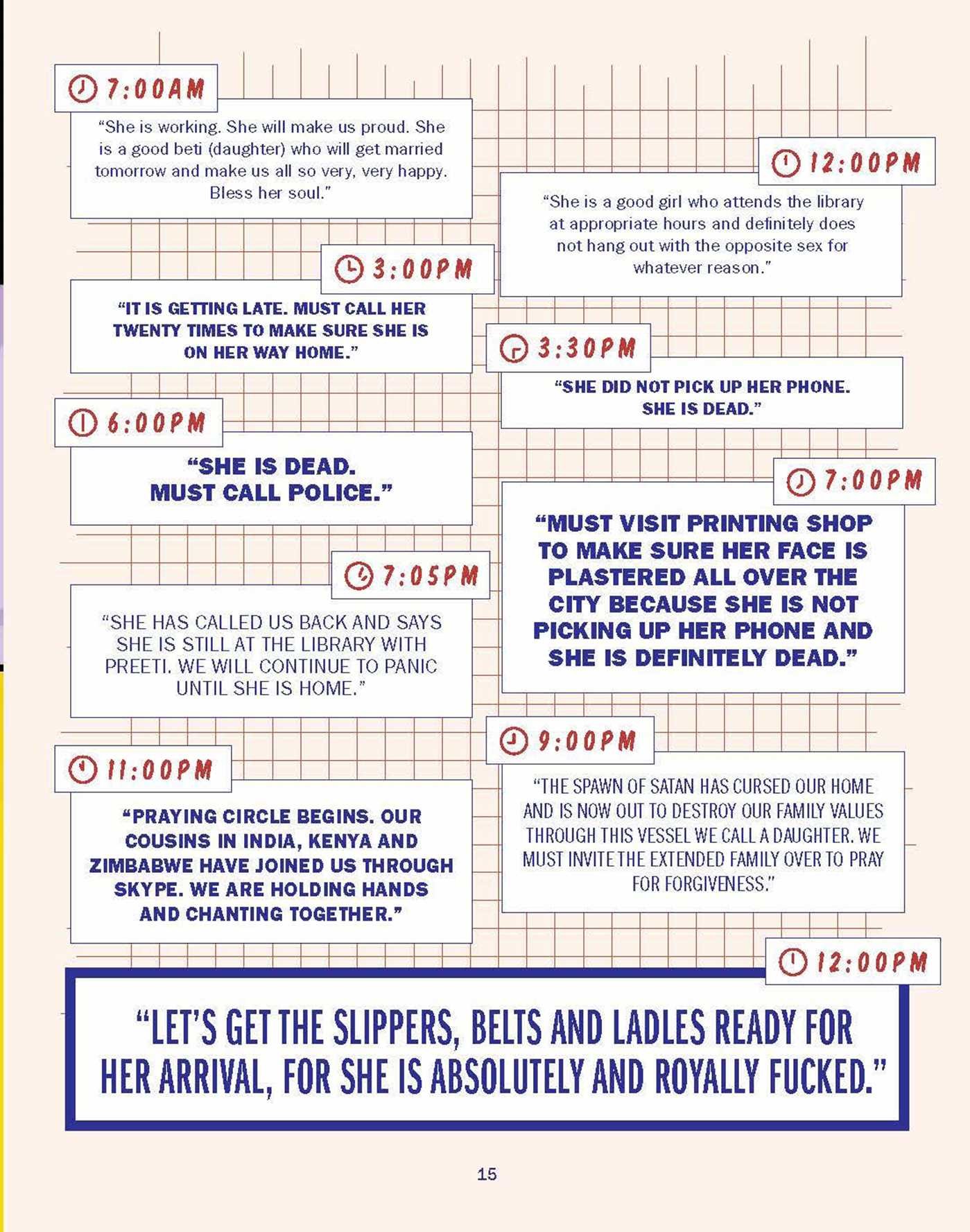 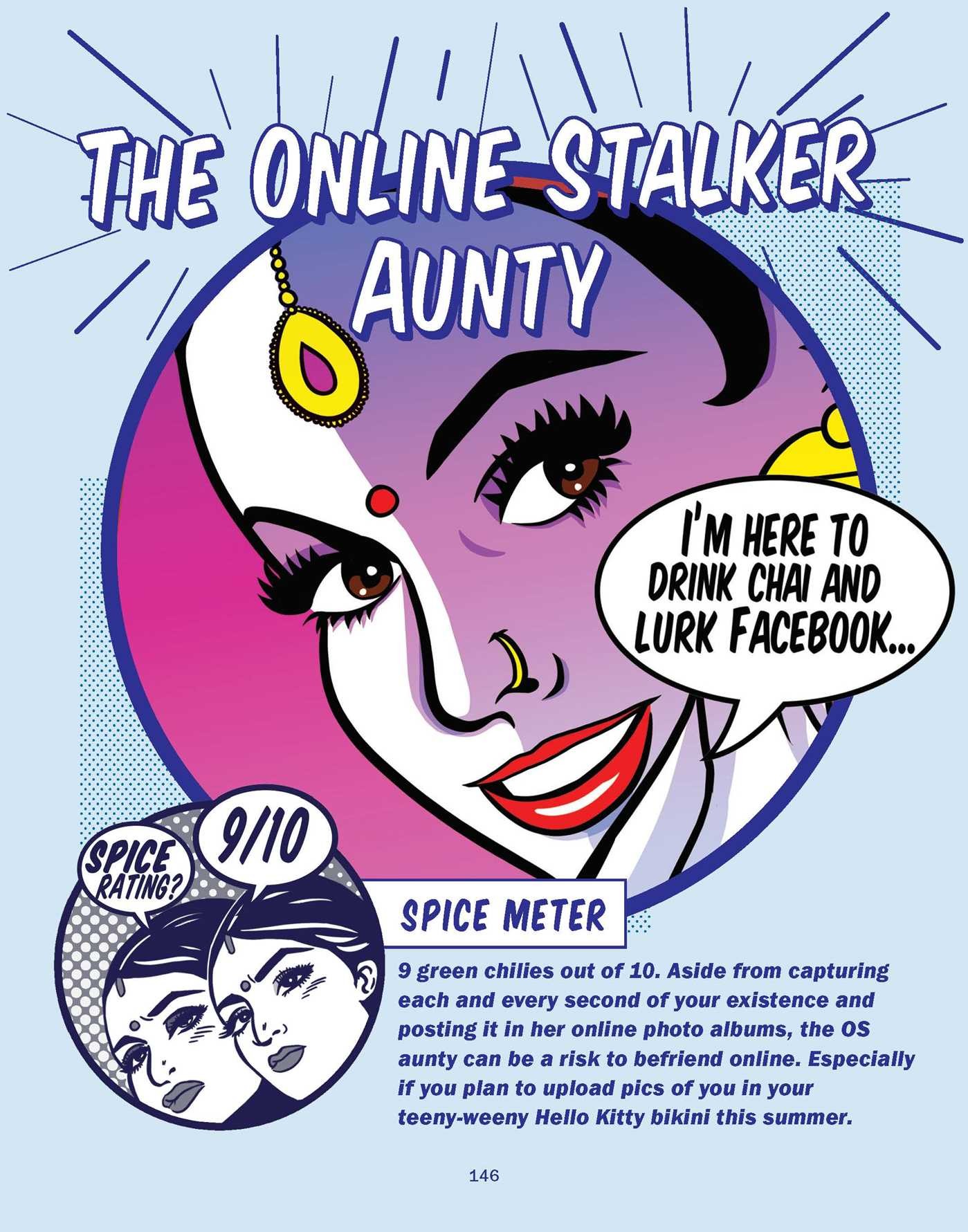 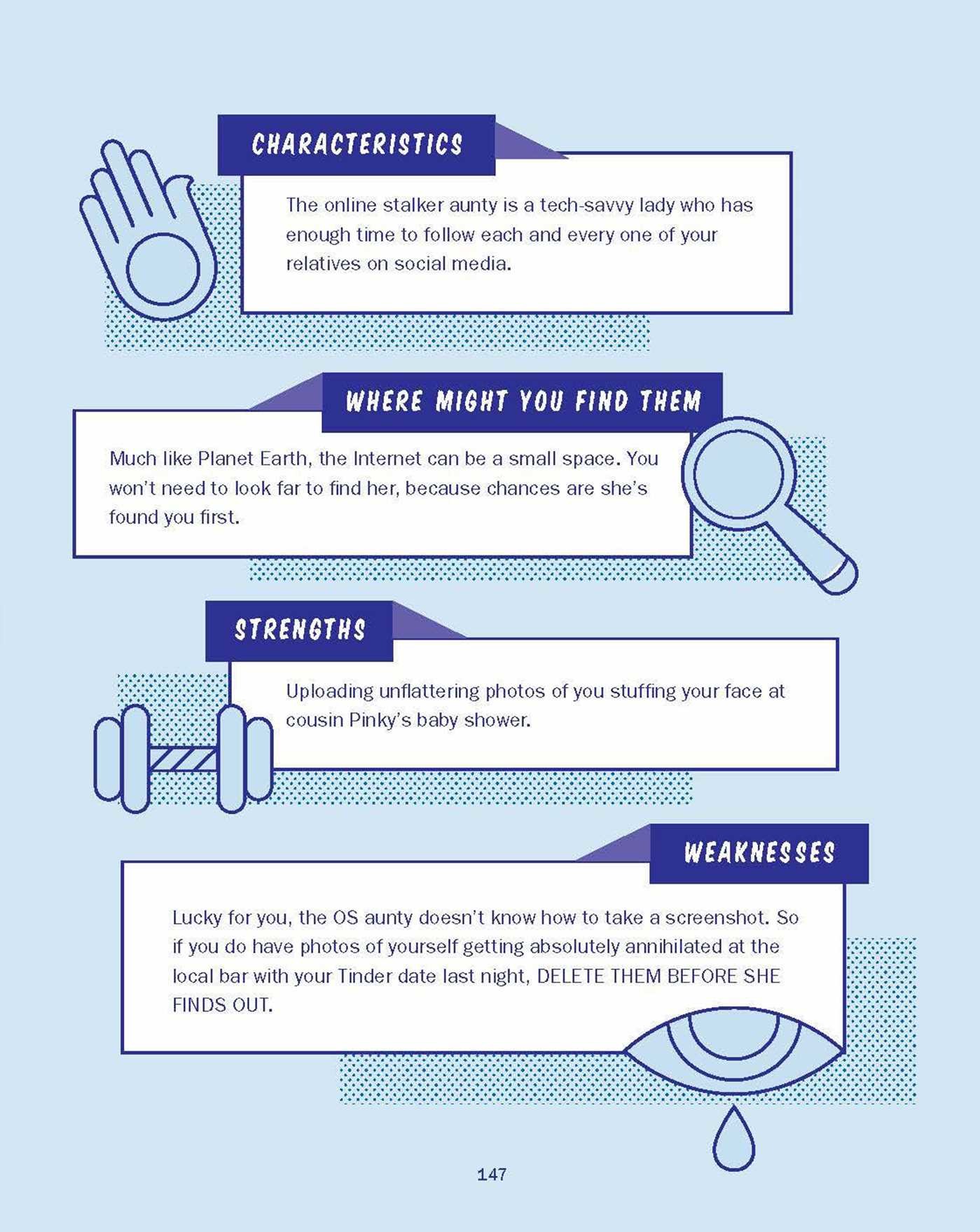 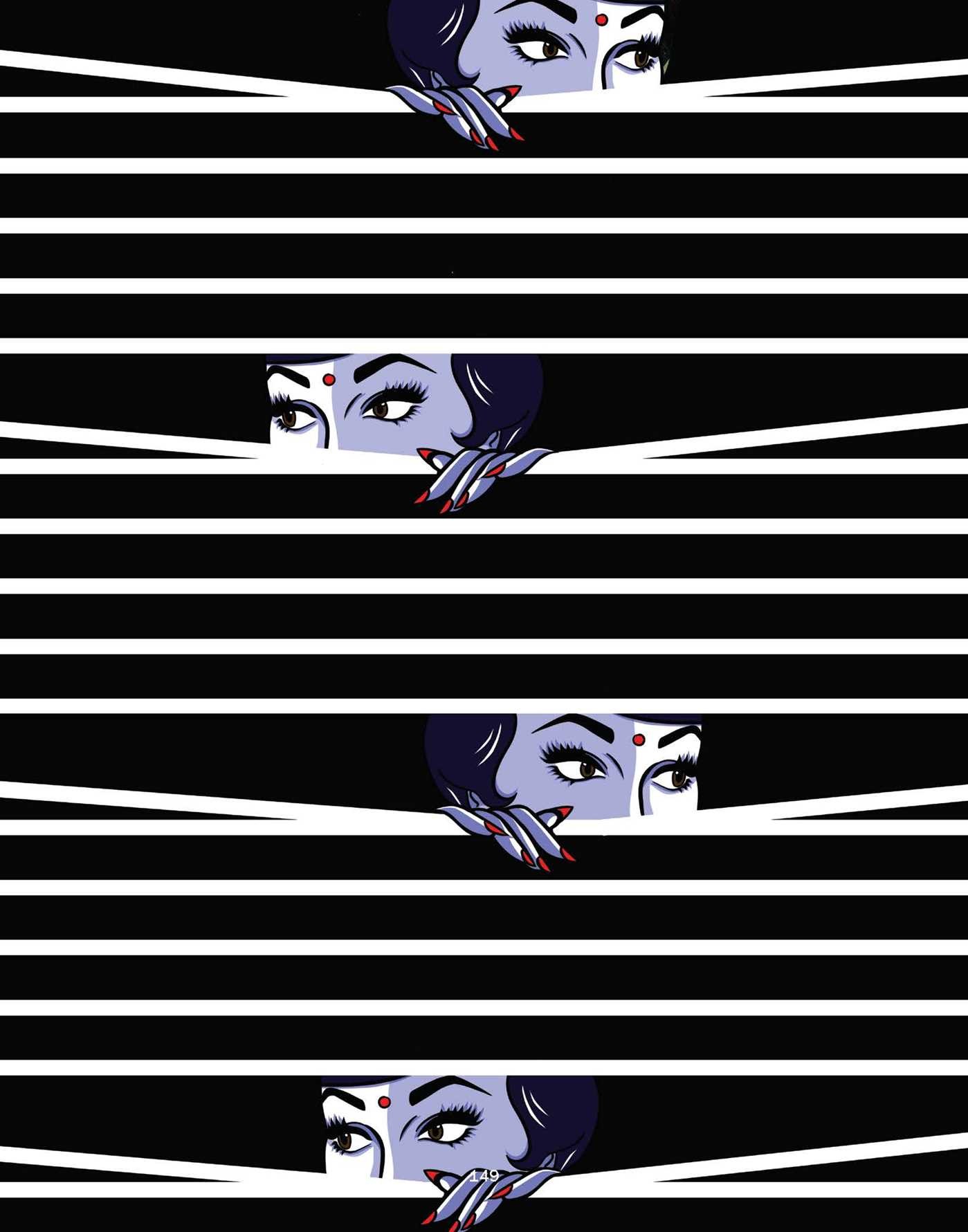 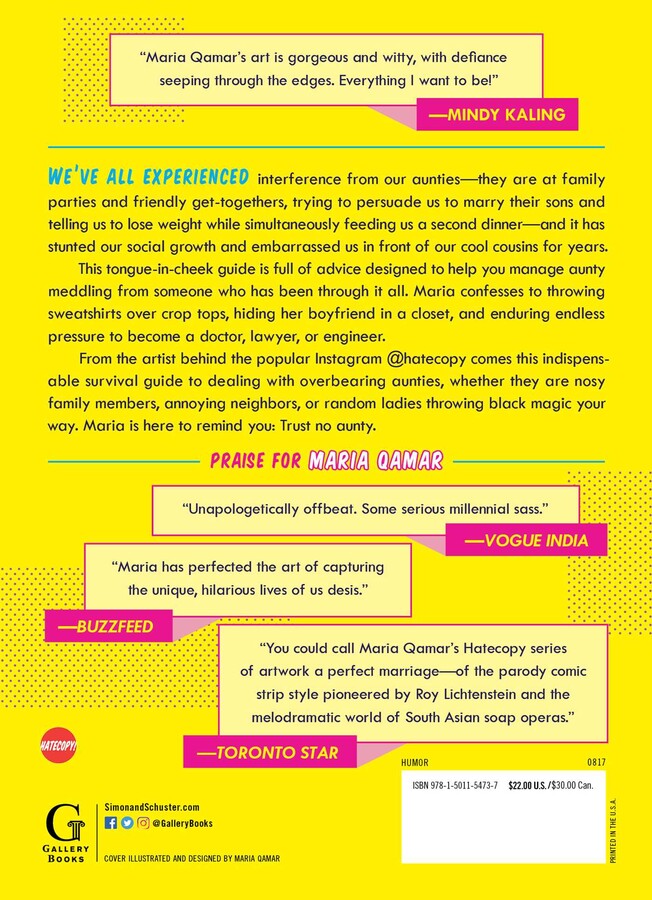 By Maria Qamar
Paper Over Board
Fixed Layout eBook
LIST PRICE $22.00
PRICE MAY VARY BY RETAILER

Based on her popular Instagram @Hatecopy and her experience in a South Asian immigrant family, artist Maria Qamar has created a humorous, illustrated “survival guide” to deal with overbearing “Aunties,” whether they’re family members, annoying neighbors, or just some random ladies throwing black magic your way.

We’ve all experienced interference from our Aunties—they are at family parties and friendly get-togethers, finding ways to make your life difficult, trying to get you to marry their sons, and telling you to lose weight while simultaneously feeding you a second dinner—and it has stunted our social growth and embarrassed us in front of our friends and cool cousins for years.

This tongue-in-cheek guide is full of advice designed to help you manage Aunty meddling and encourages you to pursue your passions—from someone who has been through it all. Qamar confesses to throwing sweatshirts over crop-tops to get out of the house without being questioned, hiding her boyfriend in a closet, and enduring overbearing parents endless pressuring her to become a doctor, lawyer, or engineer.

Holding onto your cultural identity is tough. Always interfering Aunties make it even harder. But ultimately, Aunties keep our lives interesting. As an Aunty-survivor and a woman who has lived the cross-cultural experience, Qamar defied the advice of her aunties almost every step of the way, and she is here to remind you: Trust No Aunty. 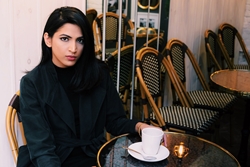 Maria Qamar, otherwise known as Hatecopy (@Hatecopy), is an artist living in Toronto. She was raised a first generation Canadian in a traditional South Asian home where a job in the arts was typically looked down upon as an “unstable career path.” Soon after realizing there was no other option, she fought to pursue the arts anyway and started her Instagram account Hatecopy in February 2015, illustrating the hilarious insights of diaspora culture and the significance of aunties in Indian culture. Trust No Aunty is her first book.

“Maria Qamar’s art is gorgeous and witty, with defiance seeping through the edges. Everything I want to be! I am a big fan." -- Mindy Kaling

"Everyone has an overbearing aunty! Qamar’s first book is where memoir and comic book and brownness meet, with advice on how to handle pushy aunties as well as recipes and stories about dating and racism. Qamar also illustrated the book with her Lichtenstein-esque feisty Indian women reminding you to get married or call home or not to “fall in love with another nikamma.” —New York

"When I first saw [Qamar's] work, I was instantly drawn to her ability to combine whimsy with cultural criticism. . . . Hatecopy is hilarious, smart, and insightful, speaking both to particular South Asian experiences and broader issues of self-acceptance and celebrating your identity as a person of color."

“If you think the new wave of South Asian humor is led by men—from The Big Sick's Kumail Nanjiani to Master of None's Aziz Ansari to No Man's Land's Aasif Mandvi—it's time to reckon with women like Qamar. With Trust No Aunty, her new book of Pop Art and satire, the 26-year-old Pakistani Canadian brings the experience of desi girls into the comedy limelight.”

"[A] hilarious survival guide. . . . Through her work, Qamar strives to create a space for South Asian women in the diaspora that is all their own."

“You could call Hatecopy’s series of artwork a perfect marriage of the parody comic strip style pioneered by Roy Lichtenstein and the melodramatic world of South Asian soap operas.”

“Maria has perfected the art of capturing the unique, hilarious lives of us Desis.”

“Hatecopy explores the shame experienced by first and second generation South Asian Canadians who want a career in the arts.”

“Maria Qamar’s satirical art paints a harsh, and hilarious reality of Asian culture- and it isn’t all bindi-wearing bliss.”

“Her art featuring hyperbolic characters is so relatable for young people from similar backgrounds that fan comments such as ‘my life story’ and ‘my mum, non-stop’ are regularly left on her page.”

"Hilarious, tongue-in-cheek advice. . . . As a self-professed 'aunty-survivor,' Qamar combines her striking illustrations with tips on how to navigate the drama aunties inevitably bring into our lives."

By Maria Qamar
Paper Over Board
Fixed Layout eBook
LIST PRICE $22.00
PRICE MAY VARY BY RETAILER