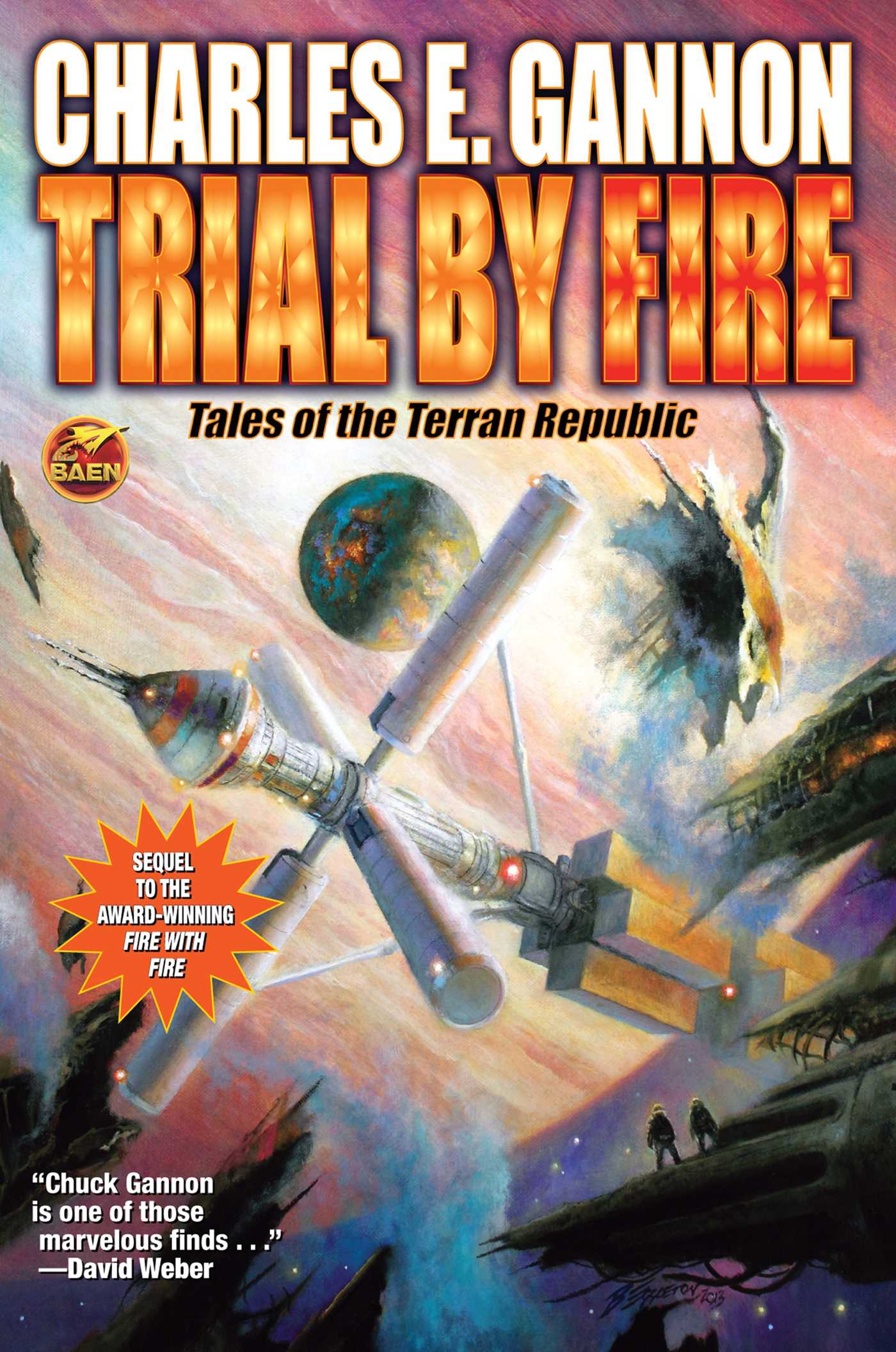 When reluctant interstellar diplomat and intelligence operative Caine Riordan returns from humanity’s first encounter with alien races, sudden war clouds burst. With Earth’s fleet shattered by a sneak attack and its survivors fighting for their lives, Caine must rely upon both his first contact and weaponry skills to contend with the non-humanoid enemy. And when the technologically-superior attackers sweep aside the solar system’s last defenses, and traitorous corporations invite the invaders to land "security forces," humanity fights back with its best weapons: cunning, inventiveness, and guts.

But as Earth hurtles towards a final trial by fire that is certain to scar its collective memory, Caine discovers that there may also be large and disturbing gaps in that memory. Clues point to a much earlier inter-species apocalypse, buried in humanity’s own prehistory. Which raises a terrifying possibility: what if the aliens' invasion of Earth is not one of conquest, but preemption? And what if their harrowing memories of a long-past cataclysmic war makes them willing to do anything to keep it from reigniting?

Even if that means exterminating the human race.

About Trial by Fire:
"Gannon's whiz-bang second Tales of the Terran Republic interstellar adventure delivers on the promise of the first (Fire with Fire). . . . The charm of Caines harrowing adventure lies in Gannons attention to detail, which keeps the layers of political intrigue and military action from getting too dense. The dozens of key characters, multiple theaters of operations, and various alien cultures all receive the appropriate amount of attention. The satisfying resolution is enhanced by the promise of more excitement to come in this fascinating far-future universe."—Publishers Weekly Starred Review

" . . . offers the type of hard science-fiction those familiar with the John Campbell era of Analog Science Fiction will remember.Gannon throws his readers into an action-packed adventure. A sequel to Fire With Fire, it is a nonstop tale filled with military science-fiction action." —Daily News of Galveston County

"[A]  white-knuckle adventure . . . with real stakes, and sets up the next challenge for the newly named Terran Republic. Gannon is making it easy for me to meet my goal of reading more military SF this year."—Fantasy Literature Review

About Compton Crook award winner for best first novel,  Fire with Fire:
“Chuck Gannon is one of those marvelous finds—someone as comfortable with characters as he is with technology, and equally adept at providing those characters with problems to solve. Imaginative, fun, and not afraid to step on the occasional toe or gore the occasional sacred cow, his stories do not disappoint.”—David Weber

"It’s a grand, fun series of battles and campaigns, worthy of anything Dale Brown or Larry Bond ever wrote." –Analog

About Charles E. Gannon:
"[A] strong [writer of] . . . military SF. . .[much] action going on in his work, with a lot of physics behind it. There is a real sense of the urgency of war and the sacrifices it demands." –Locus

Charles E. Gannon is the author of Compton Crook Award-winning, Nebula-nominated Fire with Fire, Trial by Fire, and Raising Caine in the Caine Riordan series. He is the coauthor with Eric Flint of 1636: The Papal Stakes and 1636: Commander Cantrell in the West Indies in Eric Flint's best-selling Ring of Fire series. With best seller Steve White, Gannon is the coauthor of Starfire series entries Extremis, Imperative, and Oblivion. Gannon is also the author of multiple short stories. He is a member of SIGMA, the “SF think-tank,” which has advised various intelligence and defense agencies since the start of the millennium. A former professor, Gannon lives near Annapolis, Maryland, with his wife and children.