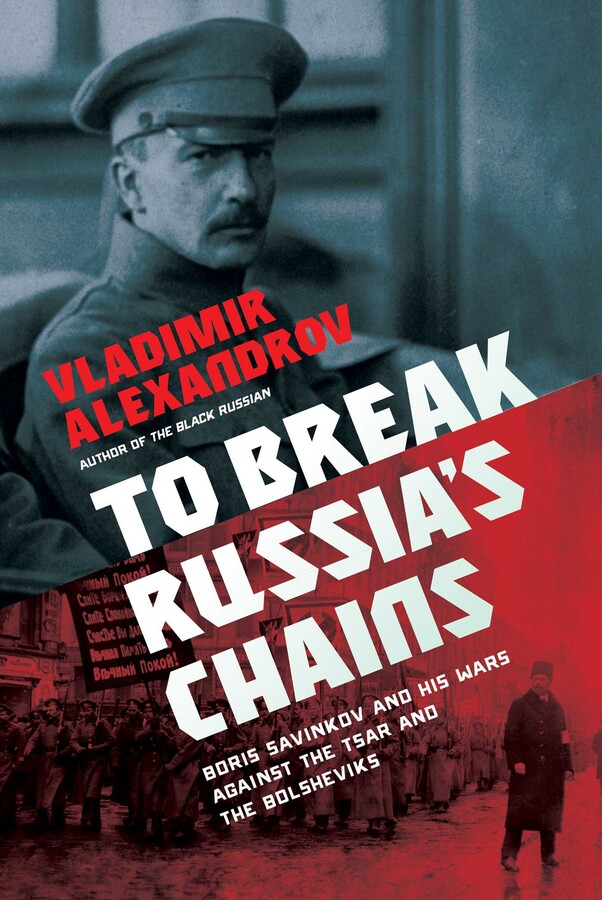 A brilliant examination of the enigmatic Russian revolutionary about whom Winston Churchill said "few men tried more, gave more, dared more and suffered more for the Russian people," and who remains a legendary and controversial figure in his homeland today.

Although now largely forgotten outside Russia, Boris Savinkov was famous, and notorious, both at home and abroad during his lifetime, which spans the end of the Russian Empire and the establishment of the Soviet Union.  A complex and conflicted individual, he was a paradoxically moral revolutionary terrorist, a scandalous novelist, a friend of epoch-defining artists like Modigliani and Diego Rivera, a government minister, a tireless fighter against Lenin and the Bolsheviks, and an advisor to Churchill.  At the end of his life, Savinkov conspired to be captured by the Soviet secret police, and as the country’s most prized political prisoner made headlines around the world when he claimed that he accepted the Bolshevik state. But as this book argues, this was Savinkov’s final play as a gambler and he had staked his life on a secret plan to strike one last blow against the tyrannical regime.

Neither a "Red" nor a "White," Savinkov lived an epic life that challenges many popular myths about the Russian Revolution, which was arguably the most important catalyst of twentieth-century world history. All of Savinkov’s efforts were directed at transforming his homeland into a uniquely democratic, humane and enlightened state.  There are aspects of his violent legacy that will, and should, remain frozen in the past as part of the historical record.  But the support he received from many of his countrymen suggests that the paths Russia took during the twentieth and twenty-first centuries--the tyranny of communism, the authoritarianism of Putin’s regime--were not the only ones written in her historical destiny.  Savinkov's goals remain a poignant reminder of how things in Russia could have been, and how, perhaps, they may still become someday.

Written with novelistic verve and filled with the triumphs, disasters, dramatic twists and contradictions that defined Savinkov's life, this book shines a light on an extraordinary man who tried to change Russian and world history.

Vladimir Alexandrov received a Ph.D. in comparative literature from Princeton. He taught Russian literature and culture at Harvard before moving to Yale, where he is B.E. Bensinger Professor of Slavic Languages and Literatures. He is the author of The Black Russian as well as books on Bely, Nabokov, and Tolstoy, and lives in New Haven, Connecticut.

"Marshalling a large cast of characters and a mountain of research into a fluid narrative, Alexandrov clarifies the complex dynamics of the Russian Revolution. This trenchant biography gives its fascinating subject his due."

"The importance of Boris Savinkov and his controversial role in the Russian Revolution and Civil War have been overlooked recently, but this excellent and well-written biography by Professor Alexandrov should do much to reawaken interest in his extraordinary life."

“Boris Savinkov was one of the most colourful, notorious and enigmatic figures in revolutionary Russia – a flamboyant hero to some, an untrustworthy villain to others. Extraordinarily influential in his lifetime – and still a legendary figure in Russia – this complex individual has been all-but forgotten in the West. Vladimir Alexandrov’s superb biography provides a page-turning account of Savinkov’s roller-coaster life, as well as throwing valuable new light on the history of the Russian state.”

"The extraordinary life of Boris Savinkov—revolutionary assassin, self-described terrorist, and novelist—is one of those historical enigmas peculiar to the tragedy of modern Russia. But in the hands of this masterful biographer, Savinkov is resurrected. Vladimir Alexandrov expertly mines the archives to write a spy story filled with intrigue, passion and improbable adventures—and along the way we learn a great deal of history. A formidable achievement."

– Kai Bird is a Pulitzer Prize winning historian, the Director of the Leon Levy Center for Biography and the author most recently of The Outlier: The Unfinished Presidency of Jimmy Carter.

"Magnetizing and unforgettable . . . In his assiduously researched, prodigiously descriptive, fluently analytical, and altogether astonishing work of resurrection, Alexandrov provides uniquely focused accounts of racial struggles in America and decadence and bloodshed in Europe and Russia while insightfully and dynamically portraying a singular man."

"[A] gracefully written feat of historical sleuthing. . . . Through prodigious archival research, historical scholarship and painstaking reconstruction of secondhand accounts, [Alexandrov] has drawn a moving and vivid portrait of a remarkable American life."

"With so much focus on the black experience in America in the 19th century, we might never consider the black experience in Europe at the same time. Vladimir Alexandrov's The Black Russian rectifies this oversight, and does so with panache. His tale is the biography of an individual who is wholly remarkable, regardless of race, and whose vitality, guile, and charm led him from Mississippi to Moscow, with plenty of adventures along the way. . . . Alexandrov transports the reader to an exotic era. Some of the most memorable parts of Thomas's life story lie in the incidental grace notes that add color to the lands through which he traveled."

"Although Alexandrov constructed this vessel with sturdy timbers of historical research, it sails lightly on a swift narrative current that transports us from Reconstruction Mississippi to Memphis, New York City, London, Paris, Moscow and, finally, Constantinople. . . . Alexandrov excels at recreating the various worlds Thomas inhabited—from his restricted existence during Reconstruction to his glittering fast-lane life on the Continent. . . . What [Thomas’s] life illustrates, as Alexandrov skillfully and gracefully shows, is that when people are unshackled from slaveries—of whatever sort—freedom's buoyancy can lift them to surprising heights, can offer miraculous views."