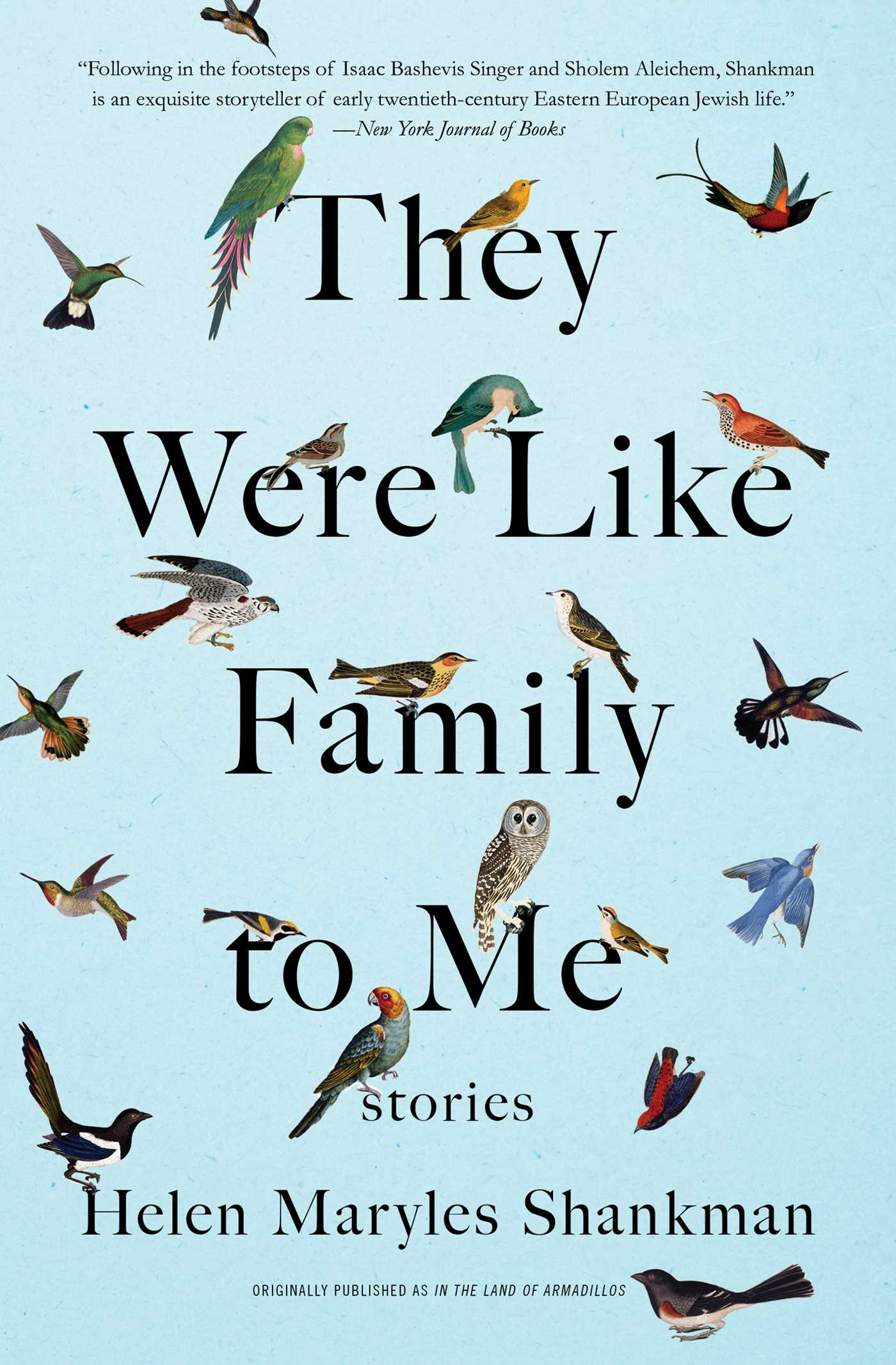 “An absolutely dazzling triumph…A singularly inventive collection” (Jewish Book Council) of linked stories set in a German-occupied town in Poland during World War II, where tales of myth and folklore meet the real-life monsters of the Nazi invasion.

1942. With the Nazi Party at the height of its monstrous power, Hitler’s SS fires up the new crematorium at Auschwitz and the occupying army empties Poland’s towns and cities of their Jewish citizens. As neighbor turns on neighbor and survival depends on unthinkable choices, Poland has become a moral quagmire, a place of shifting truths and blinding ambiguities.

“Filled with rich attention to the details of flora and fauna and insightful descriptions of the nuances of rural and small-town life” (Pittsburgh Post-Gazette), Helen Maryles Shankman shows us the people of Wlodawa, a remote Polish town at a crossroads: we meet an SS officer dedicated to rescuing the creator of his son’s favorite picture book; a Messiah who announces that he is quitting; a Jewish girl who is hidden by an outspoken anti-Semite—and his talking dog. And walking among these tales are the enigmatic Willy Reinhart, Commandant of the forced labor camp who has grand schemes to protect “his” Jews, and Soroka, the Jewish saddlemaker and his family, struggling to survive.

“Moving and unsettling...Like Joyce’s Dubliners, this book circles the same streets and encounters the same people as it depicts the horrors of Germany’s invasion of Poland through the microcosm of one village....A deeply humane demonstration of wringing art from catastrophe” (Kirkus Reviews), They Were Like Family to Me (originally called In the Land of Armadillos) is a testament to the persistence of humanity in the most inhuman conditions. 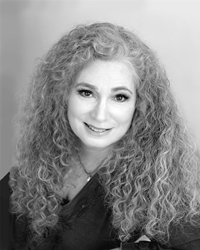 Helen Maryles Shankman’s stories have been nominated for two Pushcart Prizes. She was a finalist in Narrative Magazine’s Story Contest and earned an Honorable Mention in Glimmer Train’s Short Story Award for New Writers competition. Her stories have appeared in The Kenyon Review, Gargoyle, Cream City Review, 2 Bridges Review, Grift, Jewishfiction.net, and other publications. She is the author of the critically acclaimed novel The Color of Light and the story collection They Were Like Family to Me. She lives in New Jersey, with her husband and four children.

“One of the most original and consistently captivating short story collections to have appeared in recent years…Experienced together, the collection reads as a sophisticated orchestration. So tightly interwoven are its themes, characters, and grim events that it is hard to imagine any one apart from the others…An absolutely dazzling triumph…Shankman’s skill for description paints the setting in brilliant detail…Many stories reward with ironic twists and indelible surprises…In the Land of Armadillos is a singularly inventive collection of chilling stark realism enhanced by the hallucinatory ingredient of top-drawer magical realism, interrogating the value of art, storytelling, and dreams in a time of peril and presenting hard truths with wisdom, magic, and grace.”

“Each story is filled with rich attention to the details of flora and fauna and insightful descriptions of the nuances of rural and small-town life. The contrasts between the impeccable, polished-boot Nazis and the starving, penniless population they systematically slaughter are so artfully rendered that at times the stories are flat-out heartbreakingly impossible to read. Many of the stories are almost childlike in the simple but elegant beauty of their language…The stories are not simple fables of good and evil. Again and again the issues of causality, blame, judgment, atonement and responsibility are explored…Each story leads inexorably back to Ms. Shankman’s fundamental questions regarding blame, courage and responsibility. In a better world, no one would have to ponder these issues. Unfortunately, that world does not exist. One cannot read Ms. Shankman’s compelling, beautiful, gut-wrenching book and not think long and hard about what we are and what we are capable of becoming.”

“Moving and unsettling…Like Joyce's Dubliners, this book circles the same streets and encounters the same people as it depicts the horrors of Germany's invasion of Poland through the microcosm of one village…Shankman's prose is inventive and taut…Her writing is simple and matter-of-fact, never maudlin or sentimental…A deeply humane demonstration of wringing art from catastrophe.”

“Following in the footsteps of Isaac Bashevis Singer and Shalom Aleichem, Helen Maryles Shankman is an exquisite storyteller of early 20th century Eastern European Jewish life...Readers of In the Land of Armadillos will encounter vibrant tales of extraordinary people, good and evil, in a twisted, macabre life. Here, the old rules are no longer valid. Subjected to inhumane conditions, with brutality and death around every turn, Shankman’s characters alternately perpetrate and combat hatred while sliding inexorably toward a dark and surreptitious future.”

– The New York Journal of Books

“Every story in this remarkable collection reveals Helen Maryles Shankman’s talent for surprising, disturbing and enlightening her readers. Blending the horrors of war with the supernatural, she creates a literary landscape that is strangely mythical and distinctively her own. These stories haunted me for days after I finished reading them.”

“What might otherwise have been an unbearable recounting of inhuman atrocities Shankman transforms through a prism that is by turns forthright and tender, oblique and intimate, brutal and ethereal…Though each story stands beautifully on its own, it is the completed tapestry of interwoven details that finally reveals the entire picture and provides the full emotional depth of the collected stories; the sum is unquestionably greater than the parts…The author’s greatest accomplishment is in leaving the horror to speak for itself, and instead giving voice to the enchantment.”

“With unflinching prose and flashes of poetry Helen Maryles Shankman spirits her readers back through history to the Polish hamlet of Wlodawa during the dark days of Nazi occupation. Horrific reality and soaring fantasy meld in serial stories that include an avenging golem, an anti-Semite who shelters a Jewish child, brutal SS officers who lay claim to 'their own Jews' and an unlikely messiah "whose breath smelled of oranges and cinnamon." That scent will linger in the memory of readers as will the haunting stories in which barbaric hatred is mitigated by the reflection of a survivor who reflects that "love is a kind of magic." There is, in fact, literary magic in these well told tales."

“Populated with monsters and heroes [human and perhaps not], but mostly with ordinary people caught up in horrific events they neither understood nor controlled - this series of intersecting stories drew me in completely, making me read them again to find all the connections I missed the first time. The writing is fantastic, and  I marvel at Shankman's literary skills.”

"In The Land of the Armadillos is  a moving collection of beautifully written short stories that readers of Jewish fiction will celebrate.  Not to be missed.”

“Shankman presents a typical German-occupied Jewish town in an atypical way: through the lens of several non-Jews and their individual transformations, or lack thereof. We come away with something new in literature—a full portrait of a war-torn Jewish town, where a nimble application of the magical gently veils the harsh realities.”

“This is a book lover’s book, filled with beautiful language and textured scenes…There’s no forgiveness in these stories, but explorations of human nature. With bold originality, Shankman has created her own literary blend of history, folklore, fantasy, myth, spirituality and truth.”