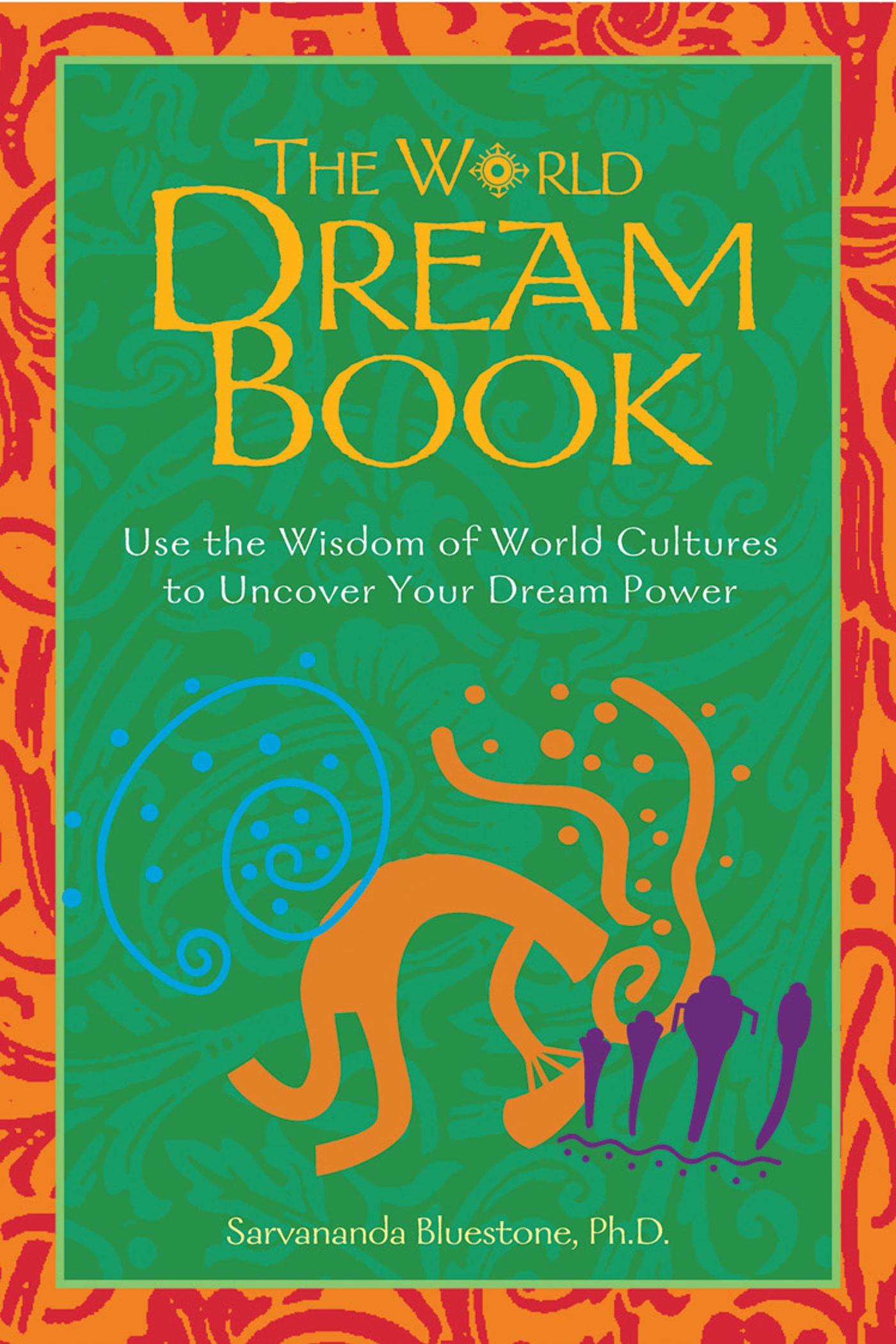 A unique self-help guide to dream interpretation using techniques and icons from cultures around the world.

• Challenges the assumption that all symbols universally signify the same thing to all dreamers.

• Extends beyond Jung and Freud to include dream theory from numerous world cultures, including the Temiar of Malaya, the African Ibans, the Lepchka of the Himalayas, and the Ute of North America.

Dreaming can be used as a tool for understanding our own consciousness, enhancing creativity, receiving visions, conquering fears, interpreting recent events, healing the body, and evolving the soul. Tapping into the vast dreaming experiences and lore of the world's cultures--from the Siwa people of the Libyan desert to the Naskapi Indians of Labrador--Sarvananda Bluestone challenges the assumption that all symbols universally signify the same thing to all dreamers. The World Dream Book encourages readers to develop their own, personalized symbols for understanding their consciousness and provides a series of stories, multicultural techniques, and games to help them do so.

Playful explorations, such as the aboriginal "Sipping the Water of the Moon," teach how to induce, recall, interpret, and utilize the power of dreams. Readers will discover how a stone under a pillow can help us remember a dream and will explore their own dormant artist and writer as they reclaim the power of their sleeping consciousness. Sarvananda Bluestone applies his uniquely engaging style to demonstrate that, with a few simple tools, everybody has the capacity to unleash their full dreaming potential.

Saddling the Nightmare: Awakening to Our Sleeping Fears

From ghosties and goblins and things that go bump in the night, dear Lord preserve us
…old Scottish prayer

All dreams have two parts. There is the visual part. That is what we “see”. The other part is the visceral. Nightmares are always visceral.

Fear is part of the human condition. Other animals do indeed experience fear in the face of danger. Now it would be silly to deny the importance of fear. Without fear we would still be trying to put our fingers in light sockets or walking in front of moving cars. There are definitely some things that we need to fear in order to survive. In fact, teaching our children a certain amount of fear is part of parental responsibility.

However, we humans are probably the only species who can fear danger that does not yet face us. We are uniquely capable of generating our own fear. Other than those domesticated animals who have associated with us for so long, we probably are the only animals who can generate our own anxiety.

There are very few things that require the basic survival fears. Flight or fight is a fear response that connected us with our animal nature. It is a survival response. How many times do we face this necessity in our ever day lives? As we grow older presumably we grow more aware. And the fears instilled in childhood no longer apply. After all, what sane adult would put his finger in a light socket?

In our waking consciousness, we can often deal rationally with our fears. More often we are able to push them down. But in our sleeping consciousness our rationality is of little help. Our submerged fears may arise.

People have been experiencing fear for as long as there have been people. The ways in which people have dealt with nightmares are as varied and many as the human kaleidoscope itself.

Perhaps it is the loss of control in sleep that makes the dream state such a fertile ground for fear. After all, in our waking life we have at least the illusion of control. We fall asleep. We do not take deliberate steps into that land of dreams. We pass to another shore much as we do in death.

The Yakutat Tlingit Indians express the nature of sleep as death. In their language, the phrase, “he’s sleeping” or “he’s falling asleep” is expressed as “by sleep he was killed”. Among these people there is a common expression, “sleep lives face to face with death.”

Sleep and death. That can be scary. We leave the familiar and go into the unknown. As in death, we are out of control.

Where do they begin, these nightly messages of terror? From the time that the first child or adult woke up screaming people have been trying to find the roots of nightmares.

Humans have been watching their nightmares for a long time. The terrors of night have been with us from the beginning. And we have tried to understand their origin.

And nightmares may come. The Araucanos of Chile considered the spirits of nightmares to be real beings. We are attacked, they felt, by spirits--very often the spirits of the dead. Sometimes, according to the Tikopia of the Solomon Islands, a spirit can come and sit on a person’s chest or belly. Such a spirit pushes down giving the unsuspecting dreamer unpleasant feelings of being crushed--nightmares. The Tikopia feel that nightmares are caused by spirits who have never been in human form or lived on earth. These spirits, or atua, counterfeit familiar forms to confuse and deceive the dreamer.

The Western Shoshone and Hopi Indians saw dreams and nightmares as part of life energy. They called it Buha. Eastern mystics call it chi. Buha is positive life energy. It is the energy of the Great Spirit. Without Buha a person dies. . .
Sarvananda Bluestone

Sarvananda Bluestone, Ph.D., received his doctorate in history from the University of Wisconsin. After years of teaching, he left academia behind for an ashram in India and then a spiritual community in Oregon. He now lives and works in New York.

". . . finally a writer has come along who recognizes the role world cultures play in accurately accessing dream significance."

"The World Dream Book is a wonderful, witty compendium of dream legend and lore from around the world."

"The World Dream Book is far more practical than other dream books I've read. It's clear, interesting, and relevant. It provides tools and insights to make dreaming life meaningful and relevant."

" . . . much more than dream interpretations; it is a handbook for using your dream state to enrich and change your life."