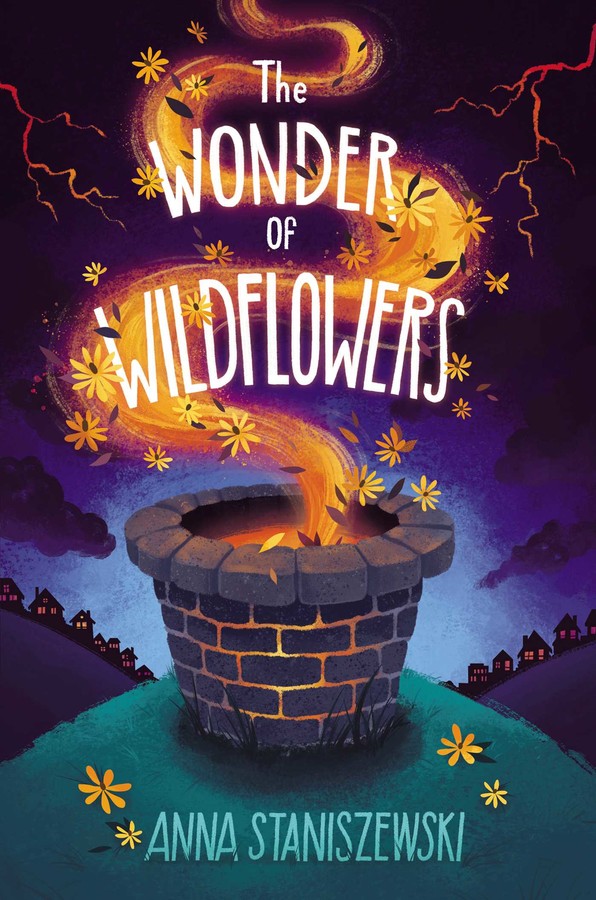 The Wonder of Wildflowers

By Anna Staniszewski
LIST PRICE $17.99
PRICE MAY VARY BY RETAILER

Ten-year-old Mira must balance the loyalty she feels towards her family with the desire to be accepted by her new classmates in this powerful coming-of-age story about identity, community, and finding a place to call home.

I’m not like most of my classmates. At least not yet.

My family came to this country when I was five years old, but we’re so close to becoming citizens now. This means we’ll finally be able to use Amber like everyone else. Then I will be as special as the rest of my classmates, the ones who were born here with magic already in their veins.

But most of all, no one will compare me to Daniel anymore. Daniel who doesn’t even try to fit in, who actually seems proud of being an outsider.

Once I take my first sip of Amber, I will be on the inside.

1
There’s nothing worse than being “it.” We’ve been playing tag at recess for days, and no matter what I do, I can’t catch any of the other kids. Finally today, Krysta announced that the girls are going to choreograph a dance number instead. I don’t know if she did it out of pity for me, but either way, I’m relieved.

I hang back as the other girls cluster around Krysta, their faces silently begging her to pick them. Nearly all of them wear their hair in a thick braid like hers. They might not actually like her, but they want to be included in whatever she’s doing. That’s how it’s always been, even before her dad was elected mayor of Westbrook.

“I only need three people,” Krysta says from her perch on top of the monkey bars.

A sigh of disappointment echoes around the jungle gym. There are twelve girls in Miss Patel’s fifth-grade class.

I know that Krysta won’t pick me, not when I’m the least-athletic girl in our grade. And really, I don’t even like to dance. I’d rather find a quiet spot and write poems in my notebook instead. But even if I’m not in the group, I’ll have to watch every minute of their dance practice. I can’t risk being off on my own without Krysta to protect me.

I glance across the playground at Daniel Porter. He’s sitting on a bench pretending to read a book while a couple of the other kids pelt him with acorns when the teacher isn’t looking. Daniel was born here but only moved back into the country two years ago. That means the magic hasn’t had time to build up in his system yet. He’s smaller and weaker like I am, but he’s the only kid in the entire school who wears glasses. That makes him even more of a target.

I yank my eyes away from Daniel. “What?”

Eileen is already at Krysta’s side, of course. The three of us always sit together at lunch. Yuli is there too, which makes sense. She might be shy, but she won a big dance competition last year. That leaves one spot. I guess it’s mine.

As I walk over, the girls who weren’t chosen glare at me so hard, it burns. Everyone knows I don’t belong in the dance group. But Krysta is my best friend, and I guess this time she’s decided that’s enough.

Krysta convinces one of the teachers to let us play music, an old tune that Krysta says was popular when her parents were kids. She shoos a couple of boys off the grass because they’re in her way, and then she lines the three of us up to teach us the dance. When I’m standing next to the other girls, it’s even more obvious how scrawny I am. A chicken surrounded by swans.

We run through the moves over and over. They look effortless when Eileen and Yuli and Krysta do them but feel awkward and stiff on my body. Krysta yells at the other girls, but she doesn’t say a word to me as I stumble and flail. Somehow, that’s even worse.

By the end of recess, my bangs are plastered to my forehead, and I’m gulping for air like a fish.

“Did you, like, wet your hair or something?” Eileen asks when we’re filing back into our classroom. Her golden forehead is glowing, of course, and her pale pink shirt looks as though she just ironed it.

“Oh right!” she says. “Sometimes I forget that you’re, like, not from here.” Coming from her, it’s actually sort of a compliment.

Yuli gives me a small smile as she walks by. “Good job, Mira,” she says softly. We both know it’s not true, but it’s still nice of her to say it.

I slide into my seat and quickly dab at my damp forehead with the edge of my sleeve. What would it take for the other girls to sweat this much? A marathon?

“We can work on the steps after school,” Krysta says as she sits down at the desk beside mine, tossing her dark braid over her shoulder.

“Don’t you have fencing?” I ask. Or archery or karate or piano lessons. Since Krysta and I live on the same street, we ride our bikes to school together in the mornings, but her afternoons are always booked up.

Her dark eyes twinkle. “Mom fired my coach for being too easy on me, so I get the day off. Want to come over?”

“I’ll have to ask my dad,” I say, hoping he’ll say yes. Tata hasn’t had any odd jobs lined up in weeks, so he’s been tearing up our garden instead. Getting out of helping him for one afternoon would be a nice change.

“Everyone, please settle down!” Miss Patel calls out. “We’ll get to our history lesson in a minute, but first I have an announcement about our spring wildflower project.”

I let out a quiet sigh. The other day, Miss Patel explained how each of us would be collecting and labeling wildflowers and then presenting our “top picks” to the class. I’d much rather be writing about flowers than hunting through bushes to find them. Then again, Tata was so excited when I told him about the project that he even smiled a little. He thinks I might be able to help him save the dying flower beds in front of our house.

“Remember that for the project you’ll be working in pairs,” Miss Patel goes on.

Krysta and Eileen instantly lock eyes across the room. I know it’s nothing personal. Krysta can’t risk pairing up with me when her mom expects her to be perfect. Usually my teachers are fine with me working by myself.

Then Miss Patel adds, “I’ve gone ahead and chosen your partners.”

Everyone groans, and Anton, who’s always asking questions, instantly raises his hand. “Why don’t we get to pick?”

“Because I want you to stretch yourselves,” Miss Patel says before she starts going through the list. Krysta rolls her eyes when she and Anton are partnered up. At last, Miss Patel reads two final names. Mira and Daniel.

I’ve been so careful about never talking to Daniel or even standing near him, in case people think we’re the same. Now we’ll have to get up in front of the whole class and do a presentation together?

I shoot a glance in Daniel’s direction. His messy hair hangs in his face, and his skinny legs stick out from under his desk as if they’re too long for the rest of his body. He’s staring out the window, not even pretending to pay attention.

“Please make sure to meet with your partners this week to plan,” Miss Patel says. She passes out instructions along with stacks of wildflower guides that list all the common plants growing in our area.

Krysta flashes me a sympathetic look as my pulse pounds harder and harder.

Miss Patel is already moving on to our history lesson. I’ll have to go see her during lunch. I can’t be paired up with Daniel, not when I’ve tried so hard to fit in. Not when it could ruin everything. 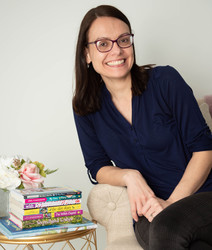 Anna Staniszewski is the talented and prolific author of over a dozen books for young readers, ranging from the novels Once Upon a Cruise and The Dirt Diary series, to picture books such as Dogosaurus Rex and Power Down, Little Robot. She was a Writer-in-Residence at the Boston Public Library and a winner of the PEN New England Susan P. Bloom Discovery Award. Currently, Anna lives south of Boston with her family and teaches writing and children’s literature at Simmons University.

"A light fantasy with a powerful message of hope. "

"A strong middle-grade novel recommended for all libraries."

"While it can be read as a simple fantasy, the underlying themes that emerge about privilege and equal rights would make this ideal for a classroom read-aloud. The complexity of ideas included in a fantasy story intended for this age-range is remarkable."

"Readers will feel proud of Mila for speaking up and standing up for what’s right. VERDICT Useful for schools and classrooms where social justice is widely discussed. A strong purchase for upper elementary and middle school collections."

"Staniszewski employs phraseology kids may already be familiar with to lay out common debates surrounding legal and illegal immigration, and that’s how the novel will be most useful: as a conversation-starter about issues readers may have noticed in their own lives....it points to the need for longer-term solutions to human dependence on dwindling natural resources and emphasizes that children can—and do—play roles in shaping environmental, political, and social change."

The Wonder of Wildflowers

By Anna Staniszewski
LIST PRICE $17.99
PRICE MAY VARY BY RETAILER