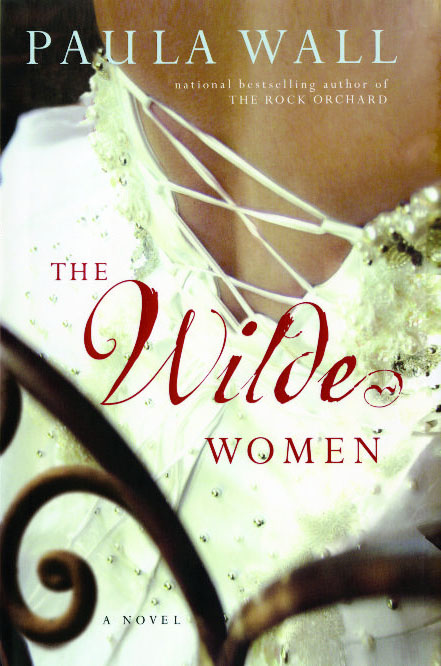 By Paula Wall
LIST PRICE $20.99
PRICE MAY VARY BY RETAILER

Paula Wall, the national bestselling author of The Rock Orchard, returns with another witty, wise, and romantic tale of two sisters with a talent for seduction and the unfortunate habit of falling for the wrong man every time.

The Wilde sisters dove headfirst into this world on fire with life and expectation. With hair black as midnight and eyes blazing blue, they grow into truly irresistible women. But as well as being blessed with beauty and determination, the Wilde sisters are cursed with equal tastes for mischief and bad men. And both of these appetites always lead to trouble. Love either lifts a woman up or drags her down. When a Wilde woman dies, they don't have to dig a hole.

On Black Friday in Five Points, Tennessee, Pearl Wilde finds her sister, Kat, in the barn wearing both her favorite shoes and her fiancé. As quick to fury as she is to passion, Pearl leaves town immediately. She returns five years later a sophisticated femme fatale, with her claws sharpened like stainless steel and a demeanor so cool that the townspeople can no longer tell if she even has sweat glands. Slowly and deliberately, Pearl begins her revenge on Kat by captivating all the men of Five Points, but all the while never forgetting the one man who had the power to break her heart.

In The Wilde Women, Paula Wall once again bewitches the reader with humor, sass, smarts, and sensuality, creating a hilarious and beguiling world where sometimes the best revenge is forgiveness.

By clicking 'Sign me up' I acknowledge that I have read and agree to the privacy policy and terms of use. Free ebook offer available to NEW US subscribers only. Offer redeemable at Simon & Schuster's ebook fulfillment partner. Must redeem within 90 days. See full terms and conditions and this month's choices.
The Wilde Women
By Paula Wall
At every crossroad in life, there is always one right choice.
Inevitably, Wilde woman go left.
Fidela abandons a good man at the altar, damning him to a life of hate and bitterness; Lorna prefers to spend her time bedding other women's fiancés instead of raising her own daughters; and Kat betrays her sister Pearl, who runs away heartbroken only to return three years later to unleash her revenge in the form of a whorehouse. But, as the residents of Five Points, Tennessee, are quick to point out -- what else would you expect from the women who share the last name Wilde?
In Paula Wall's saucy southern novel, a town beaten down by the Depression is brought back to life by the bad blood boiling between Kat and Pearl Wilde. While one sister builds a business based on pleasing men, the other builds a life hell-bent on pleasing herself. Trapped between the fiery women are the men that desire them, the town that loves to hate them, and the spirits that haunt them.
Although it explores serious themes -- hate and forgiveness, love and betrayal, living up to a father's expectations and living down a mother's curse, The Wilde Women is an untamed, sassy read by an author who "has the southerner's warm gift for metaphor and a northerner's cool aptitude for telling it like it is" (Kirkus Reviews).

Questions and Topics for Discussion:
1. "The sins of the mother are visited upon the daughter" (page 4). Other than the Wilde women, what other character could this be said of? Discuss the role of motherhood in this novel.
2. "Maysie realized she was alone in the world. But then most women are; they just don't know it" (page 36). How are women, as a whole, portrayed in Wall's book? Do you agree or disagree with her observations?
3. "The South is haunted by the ghosts of grandeur past" (page 40). What haunts the main characters in The Wilde Women? How do each deal with their demons?
4. Where do you think the fifth arrow points to on the town's landmark rock?
5. "There is nothing in the world harder to give up than a good strong hate. It gets the blood boiling and gives a man purpose and direction" (page 87). Which characters in the novel are consumed by hate and why?
6. Discuss the significance of various images from the book: a fresh brown egg; a tube of red lipstick; a rag doll filled with lavender; a Jesus Saves oven mitt; and an engagement ring worn only in sleep.
7. "Bourne glided through life as though greased while Devin fought Lady Luck with both fists raised" (page 146). Although different, what do the Cavanagh brothers have in common with each other?
8. "Pearl had found enormous freedom in her ruined reputation" (page 168). What advantages does Pearl's reputation provide her? Does Kat feel the same about her own reputation? What is ironic about these characters contributions to their judgmental town?
9. The following lines could all be considered the main theme of the novel. Which do you think best sums up the theme? Why?
a. "Love lifts a woman up or drags her down" (page 5).
b. "Ultimately, forgiveness is a leap of faith, and the odds are fifty-fifty you'll be crippled by the fall" (page 258).
c. "If a person didn't know what to look for, they would never see it" (page 303).
d. "It isn't the hand you're dealt in life -- it's the hands that hold the cards" (page 221).
Readers Tips
1. Research Five Points, TN, and reveal your findings with your book club.
2. Take your book club to one of the author's appearances (www.paulawall.com).
3. Draw a family tree of the Wildes, Hughes, and Cavanaghs -- then see where those three trees connect.
4. Name each character described below: "Underneath the pomp and polish was pure wolf -- hungry and dangerous" (Answer on page 59).
"She had never read a book in her life, including the one she lived by" (Answer on page 96).
"She had skin the color of maple syrup, a thick black braid down her back, and wet brown eyes that promised to haunt a man" (Answer on page 138).
"He had a hairpin temper and a body coiled tight as a copperhead" (Answer on page 144).
"His dance with death turned him into a philosophical man. And the philosophy that he had come to believe in was the survival of the fittest" (Answer on page 160).
"Kindness was the only thing she never saw coming" (Answer on page 167).
"On the best of days, he was treated like lox and bagels in a basket of fishes and loaves" (Answer on page 210).
"Independence was a lonely place to live, but once she'd been there a while, she could never go back" (Answer on page 230).
"She was so securely perched on the top rung of society that she had nothing to gain by looking down at others" (Answer on page 243).
"It was as if the stork dropped him in the wrong town to begin with" (Answer on page 276).
"He woke up in more strange beds than his own, thinking only of the next warm body he'd pin to the sheets" (Answer on page 180).
"She could not stand a man who lacked conviction, even if that conviction was getting her into the backseat of his car" (Answer on page 238). 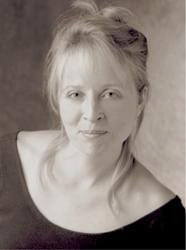 Paula Wall is the author of two collections of short pieces, My Love Is Free...But the Rest of Me Don't Come Cheap and If I Were a Man, I'd Marry Me. The latter was a semifinalist for the Thurber Prize. She currently lives outside of Nashville in a converted barn on 150 acres at the foot of the Highland Rim. Her nearest neighbor is one mile down the road, which, frankly, is a little too close for comfort. The Rock Orchard is her first novel. Visit her website at www.PaulaWall.com.

By Paula Wall
LIST PRICE $20.99
PRICE MAY VARY BY RETAILER