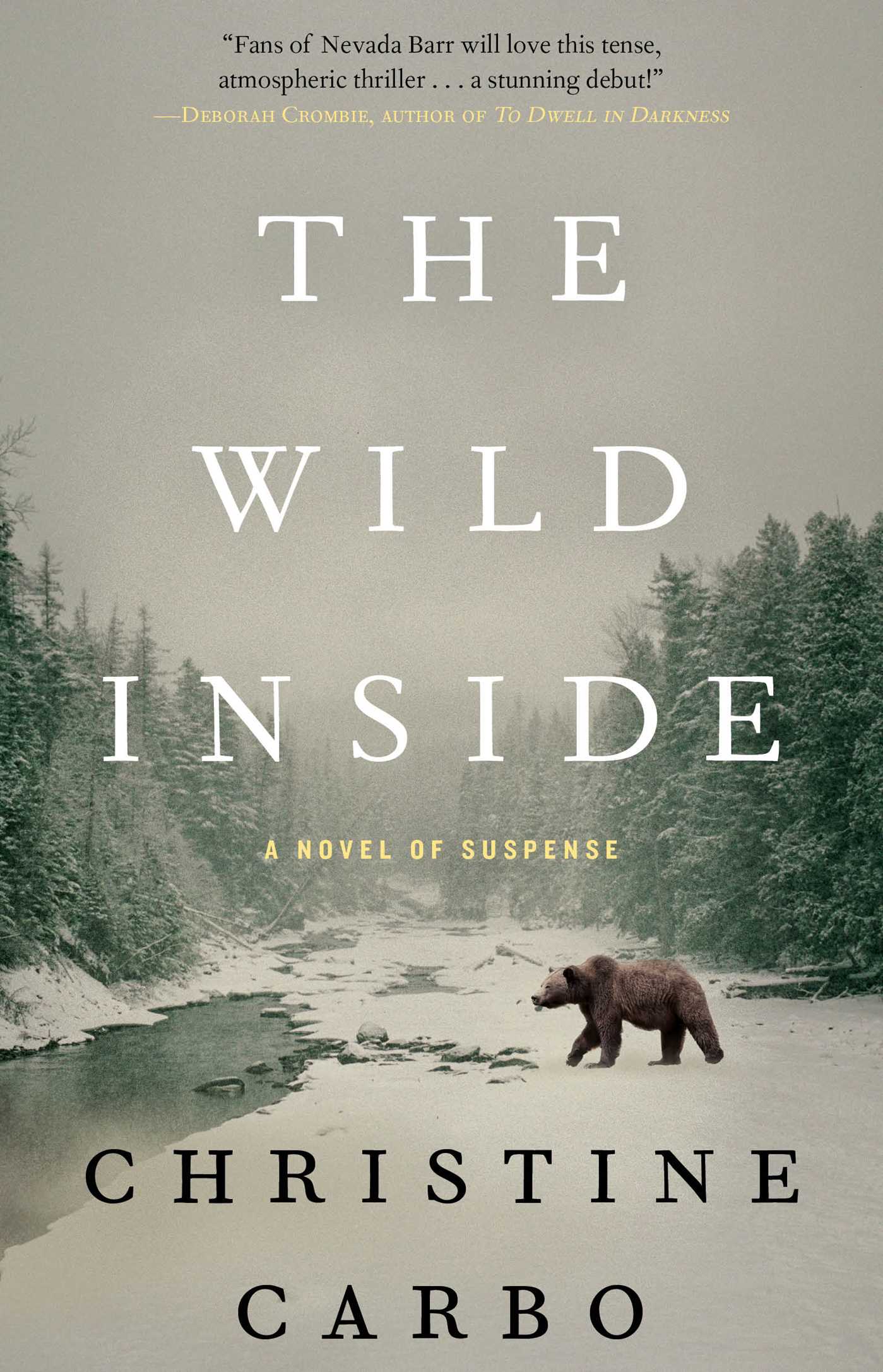 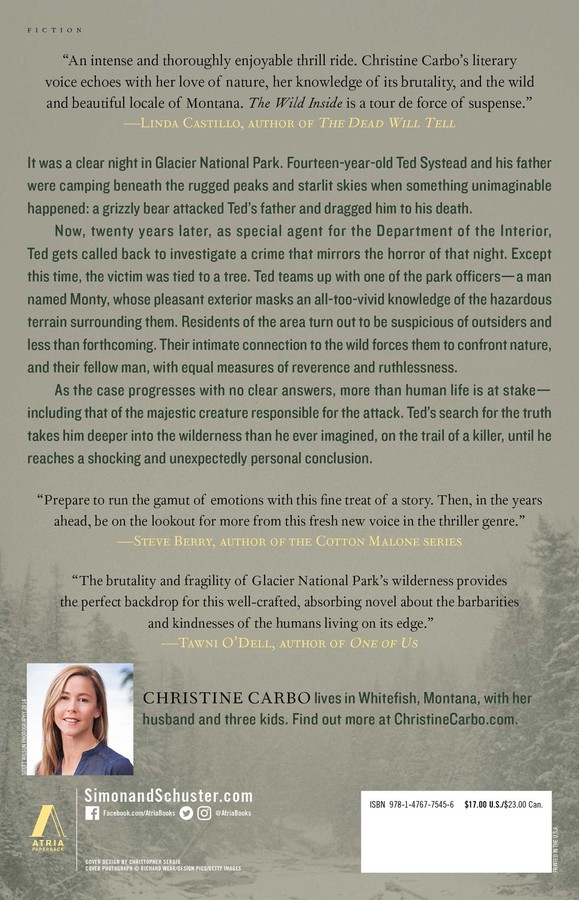 A haunting crime novel set in Glacier National Park about a man who finds himself at odds with the dark heart of the wild—and the even darker heart of human nature.

It was a clear night in Glacier National Park. Fourteen-year-old Ted Systead and his father were camping beneath the rugged peaks and starlit skies when something unimaginable happened: a grizzly bear attacked Ted’s father and dragged him to his death.

Now, twenty years later, as Special Agent for the Department of the Interior, Ted gets called back to investigate a crime that mirrors the horror of that night. Except this time, the victim was tied to a tree before the mauling. Ted teams up with one of the park officers—a man named Monty, whose pleasant exterior masks an all-too-vivid knowledge of the hazardous terrain surrounding them. Residents of the area turn out to be suspicious of outsiders and less than forthcoming. Their intimate connection to the wild forces them to confront nature, and their fellow man, with equal measures of reverence and ruthlessness.

As the case progresses with no clear answers, more than human life is at stake—including that of the majestic creature responsible for the attack. Ted’s search for the truth ends up leading him deeper into the wilderness than he ever imagined, on the trail of a killer, until he reaches a shocking and unexpected personal conclusion.

As intriguing and alluring as bestselling crime novels by C.J. Box, Louise Penny, and William Kent Krueger, as atmospheric and evocative as the nature writing of John Krakauer and Cheryl Strayed, The Wild Inside is a gripping debut novel about the perilous, unforgiving intersection between man and nature.

IF I COULD reveal one particular thing about my way of thinking it would be this: I was a fourteen-year-old boy when that feral, panic-filled night ruined my ability to see the glass as half full. It’s still hard to talk about, but in terms of self-definition, nothing comes close to that crucial three-hour span of hellish time when the emotional freedom that comes from trusting the foundation one stands on would wither like a late-fall leaf. Up until then, my mom, Mary Systead, with her hazel eyes and dimples, a hospital pharmacist and a lover of self-help and pop-psychology books, had always ridden me about being a positive thinker, telling me that I had a bad habit of seeing the glass as half empty and that if I didn’t learn to overcome it, it would have a bad effect on my life. At the time, I had no idea what she was talking about. And later, I couldn’t imagine what could be more negative than what ended up happening: losing my dad and lying in the hospital for weeks like a heavy bag of sand, listening to the orderlies telling me how lucky I was not to have died.

But that desolate late-summer night all those years ago at Oldman Lake, the stuff of great sensationalism and freaky campfire stories, isn’t what’s interesting to me now. What is notable is my knack for glimpsing the dark intersection of good and evil in people and seeing how it can be traced back to that fateful period. Because, although this can be taken as positive thinking itself—and I’ll admit that traces of it creep in—my critical nature has made me fairly decent at what I do, which is working as a special agent—we call it Series Eighteen-Eleven—for the Department of the Interior’s National Park Service.

Most people think of me as a glorified ranger because nobody ever imagines that crime occurs in the nation’s parks. But it does: drug manufacturing, cultivation and trafficking, illegal game trading, theft, arson, archeological vandalism, senseless violence, and, of course, homicide. Not to mention that the woods happen to be a great place to dump bodies. The United States has fifty-eight national parks with about eighty million acres of unpaved, unpopulated land. I and two guys from the department are trained to undertake homicide investigations and are stationed in the western region, which means our offices are in Denver so that we can cover numerous sites: Yosemite, Yellowstone, the Grand Tetons, Bryce Canyon, Glacier, Joshua Tree, Mesa Verde, Death Valley, the Great Sand Dunes, the Olympic Peninsula. . . .

Mostly, we work solo on cases, even homicides, since we have so much help from Park Police—they’re Series Double-O-Eight-Three. Sometimes, being assisted by Park Police is helpful, but sometimes it’s a pain in the ass since we’re not in the habit of working together and we often clash in the way we go about the little things. It’s the nuances, like knowing when to stay quiet, when to offer a small compliment, when to put on the unimpressed, bored look or to take the lead or to follow.

The other thing that can be traced to that night is my obsession with the grizzly. Ursus arctos horribilis. The grizzly was listed in 1975 as a threatened species in the lower forty-eight after being trapped and hunted to near extermination in the last century. One would think I’d be terrified of them, and here’s the deal: I am. In fact, I became a policeman after college, because even though I double-majored in criminology and forestry, I felt this fairly significant panic at the base of my sternum at the thought of being alone in the woods.

There’s a catch for me, though: when I read or know about one of them getting shot by a hunter (always accidentally they claim) or getting euthanized for becoming too dependent on human garbage, I’m conflicted. I can’t tell if I’m pleased, sad, or pissed off. It’s as if each time one of these specimens, with their scooped, broad noses, cinnamon and silver-tipped coarse hair, eyes like amethysts, and the infamous hump protruding like a warning, is killed, either another piece of my father dies with them or he is given a small slice of justice. Over the years, I’ve become more and more intrigued, as if they’ve taken on some godly status. I’ve studied them from afar—reading everything I could get my hands on: mostly journals and published graduate theses on behavior, habitat use, and demography. After all, knowledge is power, and power helps alleviate fear.

So one could say that for a detective-slash-quasi-grizzly aficionado, I was heading into a perfect storm with this next case. And I could say this about the case as well: my torn recipe for positive thinking, with its already unpatchable shreds, would turn to jagged teeth, biting me even deeper than I thought possible. 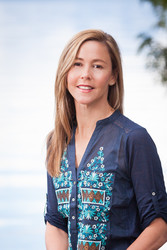 Christine Carbo is the author of The Wild Inside, Mortal Fall, and The Weight of Night. A Florida native, she and her family live in Whitefish, Montana. Find out more at ChristineCarbo.com.

“...stays in your mind long after you’ve put the book down. I’m still thinking about it. Prepare to run the gamut of emotions with this fine treat of a story. Then, in the years ahead, be on the lookout for more from this fresh new voice in the thriller genre.”

"Fans of Nevada Barr will love this tense, atmospheric thriller with its majestic Glacier National Park setting. The Wild Inside is a stunning debut!"

“An intense and thoroughly enjoyable thrill ride. Christine Carbo’s literary voice echoes with her love of nature, her knowledge of its brutality, and the wild and beautiful locale of Montana. The Wild Inside is a tour de force of suspense that will leave you breathlessly turning the pages late into the night.”

“The brutality and fragility of Glacier National Park’s wilderness provides the perfect backdrop for this well-crafted, absorbing novel about the barbarities and kindnesses of the humans living on its edge. Christine Carbo is a writer to watch.”

– Tawni O'Dell, New York Times bestselling author of One of Us

“Carbo paints a moving picture of complex, flawed people fighting to make their way in a wilderness where little is black or white, except the smoky chiaroscuro of the sweeping Montana sky…. an evocative debut.”

“Grizzly bears, murder, mauling, and mayhem mix in Carbo's debut novel. Ted Systead's past and present intersect in an unexpected—and chilling—manner against the incongruously gorgeous backdrop of Glacier National Park.”

"As haunting and vivid as the scenery it depicts, The Wild Inside is a masterful portrait of the savagery of nature--both the great untamed outdoors and the human soul. Highly recommended."

“Sharp, introspective Systead is a strong series lead, and Carbo rolls out solid procedural details, pitting him against Department of the Interior bureaucrats. The grittiness of the poverty-wracked area surrounding Glacier plays against the park’s dangerous beauty in this dark foray into the wilderness subgenre. Put this one in the hands of those who enjoy Paul Doiron’s Mike Bowditch novels and Julia Keller’s Bell Elkins series.”

“If the key to a mystery’s success is keeping the reader guessing, The Wild Inside is a fine example of the genre.”

"The most powerful and compelling aspect of the novel is the balancing of criminal investigation and the emotional baggage that burdens the protagonist....The wilderness provides a lush background for this combination of crime and personal redemption, the resolution as nuanced as the death of Victor Lance."