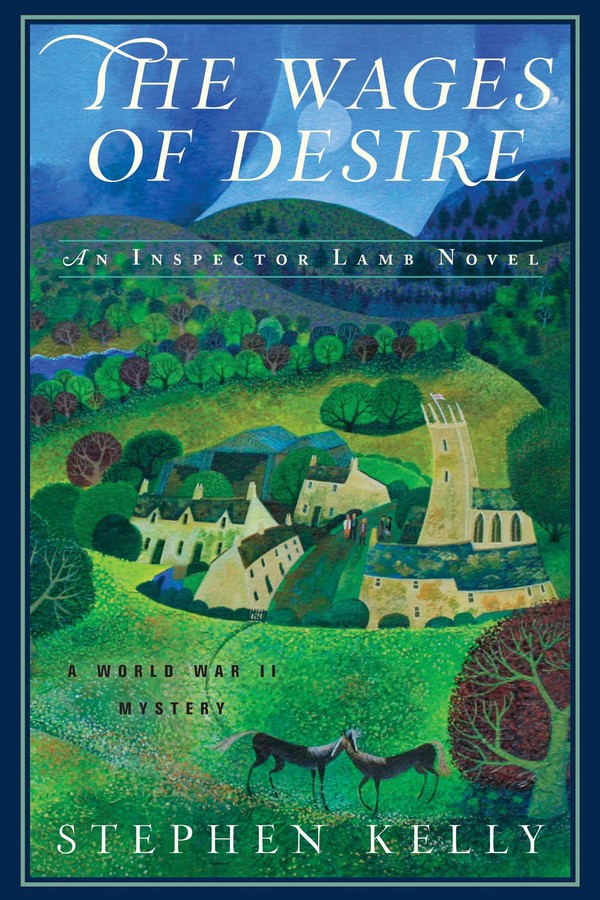 The Wages of Desire

In the late summer of 1941, as the war deepens, Detective Chief Inspector Thomas Lamb must risk his life to sort out the links between a series of killings—past and present—in a Hampshire village brimming with buried secrets.

In the late summer of 1941, as the war in Europe drags on, long-buried secrets begin to surface in the Hampshire village of Winstead, when the body of a young woman—a former conscientious objector—is found shot to death in the church cemetery. The woman’s only connection to Winstead seems to be that she lately had joined a group of conscripted workers who are building a prisoner of war camp on an abandoned farm near the village. But Detective Chief Inspector Thomas Lamb, who is called in to solve the case, has his doubts.

The mystery deepens when workers at the farm find the remains of a child in the foundation of the old farmhouse, and a tramp who had been squatting in the wood near the church turns up dead. Lamb soon begins to suspect that the crimes might be related to a tragic event that occurred in Winstead more than twenty years earlier—the suicide of a village woman who took her life in despair after her husband abandoned her and took their young twin sons with him. As Lamb pieces together the connections between the crimes, he draws closer to the source of evil in Winstead’s past and present and, in the end, must risk his own life to uncover the truth.

Stephen Kelly is an award-winning writer, reporter, editor and newspaper columnist. His work has appeared in the Baltimore Sun, The Washington Post and Baltimore Magazine. He has a Master of Arts degree from the Johns Hopkins University Writing Seminars and has taught writing and journalism at Hopkins, Towson University, in Baltimore, and Sweet Briar College, in Virginia. He lives in Columbia, Maryland.

"Don't we all occasionally long for an old-fashioned country mystery with a tricky plot and an eccentric cast of characters?"

"Kelly adds something perversely novel, and potentially divisive, to the decorous conventions of his golden-age models: abrupt shifts in point of view, sometimes within a single scene, between characters who seem right out of Agatha Christie and those with considerably darker doings on their minds."

"Set in 1942, Kelly’s pleasantly baffling second whodunit featuring Det. Chief Insp. Thomas Lamb of the Hampshire Constabulary fulfills the promise of 2015’s The Language of the Dead. Fans of the TV series Foyle’s War will be pleased."

"Some of the most precise, most thorough, scene descriptions I’ve ever read. An entertaining World War II mystery that packs a punch all the way through until the very final word, literally."

"The war is more matter of fact than oppressive presence in this second Lamb mystery, as decades-old secrets are wrapped up in a satisfying conclusion."

"The Wages of Desire is historical mystery at its very best, well-researched, well-written and well worth reading!"

The Wages of Desire