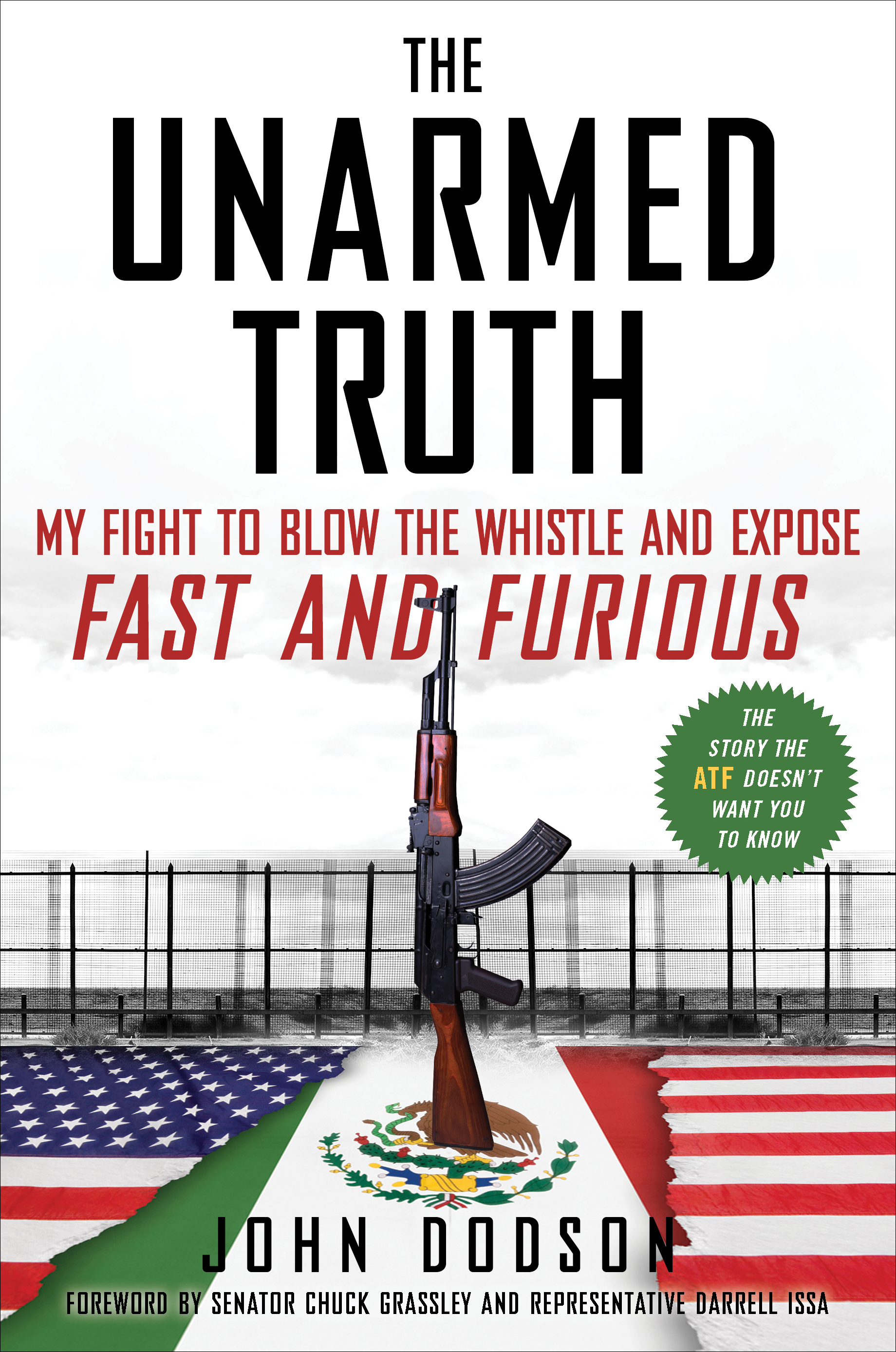 A hard-hitting inside account of the Fast and Furious scandal—the government-sponsored program intended to “win the drug war” by providing and tracking gun sales across the border to Mexico—from whistle-blower and ATF agent John Dodson.

After the terror attacks of September 11, 2001, John Dodson pulled bodies out of the wreckage at the Pentagon. In 2007, following the shooting massacre at Virginia Tech, John Dodson walked through the classrooms, heartbroken, to cover up the bodies of the victims.

Then came Arizona. The American border.

Ten days before Christmas, 2010, ATF agent John Dodson awoke to the news he had dreaded every day as a member of the elite team called the Group VII Strike Force: a U.S. border patrol agent named Brian Terry had been shot dead by bandits armed with guns that had been supplied to them by ATF. Was this an inevitable consequence of the Obama administration’s Project Gunrunner, set in place one year earlier ostensibly to track Mexican drug cartels?

Brian Terry’s murder would not only change John Dodson’s life forever; it would reveal a scandal so unthinkably unpatriotic that it forced President Barack Obama to claim executive privilege and caused Attorney General Eric Holder to be held in contempt of Congress.

Federal Agent John Dodson, an ex-military man, took an oath to defend the world’s greatest country, and proudly considered himself a walking patriotic example of the American Dream. Brian Terry, ex-military like Dodson, was only forty years old, a family man who served his country by working for the government.

Dodson was terrified when the next phone call came, one with the potential to destroy his career, his family, and his life. CBS investigative journalist Sharyl Attkisson asked Dodson to go public with what he knew about Fast and Furious. To Agent Dodson, this meant blowing the whistle. But to the family of Agent Terry, it was a chance to save lives and right a wrong. As he took a fight from the border towns of Arizona to a showdown in the halls of Congress, John Dodson clung to the hope that truth would prevail, that he would be redeemed, and that Brian Terry’s death would not be in vain.

Like whistle-blowers before him, John would not be welcome back on the job. But he found strength in his conscience, in the support of the American public, and in Senators Darryl Issa and Chuck Grassley. When his first-amendment rights to publicly tell his story were threatened, the ACLU took up his case. For her report revealing John Dodson as the key whistle-blower in Fast and Furious, Sharyl Attkisson received an Emmy Award for Outstanding Investigative Journalism.

Ultimately, John Dodson was cleared by the Inspector General’s office, publicly heralded as a hero, and returned to Arizona.

Perhaps a lesson gleaned from John Dodson’s powerful account is well stated by former Speaker of the House of Representatives Sam Rayburn: “If you always tell the truth, you don’t have to remember what you said.”

John Dodson was born in Virginia. His mother was a custodian at an elementary school and his father was a farmhand. He went straight into the army after his high school graduation, where he worked in intelligence for three years. He was given an honorable discharge and became a deputy. After a long, successful law enforcement career, making detective, and working in the vice-narcotics unit, ATF recruited him in 2005. In late 2009, he was transferred to Phoenix to help start a new group there that would specifically target firearms trafficking, where he became aware of the Fast and Furious program. After blowing the whistle in early 2011, he was transferred to Tucson, Arizona, where he currently resides.

"If it weren’t for John Dodson, Americans would never have known the truth about Operation Fast and Furious and the death of Border Patrol Agent Brian Terry.  This book is his story, a tale of the personal and professional journey of a man who decided to tell the truth, no matter the costs. He didn’t take the easy way out. For that and much more, the American people owe John Dodson a debt of gratitude.”