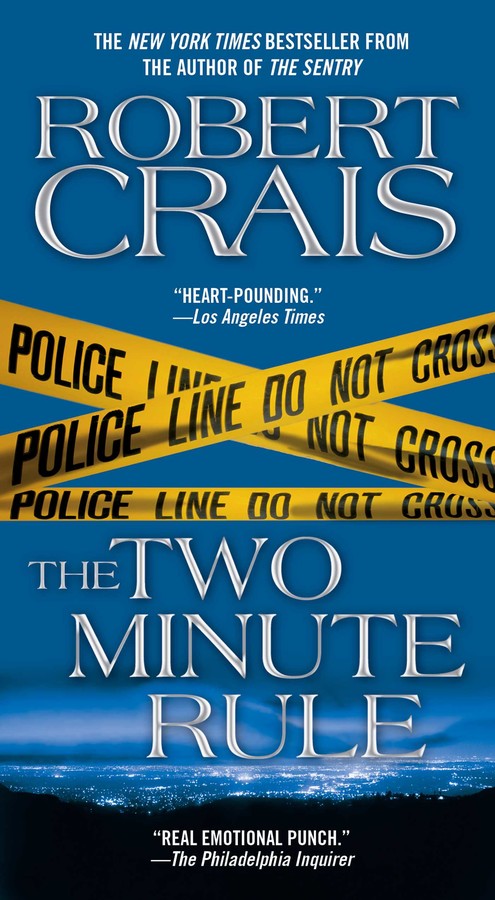 From the author of The Last Detective and Hostage, comes a thriller featuring a father searching for vengeance in the City of Angels. But for an ex-con fresh on parole, finding answers in the corruption of the LAPD means asking for help from the person least expecting it: the FBI officer who put him away…

Every seasoned criminal knows the two minute rule: the two minutes before the cops show up at the scene of a robbery. Keeping the rule means changing your life, breaking it means a lifetime in jail. But not everyone plays by the rules…

When a decisive four minutes put Max Holman in prison, he spent the next decade planning one thing: reconciliation with his estranged son. Determined to put the past behind him, Max sets out on the morning of his parole only to discover his son, a cop, was gunned down in cold blood hours earlier. When the hit is exposed as a revenge killing, Max is determined to track down the murderer—at any cost.

From the author that sets the standard of gripping, edgy suspense, The Two Minute Rule delivers all the surprising plot twists and powerful characters that make Robert Crais one of the top crime writers today.

The Two Minute Rule
By Robert Crais
Introduction
Max Holman was convicted of armed robbery and served his ten-year sentence. He's clean and sober, his debt to society has been paid. The day he gets out of the pen, the only thing on his mind is reconciliation with his estranged son, who is, ironically, a cop. Then the devastating news: his son and three other uniformed cops were gunned down in cold blood in the LA warehouse district the night before Holman's release. The evidence points to an area gangbanger, Warren Juarez, who was once arrested by two of the officers.
Max's one rule was no violence. Throughout his career as a bank robber, during nine years in the pen, he never crossed that line. But now, shut out from any information on the case (the LAPD isn't interested in keeping ex-cons informed), and the only thing worth living for taken from him, Max decides there is only one thing to do: Avenge his son's death. Kill Juarez.
So begins The Two Minute Rule. As Holman launches his renegade investigation, he realizes there's no way Juarez could have killed his son -- he was across the city, with a valid alibi. Why, then, is the LAPD rushing to arrest? As Max develops his own theories, he unearths evidence of his son's corruption -- devastating news that the apple hasn't fallen far from the tree. It is this that finally moves him to reach out to the woman who put him behind bars -- Katherine Pollard. Soon they find themselves working together to root out the truth, a truth that puts both of their lives very much at risk.
Discussion Questions:
1. What are some of the obstacles that Holman faces as an ex-convict? How does he get around them in his search for Richie's killer? Is it fair that he is treated differently because of his criminal history?
2. When Pollard agrees to help Holman, she feels "as if she had been paroled" (113). What sort of "prison" has Pollard been released from? Discuss the reasons for her new feelings of freedom.
3. Holman always wears "his father's watch with its frozen hands" (180). What is the significance of the broken watch? How does the watch's meaning change over the course of the novel?
4. Holman's brief visit to Union Station and Olvera Street stirs up memories of his parents. What do we learn about Holman's mother and father? Based on what we learn on page 185, what kind of childhood do you think Holman had? How do you think Holman's relationship to his parents affects his identity as a father?
5. What happened ten years ago, when Holman "violated the two minute rule by three minutes and forty-six seconds" (219)? What did you learn about Holman's character from the circumstances of his last bank robbery? How does Holman's robbery compare to the Marchenko and Parsons scene in the prologue? Why does the author wait until Chapter 34 to reveal the full story of Holman's arrest?
6. Holman is afraid that "You just couldn't beat bad blood. 'Like son, like father'" (252). What evidence is there that Richie's fate is determined by genes rather than his environment?
7. Revisit Holman's daring escape from Vukovich, Fuentes, and Random, starting on page 257. What makes this scene so thrilling? How does the author create tension in his description of Holman's escape?
8. Who in this book has "gold fever" (301) -- a desire for money that has made him or her irrational? Discuss this obsession as opposed to Holman's obsessions. Can Holman also be accused of having gold fever? Do you think that Holman's determined search for Richie's killer resembles a "fever?"
9. Holman and Pollard have different approaches to finding Richie's killer. What are the strengths and weaknesses of each character's style of investigation? How do their approaches complement each other? Do you think their success in solving the case bodes well for them romantically?
10. Holman is haunted by a memory of "Richie running alongside his car, red-faced and crying, calling him a loser" (317). Does Holman come to terms with his role in Richie's life, or do you think this image will continue to haunt him? Has Holman redeemed himself as a father by solving Richie's murder? Why or why not?
Enhance Your Book Club:
1. Do you think two minutes is a short period of time? Test the "two minute rule" with your book club! Set a stopwatch for two minutes. Think of all the things you would buy if you had sixteen million dollars, and write down as many as you can in two minutes. Whoever makes the longest list in two minutes gets to pick the next book club selection!
2. Use a detailed map of Los Angeles to mark some of the places featured in The Two Minute Rule: the Los Angeles River Channel, the Hollywood sign, Union Station, Olvera Street, and the Federal Building. You can map these sites online at www.maps.google.com.
3. Does your town or state have a landmark like the Hollywood sign? Do some research on your favorite area attraction, or ask a local historian to speak about it at your book club meeting. 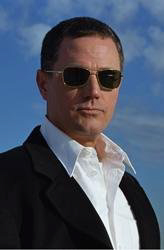 Robert Crais is the author of many novels, including the New York Times bestsellers The Last Detective, Hostage, and L.A. Requiem. Learn more about his work at RobertCrais.com.