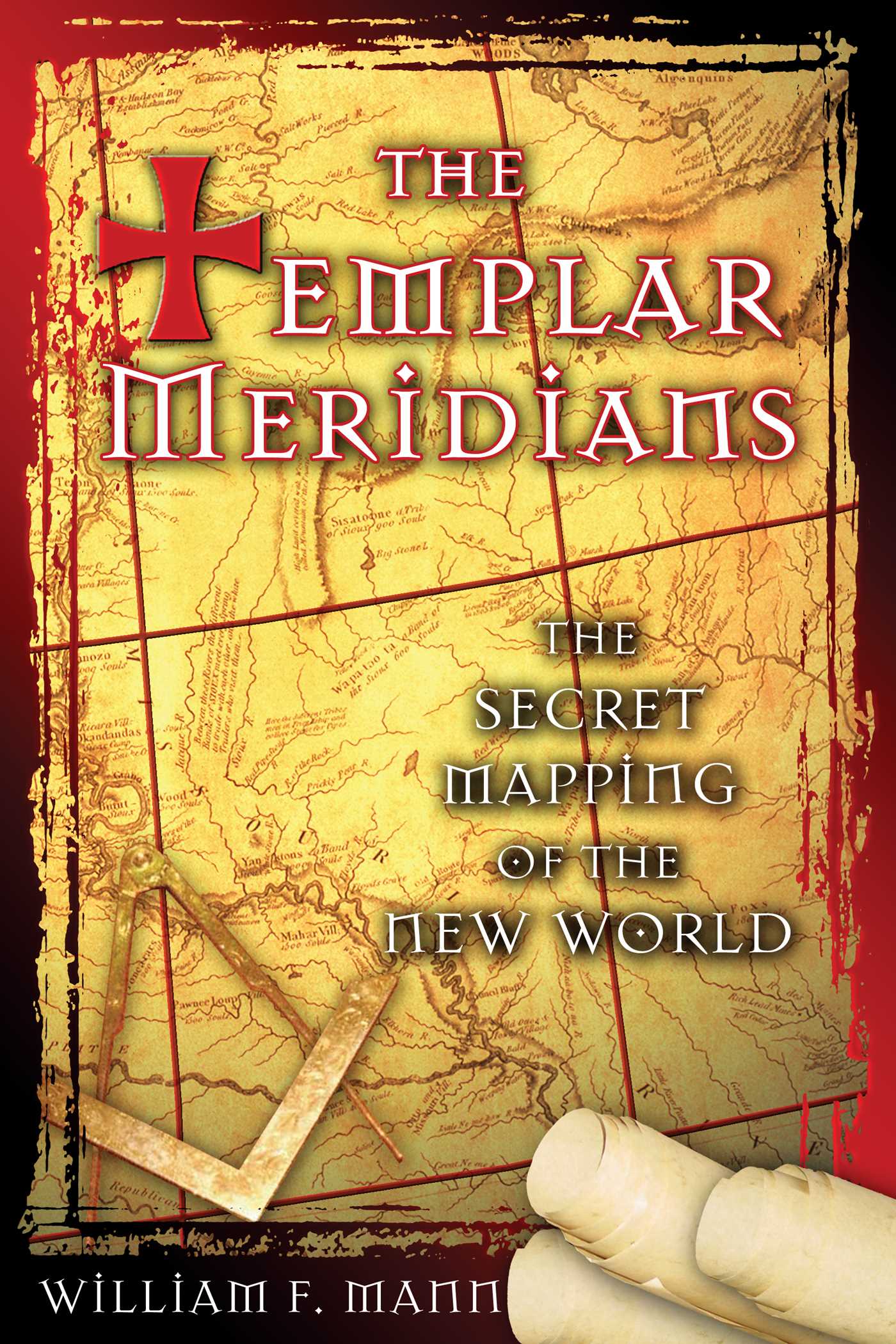 The most enduring mystery surrounding the Templars concerns the nature and whereabouts of their great treasure. Whereas many believe this lost treasure contains knowledge of the bloodline of Christ, William F. Mann shows that it actually consists of an ancient science developed before the Great Flood--knowledge discovered by the Templars in the Holy Land during the Crusades and still extant today in Templar/Masonic ritual. Among other things, this knowledge enabled the Order to establish accurate latitudinal and longitudinal positions long before the foundations of the current science were laid in the seventeenth century. This allowed them to cross the Atlantic to reach the New World, where they established secret settlements and mining operations that gave them a limitless supply of precious metals and a military edge over their opponents.

Pursued farther into the interior of the North American continent by their adversaries from the Old World, the Templars left artifacts, relics, and information caches at key sites, confident that future initiates could use their understanding of the science of meridians and ley lines to locate them. The author points out that not only did future masons such as Jefferson and Washington use this science as the basis of their designs for Monticello and Washington, D.C., but the true motive of the expedition of Lewis and Clark was to identify the meridians mapped by the Templars and to search for the final resting place of Prince Henry Sinclair--where the great Templar treasure could also be found.

Following the central theme of ancient meridians leads directly to Rosslyn Chapel, the ancestral home of the Scottish St. Clairs or Sinclairs located 15 miles south of Edinburgh, Scotland. In earlier times, this area was named Roslin, being an amalgamation of two Celtic words: ros, meaning “ridge” or “promontory,” and lin, meaning “waterfall.” There is, however, a second explanation of the origin of the name Roslin: the word roseline, which symbolizes a bloodline of immense significance that perpetuates the ancient knowledge either handed down to or rediscovered by the original nine knights who dug below the Temple of Solomon in Jerusalem following the First Crusade. As such, it has also been suggested that the Sinclairs may be descended from the Jesus roseline lineage--in other words, the “true vine.”

Alternatively, speculation is only coming to light that the chapel falls on an ancient ley line--a roseline--within the geometric grid pattern encompassing the world. Ley lines, also known as dragon lines, are straight lines or trackways passing through the landscape. They appear to carry earth energy or an electromagnetic force and are marked by standing stones, megaliths, earthworks such as barrows and mounds, holy wells, and other assorted landmarks.

The chapel construction was initiated in 1446, one hundred and forty-four years after the dissolution of the Templar Order in 1312. It was an immense effort at the time, personally coordinated and orchestrated by Sir William St. Clair, the third and last St. Clair, Earl of Orkney. It took forty years for the chapel to be completed, and many claim that it is actually only part of what was intended to be a much larger building. The result is a unique “arcanum in stone,” with symbolism, ranging from biblical to pagan, in every carving.

One of the most fascinating aspects of Rosslyn Chapel is the engrailed-cross window marking the western entrance to the chapel. The engrailed cross is the emblem found on the Sinclair coat-of-arms. The four arms of the cross are referred to as the four rivers of Eden or the scales of the dragon of wisdom. The dragon--the shamir--as seen on Prince Henry Sinclair's coat-of-arms, has always represented the ultimate symbol of sovereignty of the Celts.

Many people now realize that there are also an immense number of Masonic-related carvings in the chapel, including the famed “apprentice pillar”; yet many fail to realize that the chapel itself is positioned where it is because of the surrounding natural environment and its earlier association with pagan ritual. Within the adjacent glen of the River Esk there are caves where Pictish carvings and Bronze Age artifacts have been found. A number of Roman finds resulting from the numerous excavations that have occurred in the area surrounding the chapel even suggest the possible worship of Mithras.

Father Richard Augustine Hay (b. 1661) wrote about Rosslyn Chapel and the St. Clair family in 1700, describing how Sir William personally inspected every carving in draft form before allowing the masons to carve it in stone. The fact that Sir William personally approved the design for each carving may suggest that the chapel was intended to remain a permanent record of not only ancient Masonic ritual, but also the secret voyage that was made in 1398 by Sir William’s grandfather--Prince Henry Sinclair.

The Scottish Sinclairs have also been inextricably linked with the fugitive Knights Templar, who arrived on the shores of western Scotland following their 1307 flight from France and who purportedly won the day for the Bruce during the Battle of Bannockburn in 1314. The Sinclairs also acted as hereditary grand masters of the Masonic Order in Scotland until such time that a later Sir William Sinclair, in a clever maneuver, renounced his hereditary position and was immediately elected as the first grand master in the Scottish Grand Lodge of Speculative Masons in 1736. In part, this transpired because it was the Sinclair family that had been the hereditary guardians of Scotland’s holy relics, giving greater credence to the claim that the Templar treasure was likely spirited to Roslin for temporary storage until it could be secreted away to the New World.

Rosslyn Chapel has been the recent focus of numerous television documentaries and books such as Lost Secrets of the Sacred Ark and The Hiram Key, for it is thought that the chapel holds a number of long lost secrets. For years many have speculated on what, if anything, may have been hidden at Rosslyn, including such suggestions as the Ark of the Covenant, the mummified head of Christ, the Holy Grail, a Black Madonna, the Mandylion, lost scrolls from the Temple of Jerusalem, and, of course, the treasure of the Knights Templar. But what many have failed to realize is that the chapel itself, a testimony of faith in stone, is above all a testimony to a transatlantic voyage that has remained veiled in secrecy for over six hundred years.

Here lies the basis for what follows throughout this book. Under the supreme guardianship of Henry Sinclair, Earl of Norway and Prince of Scotland, along with a trusted inner circle of Knights Templar, the ultimate treasure of the Temple was spirited away to a secret refuge, a “rose” settlement, located in Nova Scotia--New Scotland. Following in the footsteps of the grand master and those other secret initiates that came to follow, we will come to understand the ultimate purpose behind this daring and dramatic adventure: the need not only to establish a refuge for the Holy Bloodline and their guardians, the Knights Templar, but to reactivate a series of ancient longitudinal meridians or roselines. This would be accomplished through the inland movement of the Holy Bloodline and the deposit of the remaining Templar treasure at strategic “rose” positions across the New World.
William F. Mann

William F. Mann is an officer of the Knights Templar of Canada’s Grand Executive Committee, a member of its Grand Council, and serves as the Sovereign Great Priory’s Grand Archivist. The author of The Knights Templar in the New World and The Templar Meridians, he lives in Milton, Ontario, Canada.

“William Mann, linked through descent and family history to the events he describes in this book, has opened up a new dimension to our understanding of the powerful economic, political, and personal forces that have shaped North American history.”

– Niven Sinclair, author of Beyond Any Shadow of Doubt

“Historians would have us believe we know all there is to know about our history. The provocative interpretations and astounding conclusions presented here show a much greater mystery at work.”

– Steven Sora, author of Lost Colonies of the Templars

"Those who are interested in the Grail Mysteries, or in pre-Columbian explorations of the New World, will find plenty of enjoyable and thought provoking material in this book."