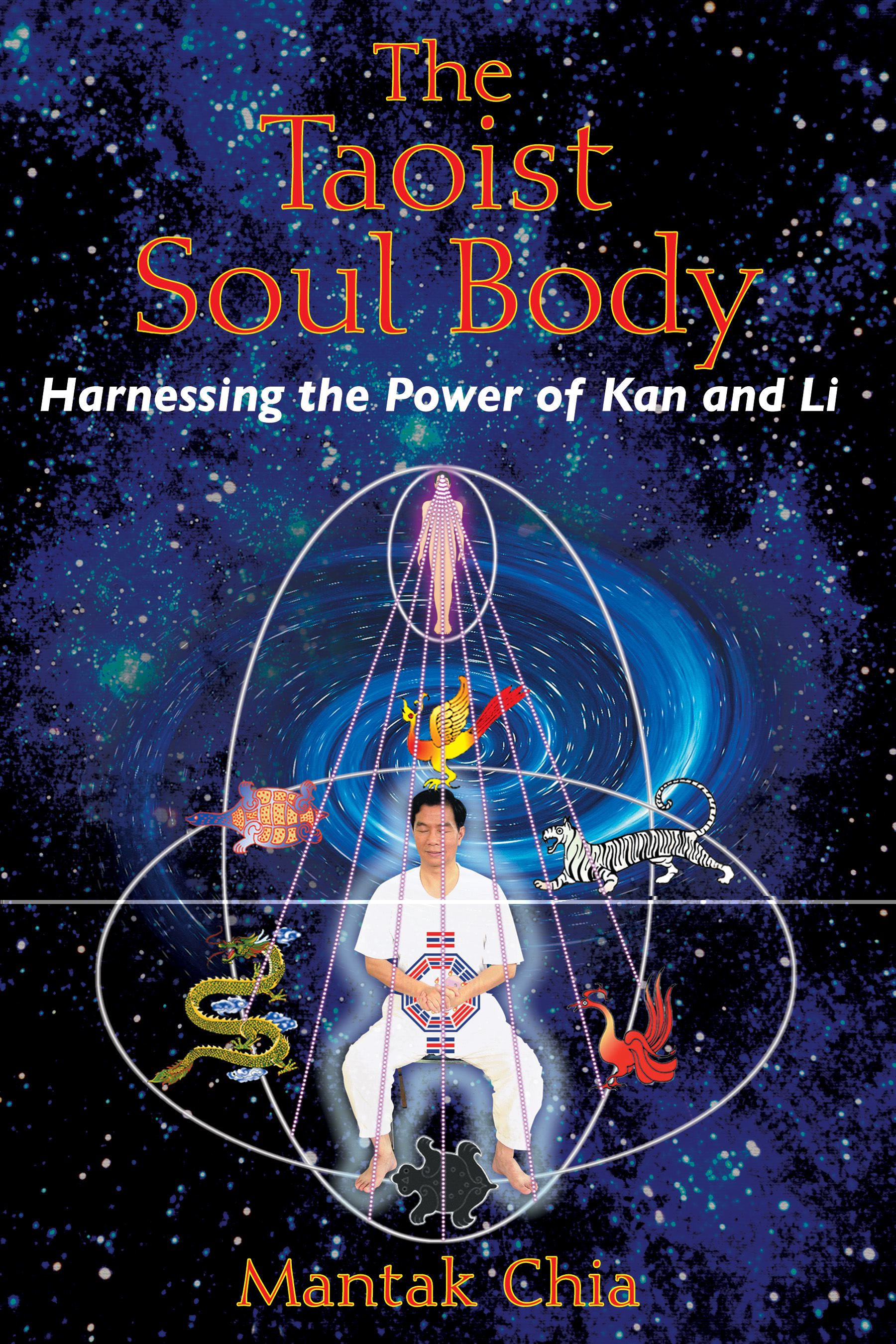 The Lesser Enlightenment of Kan and Li practice combines the compassion of the heart energies (yang/fire) with sexual energies originating in the kidneys (yin/water) to form and feed the soul or energy body. Practice of the Chinese formula Siaow Kan Li (yin and yang mixed) uses darkness technology to literally “steam” the sexual energy (jing) into life-force energy (chi) by re-versing the location of yin and yang power. This inversion places the heat of the bodily fire from the heart center beneath the coolness of the bodily water of the sexual energy of the perineum, thereby activating the liberation of transformed sexual energy.

Darkness technology has been a key element of Taoist practice--and of all Inner Alchemy traditions--throughout the ages. A total darkness environment stimulates the pineal gland to release DMT into the brain. The darkness actualizes successively higher states of consciousness, correlating with the accumulation of psychedelic chemicals in the brain. In the darkness, mind and soul begin to wander freely in the vast realms of psychic and spiritual experience. Death is no longer to be feared because life beyond the physical body is known through direct experience.

The birth of the soul is not a metaphor. It is an actual process of converting energy into a subtle body. Developing the soul body is the preparation for the growth of the immortal spirit body in the practice of the Greater Enlightenment of Kan and Li.

There are numerous anatomical and physiological idiosyncrasies associated with the pineal gland. It is one of the few solitary organs in the brain where most organs are paired, left and right. The gland is small, but the blood flow to it is quite large. The pineal has been considered as a homologue of the reptilian “third eye.” Its photosensitivity derives from neural connections with the retina. This chemical “lens” largely disappears as we grow older. The decrease in its efficacy is one of the major reasons the body ages as quickly as it does. However, when the pituitary begins to receive consciousness energy packets from the well of dreams through its interaction with the pineal, it secretes enzymes that permit the chemical “lens” in the pineal to reappear. As this “lens” strengthens, it enhances transcription in our cell nuclei. The Kan and Li practice of self-intercourse is very important to help stimulate the pineal gland, which is regarded as the second sexual gland.

THE FALL FROM GRACE AND RECONNECTION WITH THE DIVINE

Nothing could be more natural than the state of Wu Chi--nothingness, or divine grace. And yet the realization of Wu Chi is clouded by obscurations and confusions. Consciousness streams into every body, but only a few can see the light. Why is this so?

An essential function of the “upper brain,” the upper tan tien, is to manifest the esoteric and divine realizations of consciousness in our human bodies. Chi spirals through the crown and the third eye into the pineal and pituitary glands, sustaining existence and nourishing the spirit. Infants and children bask in the glow and the power of the chi field streaming into, and interacting with, their bodies. The psyche is vibrant and alive, and the energy bodies communicate in nonphysical dimensions.

As we grow older, however, the internal realities begin to fade and the external world begins to dominate our existence. The pineal gland begins to ossify, our minds project outwardly, and the demands of existence (work, family, daily living, and so forth) preoccupy our awareness. Our emotions (fears, angers, resentments, and all kinds of distractions to make ends meet) reflect this outward movement of the psyche.

Fear is the oldest negative emotion. It is felt by all animals and is even stronger among humans because they have so little power to protect themselves, especially the newborn. The longer history required for organic development makes fear the basis of the entire process of civilization: to protect ourselves and achieve our highest potential. Fear is closely connected to the kidney chi (via the adrenal glands), and when the kidney chi is diminished, the brain slowly begins to pull back and disengage from the fantastic worlds of the Divine. The upper brain becomes the observing brain, dedicated to the worldly tasks of sending, receiving, and processing sensory signals related to daily living.

The transition from an internally focused awareness of the Divine at the natural state of infancy to the externally focused awareness of the adult world requires significant shifts in the chemistry of the brain. The tissues and molecules that normally manifest the consciousness of Wu Chi must be “turned off ” or inhibited. Chemically, the inhibitors are enzymes such as MAO (monoamine oxidase), which rapidly convert serotonin into inactive by-products, thus disabling the synthesis of the spirit molecules (5-MeO-DMT and DMT). The enzyme MAO breaks down serotonin before it can be converted into melatonin, 5-MeO-DMT, and DMT.

Our usual perception of the world in waking consciousness is, in fact, a state of waking ignorance. The brain must inhibit our true nature and divine connections to survive in the physical world. In everyday life, we see everything back to front, as it were. We perceive the primary actions of the brain as providing us with sensibility and cognitive awareness. In fact, the brain’s mechanism is to filter and shut off the flow of divine consciousness, making possible survival on Earth, but obscuring all transcendental realities.

Waking consciousness thus satisfies the demands of physical existence but can sever the connection to the Divine. In adult life, the experience of Wu Chi is relegated to the unconscious domains of deep sleep and the supernatural worlds of dream. Thus, each night we must disconnect from the outer world and reconnect with our divine source, thereby sustaining life and nourishing the soul. In Taoist Inner Alchemy, we reawaken the soul to the Immortal Tao and bring back the Divine into our conscious awareness.

Darkness meditations remove the obscurations. The inhibitory functions of the brain are lifted, and we revel in the experience of oneness, Wu Chi, the Original Source. Chemically, the reconnection to the Divine occurs by inhibiting the enzymatic actions of MAO (monoamine oxidase) and INMT, so that serotonin can convert first into melatonin and subsequently into the spirit molecules 5-MeO-DMT (5-methoxy-dimethyltryptamine) and DMT (dimethyl tryptamine). The enzymes are inhibited by substances secreted in the pineal gland, such as harmaline and pinoline. The spirit molecules allow us to reconnect to divine consciousness. They cause “color imagery,” out of body experiences, lucid dreams, visions of beings and/or animals, mystical states, subjective “other realities” and experiences of “being somewhere else.” These states are the language of dreams.

In the darkness experience, pinoline, 5-MeO-DMT, and DMT alter the receiving qualities of the brain. The brain “tunes in” to invisible worlds and parallel universes, like a television tuning in to different channels. Mystical, near-death, and out-of-body experiences reflect dynamic equilibriums between “channels” in which we experience the essential energy that courses through the receiver.
Mantak Chia

"This beautifully illustrated little160 page book is an instructional step-by-step system for the initiated. Previous knowledge of Chia's practices is a must . . ."