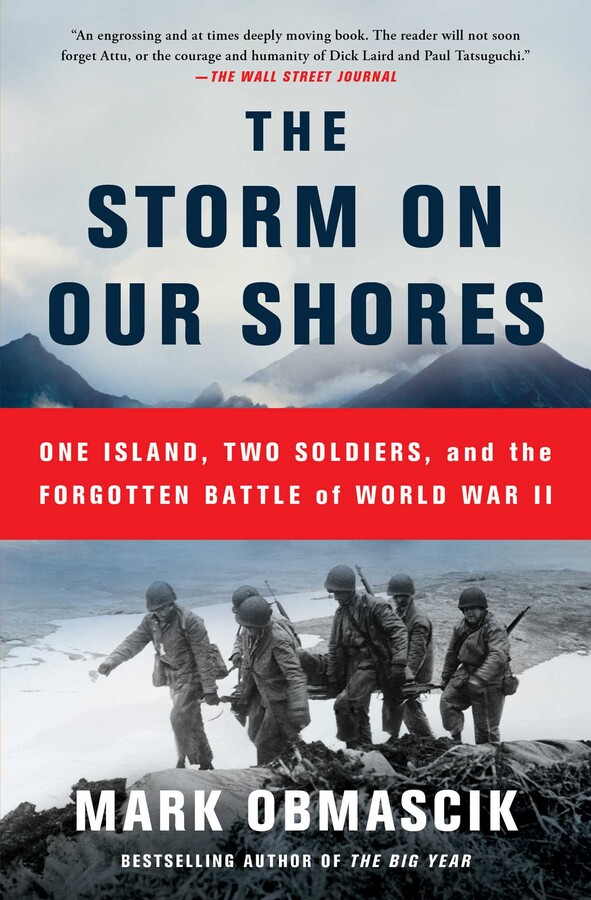 The Storm on Our Shores

One Island, Two Soldiers, and the Forgotten Battle of World War II

“Mark Obmascik has deftly rescued an important story from the margins of our history—and from our country’s most forbidding frontier. Deeply researched and feelingly told, The Storm on Our Shores is a heartbreaking tale of tragedy and redemption.” —Hampton Sides, bestselling author of Ghost Soldiers, In the Kingdom of Ice, and On Desperate Ground

The heart-wrenching but ultimately redemptive story of two World War II soldiers—a Japanese surgeon and an American sergeant—during a brutal Alaskan battle in which the sergeant discovers the medic's revelatory and fascinating diary that changed our war-torn society’s perceptions of Japan.

May 1943. The Battle of Attu—called “The Forgotten Battle” by World War II veterans—was raging on the Aleutian island with an Arctic cold, impenetrable fog, and rocketing winds that combined to create some of the worst weather on Earth. Both American and Japanese forces were tirelessly fighting in a yearlong campaign, and both sides would suffer thousands of casualties. Included in this number was a Japanese medic whose war diary would lead a Silver Star-winning American soldier to find solace for his own tortured soul.

The doctor’s name was Paul Nobuo Tatsuguchi, a Hiroshima native who had graduated from college and medical school in California. He loved America, but was called to enlist in the Imperial Army of his native Japan. Heartsick, wary of war, yet devoted to Japan, Tatsuguchi performed his duties and kept a diary of events as they unfolded—never knowing that it would be found by an American soldier named Dick Laird.

Laird, a hardy, resilient underground coal miner, enlisted in the US Army to escape the crushing poverty of his native Appalachia. In a devastating mountainside attack in Alaska, Laird was forced to make a fateful decision, one that saved him and his comrades, but haunted him for years.

Tatsuguchi’s diary was later translated and distributed among US soldiers. It showed the common humanity on both sides of the battle. But it also ignited fierce controversy that is still debated today. After forty years, Laird was determined to return it to the family and find peace with Tatsuguchi’s daughter, Laura Tatsuguchi Davis.

Pulitzer Prize-winning journalist Mark Obmascik brings his journalistic acumen, sensitivity, and exemplary narrative skills to tell an extraordinarily moving story of two heroes, the war that pitted them against each other, and the quest to put their past to rest. 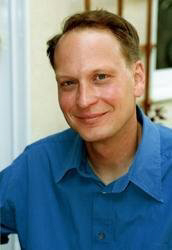 Mark Obmascik is a Pulitzer Prize–winning journalist and bestselling author of The Big Year, which was made into a movie, and Halfway to Heaven. He won the 2009 National Outdoor Book Award for outdoor literature, the 2003 National Press Club Award for environmental journalism, and was the lead writer for the Denver Post team that won the 2000 Pulitzer Prize. He lives in Denver with his wife and their three sons.

“Here is a part of World War II that most of us not only forgot—we never knew it happened in the first place. Mark Obmascik has deftly rescued an important story from the margins of our history—and from our country's most forbidding frontier. Deeply researched and feelingly told, The Storm On Our Shores is a heartbreaking tale of tragedy and redemption.”—Hampton Sides, bestselling author of Ghost Soldiers, In the Kingdom of Ice, and On Desperate Ground

“A riveting true tale of a soldier’s lost diary, The Storm on Our Shores is a vital reminder of grace, forgiveness and the power of words to heal.” —Ruth Ozeki, author of A Tale for the Time Being

“Mark Obmascik is a master storyteller. He writes with tremendous grace about a forgotten part of our history, telling the same story from two opposing points of view—perhaps the only way warfare can truly be understood. He brings to life in gritty detail the enormity of the sacrifices made on both sides of the conflict, and thus enables us to appreciate the terrible price of war anew.”— Helen Thorpe, author of Soldier Girls, The Newcomers, and Just Like Us

“Pulitzer Prize–winning journalist Obmascik . . . serves up a moving, intimate tale of two men, two families, and two countries that intersected at the forgotten WWII battle of Attu. . . . Obmascik’s account of their relationship’s growth reinforces the compassion of everyone involved. This poignant, dramatic tale will captivate both younger readers less familiar with the details of WWII history and those who are passionate about it.” —Publishers Weekly (starred review)

“A poignant chronicle of the deeply complicated emotions surrounding the American-Japanese hostility stoked by World War II. . . . Obmascik has carefully and fairly sifted through the layers to this complex story, offering a tightly focused examination of the different, misleading translations of Tatsuguchi's diary as well as Laird's efforts to get the diary back to his family. An evenhanded, compassionate portrayal of the two deeply wounded sides to this story.” —Kirkus Reviews

"Mr. Obmascik has found a remarkable story and dug deeply to enrich the telling... (A)n engrossing and at times deeply moving book. The reader will not soon forget Attu, or the courage and humanity of Dick Laird and Paul Tatsuguchi. The two men are in some sense bit players in history, but here they take on almost Shakespearean heft, especially in the cruel choices they must make." —Wall Street Journal

"Compelling story of a little-known battle. . . . The emotional story of two families brought together by war—and eventually peace—is a tragic look at the destruction brought about by conflict. It is also a story of redemption that comes from forgiveness and understanding." —The Denver Post

"The Storm on Our Shores is a well-told and important book, not only for understanding a particular campaign of a war that’s fading from living memory but for questioning the demonizing of others. Even in a time of relative peace, we would do well to remember that, despite our differences in ethnicity, citizenship, beliefs or appearance, it’s our shared humanity that makes us as one." —Anchorage Daily News, Best of 2019 Reads

The Storm on Our Shores

One Island, Two Soldiers, and the Forgotten Battle of World War II