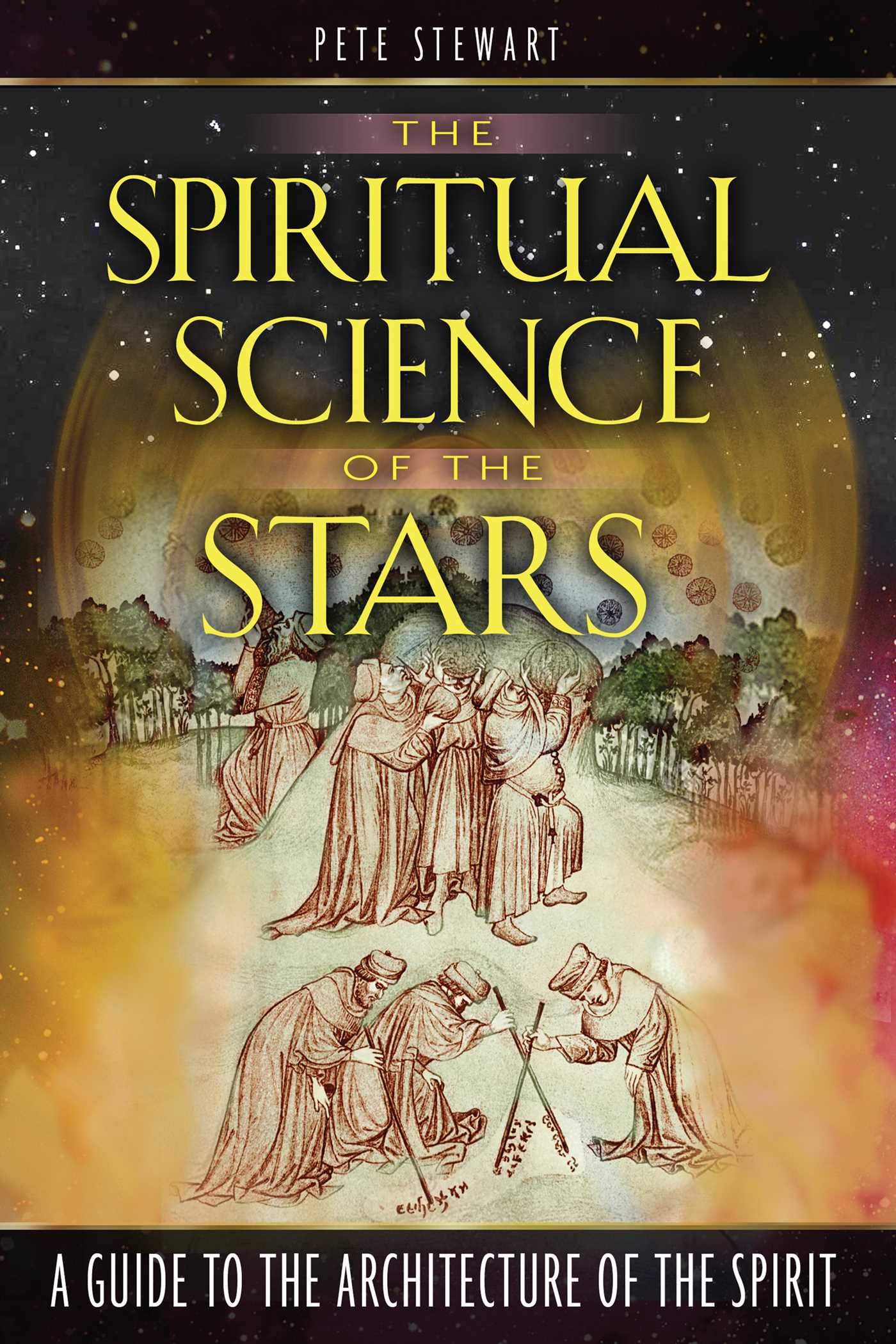 By Pete Stewart
LIST PRICE $10.99
PRICE MAY VARY BY RETAILER

• Shows how ancient myths contain a sophisticated understanding of our relationship to the cosmos, derived from thousands of years of observation of the night sky

Thousands of years before the first written records, humans were turning to the night sky as a source of meaning for existence and their place within it. The conclusions drawn from these observations are embodied in stories from across the world known as Creation Myths. Contrary to the popular belief that these myths were meant to explain the origins of the universe, Pete Stewart shows that they were actually designed to create a harmony and order in the lives of humans that reflected, in their society and architecture, the ordered patterns they saw evidenced in the sky.

These ancient myths also record, in the story of “the separation of Heaven and Earth,” the discovery of a disastrous discord in this ancient harmony, which the mythmakers overcame by imagining a vastly expanded architecture, one in which the individual soul had a role to play in the evolution of the cosmos.

Today science presents a similar challenge to our sense of meaning. Stewart explores how, by reexamining the myths of creation in this light, we can learn how contemporary cosmology might yield a new architecture for the spirit and how the ancient sense of being in the cosmos might be reconstructed for our age.

“It needs must be that every nature which lies underneath,
should be co-ordered and full-filled by those that lie above;
for things below cannot of course give order to the ordering above.”
Kore Kosmou or Virgin of the World;
Hermetic text

AS ABOVE, SO BELOW

The principle of “as above, so below” is the fundamental tenet of hermetic wisdom. This dictum is usually taken to mean that things will happen on earth as they do in heaven; the notion of astrology depends on it. However, in the mythical context it seems this dictum might be better understood as an injunction imposing an obligation on the inhabitants of earth to organize themselves as the heavens are organized. The familiar words in the Christian prayer “Thy will be done on earth as it is in heaven . . .” express this obligation.

It is the duty of humanity to organize itself according to the heavenly law. This is the law encoded in the Egyptian concept of Ma’at and the Hindu Dharma, or Rita. Since the gods are responsible for the cosmic order, men must obey their commands, for these are based in the norms, the decrees [the me], which ensure the functioning both of the world and of human society. It is only by humanity conforming to these cosmic norms that the world can proceed. As Eliade understands the traditional attitude:

The archaic world knows nothing of “profane” activities: every act which has a definite meaning--hunting, fishing, agriculture, games, conflicts, sexuality--in some way participates in the sacred . . . every responsible act in pursuit of a definite end is, for the archaic world, a ritual.

It is worth repeating here the remarks quoted earlier from Frobenius (see “Prime Thought”); they succinctly describe the all-pervasive nature of this concept throughout traditional life:

For the whole of Black Africa we can now affirm the primordial importance of myth, both as epistemology and as the basis of family, social, political and even economic structures, which are nothing more nor less than exemplifications of mythical.

With the understanding we have established of the nature of “mythical patterns” especially the “twofold division of creation,” we can look further into the way in which these patterns are exemplified.

The notion that human life is to be organized in accordance with the Laws of Heaven has been applied to the design of all aspects of civilization, from the definition of the Nation, via town, village, and house design to the relationship between the individuals and the community they live in. At the most fundamental and universal level, this can be seen in the design of houses. To demonstrate the ubiquity of the notion, we can take a quick tour of the ideal home from three continents. First, from the Uralian steppes comes this description of the nomadic dwelling:

The Samoyed Yuraks look on the central pole in their tents as an emblem of [the] column supporting the universe. Certain ceremonies are performed in which the ascent to heavenly regions takes place via this column and at such times the hole in the top of the tent represents the opening in the firmament through which the enchanter can reach the sky.

From the tents of the far north to the plains of Nebraska is a substantial trip, but only a short step in design principles:

The earth lodge of the Skidi Pawnee was also a mirror of the cosmos . . . the Pawnee say that the floor is the earth itself and the ceiling is the sky . . . the “four pillars of heaven” literally hold up the sky-roof and the top of the sky . . . is the smoke hole.

And finally from Africa:

The single room of the first house [of the Fali people of Sudan] represents the primordial egg from whence issued man’s earth, whose square form is reflected in the rectangular courtyard. The roundness of the room itself suggests the equilibrium of the nascent but already organized world, which contains its own future, and whose completion will be marked by the large oval family enclosure divided into four sections connected two by two. This is the image of a “finished world.” The cycle will be completed by the circular shelter away from the family residence where the patriarch settles, detached from human activities and marking a return to the starting point.

Given this relationship between house and sky, it is not surprising to find that a collection of houses represents an entire creation. Such a notion probably exists in all traditional settlements, but is well displayed in the African village that, as we have already seen, might be seen as being in opposition to the surrounding bush.

. . . the fundamental opposition seems to be that established between inhabited space and the uninhabited bush. The village is seen as a basic concept established in relation to the bush, the latter being devoid of order and open to chaos and confusion. It is thus that at the death of the family head or his principal wife that the village is abandoned, since it is considered to be like the “bush,” that is, participating in primordial chaos.

The village thus represents the created world; it has only a limited life span, in this case commensurate with that of the Chief, but elsewhere of fixed time span:

A village is born, lives and dies. It is destroyed and reconstructed every 70 years. There is a world identical to the one of the living where the villages rebuild themselves . . . the individual never dies, he simply rejoins the ancestors and his district.

The logical conclusion of this “mortal” village is that it should represent an entire heavenly cycle, and so it does for the Tsuana people, who build their village around the circumference of a circle, and abandon it when the circle is complete.
Pete Stewart

Pete Stewart is an architect and software designer and is the author of two published works on the history of the bagpipe and its music. He has studied myth and its relationship to astronomy since the mid-1970s. He lives in the Scottish lowlands.

“Pete Stewart has taken the time to properly map out the mythic frame of precession identified in the classic work Hamlet’s Mill. His writing is full of insights into the mind of the mythmakers and unifies disparate global traditions into a single original concept.”

– Richard Heath, author of Matrix of Creation and Sacred Number and the Origins of Civilization

“This book is a stunningly coherent story of ancient myths expressed in terms of the measuring of time, or cosmos. Stewart’s view is that myth was an attempt to make sense of our human situation rather than to provide an explanation for the existence of the universe. It explains spirituality in a totally original way as a deeprooted enterprise to make sense of time.”

– Anthony Blake, author of A Seminar on Time, The Intelligent Enneagram, and the forthcoming Ways of H

" . . . this reexamination of creation myths in this new light today offers insights on how new ideas of the cosmos can be gained from modern astronomy, and deserves a place in any New Age lending library."

"This is a stunning account of the origin of creation myth and how it underpins the development of cultural and religious mores across societies globally, many strands of which are recognizable to the present day."

By Pete Stewart
LIST PRICE $10.99
PRICE MAY VARY BY RETAILER