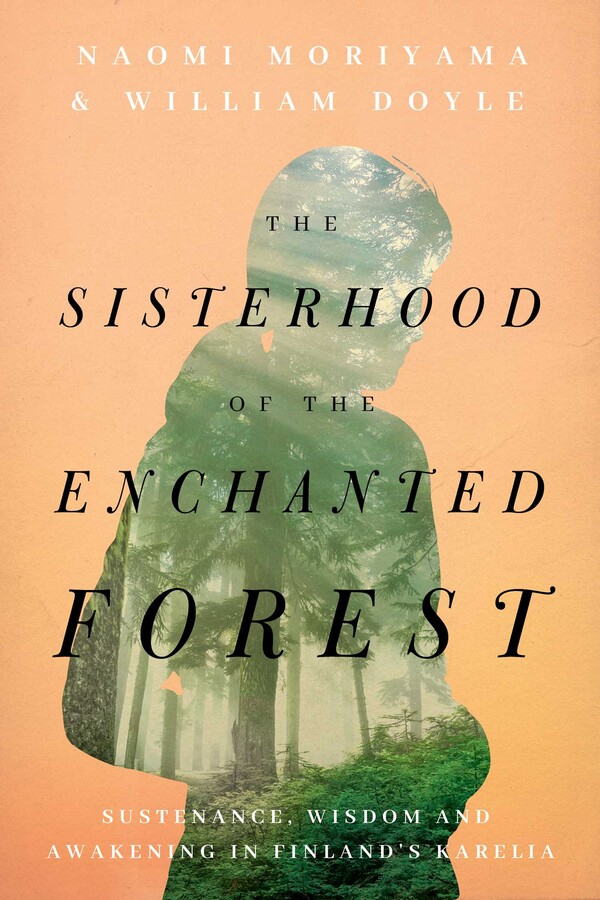 The Sisterhood of the Enchanted Forest

A Memoir of Finland's Karelia

By Naomi Moriyama
LIST PRICE $27.95
PRICE MAY VARY BY RETAILER

What would happen if your culture and society were formed inside a foerst—where women were full partners in power. How would that shape the future? Take a journey deep into one of the world's last great wildernesses and join the sisterhood...

Welcome to the vast and unspoiled forest of Karelia in Finland, the mysterious region on the Russo-Finnish border that inspired J.R. Tolkien’s Middle Earth fantasies.

The Karelian Forest is the spiritual heart of the nation ranked as one of the world’s “happiest nations,” and has the world's most empowered women.  But to Naomi, the Finns didn’t look much happier than anyone else. In fact, the default facial expressions on most people seemed to be blank, bordering on morose.   But Naomi quickly came to realized that their happiness wasn’t a boisterous, slap-happy exuberance.  Rather, it was a sense of serenity and contentment, a feeling that comes from living in a society that is simultaneously super high-tech and profoundly connected to nature.

Finland is the country with cleanest air and water, the lowest crime and the best schools.  It is a country where motherhood is supported, childhood is revered, schoolchildren are required by law to play outdoors. There are no “soccer moms” or “mommy wars.”

It was here in the Karelian forest that Naomi, always fascinated by food as a way of understanding a culture, found a culinary symphony of succulent wild edibles, herbs, berries, mushrooms and fish, all freshly plucked from the moss-carpeted forest and sparkling clear streams. She also found something even more nourishing that would help her begin to grasp the Finnish way of being—a tribe of invincible women who would become her soul-sisters.

As an idyllic summer and gave way to a sub-Arctic winter of mind-bending darkness and cold, Naomi would face her fears and her future. Over the course of six unforgettable months with her new sisters, Naomi finds her life transformed, and discovers the power that lay within her all along.

Naomi Moriyama is the author of "Secrets of the World's Healthiest Children: Why Japanese Children Have the Longest, Healthiest Lives -- and How Yours Can, Too", "Japanese Women Don't Get Old or Fat: Secrets of My Mother's Tokyo Kitchen" (translated into 20 languages), and "The Japan Diet." Naomi has served as Chief Marketing Consultant for Ralph Lauren Japan, as Director of Marketing at HBO in New York, and as Account Executive at Grey Advertising in Tokyo and New York. She grew up in Tokyo but now lives in New York City with her eight-year-old son and her husband and co-author, William Doyle.

The Sisterhood of the Enchanted Forest

A Memoir of Finland's Karelia

By Naomi Moriyama
LIST PRICE $27.95
PRICE MAY VARY BY RETAILER