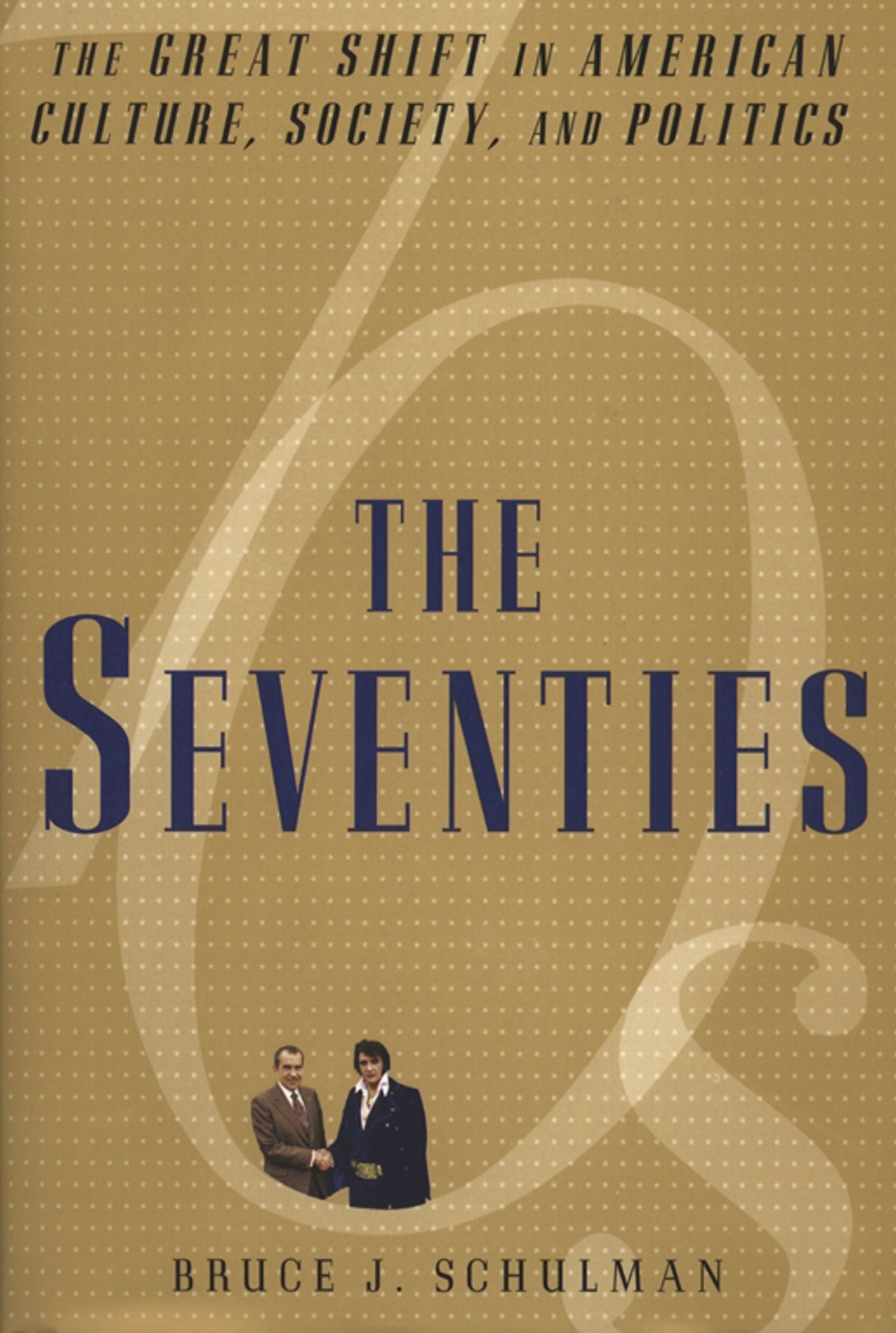 The Great Shift in American culture, Society, and Politics

Most of us think of the 1970s as an "in-between" decade, the uninspiring years that happened to fall between the excitement of the 1960s and the Reagan Revolution. A kitschy period summed up as the "Me Decade," it was the time of Watergate and the end of Vietnam, of malaise and gas lines, but of nothing revolutionary, nothing with long-lasting significance.
In the first full history of the period, Bruce Schulman, a rising young cultural and political historian, sweeps away misconception after misconception about the 1970s. In a fast-paced, wide-ranging, and brilliant reexamination of the decade's politics, culture, and social and religious upheaval, he argues that the Seventies were one of the most important of the postwar twentieth-century decades. The Seventies witnessed a profound shift in the balance of power in American politics, economics, and culture, all driven by the vast growth of the Sunbelt. Country music, a southern silent majority, a boom in "enthusiastic" religion, and southern California New Age movements were just a few of the products of the new demographics. Others were even more profound: among them, public life as we knew it died a swift death.
The Seventies offers a masterly reconstruction of high and low culture, of public events and private lives, of Jonathan Livingston Seagull, Evel Knievel, est, Nixon, Carter, and Reagan. From The Godfather and Network to the Ramones and Jimmy Buffett; from Billie jean King and Bobby Riggs to Phyllis Schlafly and NOW; from Proposition 13 to the Energy Crisis; here are all the names, faces, and movements that once filled our airwaves, and now live again. The Seventies is powerfully argued, compulsively readable, and deeply provocative.

Nicolaus Mills Professor of American Studies at Sarah Lawrence College and author of The Triumph of Meanness: America's War Against Its Better Self A compelling book that finally puts to rest the notion that the Seventies were primarily an in-between decade, sandwiched between the wild Sixties and the conservative Eighties. In a wide-ranging analysis, Bruce J. Schulman makes the case that the Seventies are responsible for the two most important forces in American life today -- a growing middle class trust in entrepreneurship as the key to personal freedom and an expanding 'southernization' that makes low taxes, reduced social services, and military preparedness the centerpieces of public policy.

The Great Shift in American culture, Society, and Politics