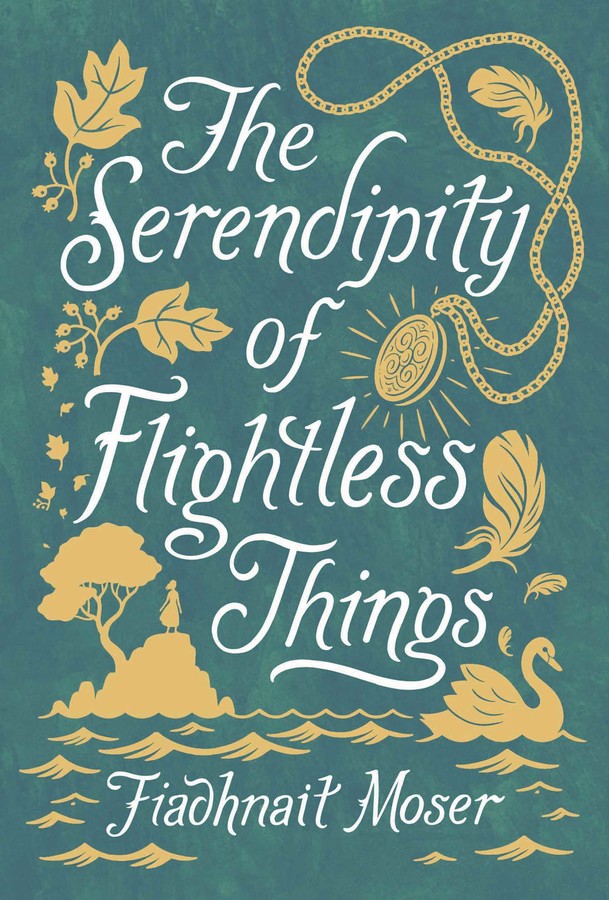 This middle grade, magical-realism novel from the author of The Flourishing of Floralie Laurel is about an Irish girl who is sent to a mysterious town in Virginia to live with her long-lost mother, and is Alice Hoffman's Nightbird meets Claire LeGrand's The Cavendish Home for Boys and Girls!

Amidst the 1971 Troubles between the Irish Republican Army and Northern Ireland, twelve-year-old Finn lives in a world of her own of fairy tales. Raised by her grandmother, Nuala, who is the village storyteller, Finn spends her days playing make-believe in the forest, weaving tall tales to tell her friend Darcy, longing to go to the island of Inis Eala to meet the swans there, and waiting for her father to return from the war. She's long since stopped believing in happy endings and miracles, preferring to believe instead in serendipity, or "happy mistakes." While Nuala revels in the safety and routine of their quiet village life, spunky Finn craves adventure . . . something that comes to her more quickly than expected.

When Darcy becomes lost at sea and Nuala suddenly passes away, Finn is shipped off to the affluent town of Starlight Valley, Virginia, to live with her long-lost mother, Aoife, and half-sister, Posy-Kate. Finn is initially excited to get to know her newfound family, but she can't help but notice that things are a bit unusual. The town is encircled by thorn trees, and even stranger is Aoife's house, where the walls are covered with swan feathers and decorated with swan heads--and Aoife's shoes appear to be made out of swan bills.

Finn tries to ignore the sinking feeling that something isn't right, but she starts to believe that what's happening isn't random. Instead, it's taken directly from one of her grandmother's famous folktales, The Children of Lir, where a scorned mother turns all of her children into swans. But Finn stopped believing in those stories a long time ago . . . could they actually be true?

As the lines between realism and fantasy blur, Moser's rich plot and descriptive language will entangle readers in Finn's story.