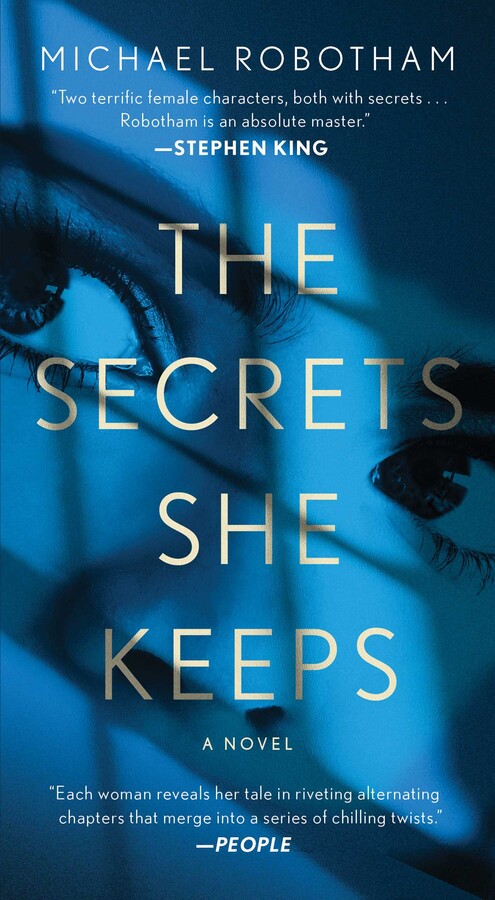 By Michael Robotham
LIST PRICE $9.99
PRICE MAY VARY BY RETAILER

“Two terrific female characters, both with secrets. Add Michael Robotham’s clean prose and whipcrack pacing. The result? A book you won’t be able to put down, although you may occasionally want to hide your eyes.” —Stephen King

Meghan doesn’t know Agatha, but Agatha knows Meghan. And the one thing Agatha looks forward to each day is catching a glimpse of her, the effortlessly chic customer at the grocery store where she works stocking shelves. Meghan has it all: two adorable children, a handsome and successful husband, a happy marriage, a beautiful house, and a popular parenting blog that Agatha reads with devotion each night as she waits for her absent boyfriend, the father of the baby growing inside her, to return her calls.

Yet if Agatha could look beyond the gloss and trappings of Meghan’s “perfect life,” she’d see the flaws and doubts. Meghan has her secrets too, especially one that she dare not ever tell. Soon the lives of these two women will collide in the most spellbinding and intimate of ways, until their secrets are exposed by one shocking act that cannot be undone. From internationally bestselling author Michael Robotham, The Secrets She Keeps is a dark, exquisite, and twisted page-turner so full of surprises, you’ll find it impossible to put down.

This reading group guide for The Secrets She Keeps includes an introduction, discussion questions, and ideas for enhancing your book club. The suggested questions are intended to help your reading group find new and interesting angles and topics for your discussion. We hope that these ideas will enrich your conversation and increase your enjoyment of the book.

From internationally bestselling author Michael Robotham, The Secrets She Keeps is a psychological thriller about an unlikely friendship between two pregnant women that asks: how far would you go to create the perfect family?

Agatha is pregnant and works part-time stocking shelves at a grocery store in a ritzy London suburb, counting down the days until her baby is due. As the hours of her shifts creep by with her in increasing physical discomfort, the one thing she looks forward to at work is catching a glimpse of Meghan, the effortlessly chic customer whose elegant lifestyle dazzles her. Meghan has it all: two perfect children, a handsome husband, a happy marriage, and a stylish group of friends; and she writes perfectly droll confessional posts on her popular parenting blog—posts that Agatha reads with devotion each night as she waits for her absent boyfriend, the father of her baby to-be, to maybe return her calls.

When Agatha learns that Meghan is pregnant again, and that their due dates fall within the same month, she finally musters up the courage to speak to her, thrilled that they now have the ordeal of childbearing in common. Little does Meghan know that the mundane exchange she has with a grocery store employee during a hurried afternoon shopping trip is about to change the course of her not-so-perfect life forever . . .

1. The Secrets She Keeps opens with the following declaration from Agatha: “I am not the most important person in this story. That honor belongs to Meg.” Compare this with Meg’s opening lines a few pages later. To whom do you imagine the two women are telling this “story”? Do you think Agatha and Meg have the same readers or listeners in mind?

2. How did you feel about following two points of view throughout the novel? How does Michael Robotham establish distinct voices for Agatha and Meghan? If not from the very beginning, at what point did they become fully realized characters for you?

3. We all project certain ideals onto strangers we observe as we go about our days. What do you think accounts for this nosy impulse? Is it more extreme in Agatha than in the average person? What is so different about her?

4. As its writer and most dedicated reader, respectively, Meg and Agatha have complicated attitudes toward Meg’s blog, Mucky Kids. Discuss how their consideration of the blog evolves as events unfold. What does the blog represent for each of them?

5. For Agatha, lying to Meg comes easy because, she tells us, “the lies I tell others are nothing compared to the ones I tell myself” (p. 113). What are Agatha’s greatest self-deceptions? What are Meg’s? Which woman is more convinced by her own lies?

6. How is motherhood portrayed in the novel? In what ways does having children define Meg and Agatha? Discuss how other female characters in the book define themselves in relation to motherhood, including Jules, Hayden’s mother, and Rhea Bowden. Compare the portrayal of motherhood with depictions of fatherhood. How do Hayden, Jack, Nicky, and Simon define themselves in relation to having children?

7. How does Agatha’s relationship with her mother affect her attitude toward having children of her own? What do you imagine Meg’s parents were like?

8. According to Meg, she and her husband approach life very differently: “Jack anticipates problems in advance and prepares for the worst, marshaling resources to handle things. I take problems as they come, bending rather than breaking” (p. 55). Do these approaches, as spelled out by Meg, speak more to her compatibility with Jack, or her incompatibility? How would you describe Agatha’s approach to life? Hayden’s? Are they a compatible couple?

9. What is the creature inside Agatha’s body that speaks to her? Do you think Agatha is the only character in the novel with such a critical voice inside her head?

10. His professional credentials aside, what about Cyrus Haven’s background enables him to understand Agatha better than everybody else? Even though we aren’t privy to his perspective, did you find him to be a relatable character? Why or why not?

11. Discuss your reactions to the novel’s final chapter, where Agatha’s fate is revealed. Is she dead? Who is the daughter she is expecting to visit her? What is she waiting for?

12. Many fans of The Secrets She Keeps are surprised that Michael Robotham was able to get inside the heads of two female characters in such a convincing and sympathetic way. How did the fact that this book was written by a man influence your reading? Were there instances where you thought a female author might have written things differently?

1. The plot for The Secrets She Keeps was inspired by the true story of a baby abduction at a London hospital in 1990. Research media reports of the Alexandra Griffiths case online. How does it compare to the fictional media coverage in the novel?

2. The Secrets She Keeps has been compared to Paula Hawkins’s novel The Girl on the Train. Read both books, then compare and contrast Agatha Fyfle and Rachel Watson. What common experiences do the characters share? What overlapping themes appear in these two works? 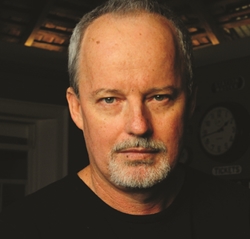 Michael Robotham is a former investigative journalist whose psychological thrillers have been translated into twenty-three languages. In 2015, he won the prestigious UK Gold Dagger for his novel Life or Death, which was also shortlisted for the 2016 Edgar Allan Poe Award for best novel. Michael has twice won a Ned Kelly Award for Australia’s best crime novel for Lost in 2015 and Shatter in 2008. He has also twice been shortlisted for the CWA UK Steel Dagger in 2007 for The Night Ferry and 2008 with Shatter. He lives in Sydney with his wife and three daughters. His recent novels include When She Was Good; The Secrets She Keeps; and Good Girl, Bad Girl.

By Michael Robotham
LIST PRICE $9.99
PRICE MAY VARY BY RETAILER