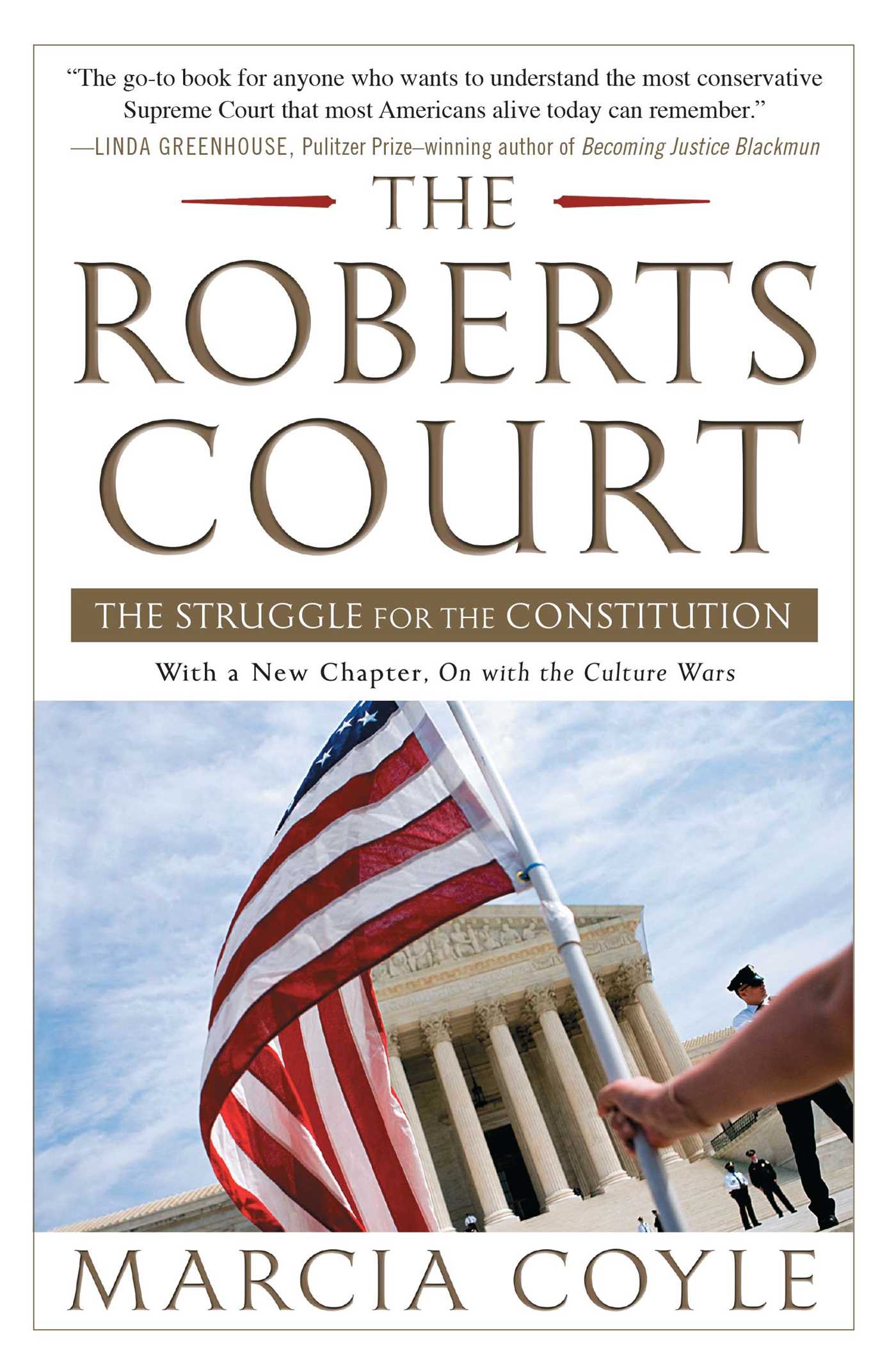 By Marcia Coyle
LIST PRICE $14.99
PRICE MAY VARY BY RETAILER

The Roberts Court, seven years old, sits at the center of a constitutional maelstrom. Through four landmark decisions, Marcia Coyle, one of the most prestigious experts on the Supreme Court, reveals the fault lines in the conservative-dominated Court led by Chief Justice John Roberts Jr.

Seven minutes after President Obama put his signature to a landmark national health care insurance program, a lawyer in the office of Florida GOP attorney general Bill McCollum hit a computer key, sparking a legal challenge to the new law that would eventually reach the nation’s highest court. Health care is only the most visible and recent front in a battle over the meaning and scope of the U.S. Constitution. The battleground is the United States Supreme Court, and one of the most skilled, insightful, and trenchant of its observers takes us close up to watch it in action.

Marcia Coyle’s brilliant inside account of the High Court captures four landmark decisions—concerning health care, money in elections, guns at home, and race in schools. Coyle examines how those cases began—the personalities and conflicts that catapulted them onto the national scene—and how they ultimately exposed the great divides among the justices, such as the originalists versus the pragmatists on guns and the Second Amendment, and corporate speech versus human speech in the controversial Citizens United campaign case. Most dramatically, her analysis shows how dedicated conservative lawyers and groups are strategizing to find cases and crafting them to bring up the judicial road to the Supreme Court with an eye on a receptive conservative majority.

The Roberts Court offers a ringside seat at the struggle to lay down the law of the land. 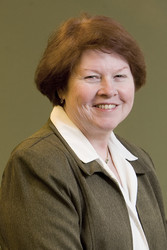 Marcia Coyle is the Chief Washington Correspondent for The National Law Journal. A lawyer and journalist, Coyle has covered the Supreme Court for twenty years. She regularly appears on PBS’s NewsHour. Her work has earned numerous national journalism awards, including the George Polk Award for legal reporting, the Investigative Reporters and Editors Award for outstanding investigative reporting, the Scripps Howard Foundation Award for environmental reporting, and the American Judicature Society’s Toni House Journalism Award.

“The great strength of Coyle’s book is the depth and balance of her reporting... By allowing all the participants to speak in their own voices, she gives us a nuanced sense of how conservative and libertarian lawyers strategically litigated these cases and transformed the law…. [an] insightful book.”

“The Roberts Court is richly analytical and meticulously careful….even-handed and full of smart analysis….Coyle's shrewd reading of the cases is supplemented by skillful reporting on those who practice before the court….It's not the modest court that its chief once proposed; to the contrary, it is assertive, relevant and a bit scary — and worthy of this useful book.”

“Coyle’s impressive new book on the Supreme Court arrives at a propitious time, on the cusp of major forthcoming decisions on affirmative action, voting rights, gay marriage and the human genome that could rock the legal world….an accessible civics lesson, not only about the nation’s highest court but the process that leads up to those dramatic hours of oral argument—the plotting by plaintiffs and preparation by lawyers that goes largely untold….Coyle is an objective observer in a media environment dominated by invective and rants. Still, there’s plenty of analysis and insight here as the author takes us through major court rulings on race, guns and money from 2007 to 2009.”

“In this insightful, important look at the Roberts court, Coyle also explores the broader implications for American politics and justice.”

“[Coyle] paints a fine-grained portrait, based on vivid reportage of court proceedings and copious interviews with participants and insiders…Coyle’s canny account of the court shows how even the highest reaches of the constitutional reasoning are shadowed by dogma and bias…[a] complex, nuanced history.”

“Along with her credentials as a lawyer, Coyle brings 25 years of reporting on the high court to this careful unpacking of select, enormously consequential, 5-4 decisions, supplying useful and colorful context about the litigants, lawyers, politics and legal precedent. ... A careful, informed analysis of the origins, progress and disposition of the complex, high-stakes legal disputes that find their way to the court.”

“Marcia Coyle has written the go-to book for anyone who wants to understand the most conservative Supreme Court that most Americans alive today can remember. Her acute focus on key 5-to-4 cases not only shows us the Roberts Court in action but also explains how conservative social movements have made their voices heard at the Court on issues that matter to us all.”

“One of the best Supreme Court books in years; a wise and deeply-reported inside look at the court, its struggles and the justices themselves.”

– Bob Woodward, winner of the Pulitzer Prize, author of The Brethren

“In her meticulously reported, eminently readable treatment of the Roberts Court, the vastly-experienced Marcia Coyle skillfully lifts the veil of ignorance enshrouding the work of our Nation’s highest Court. This is a wonderful addition to the literature about the Court uniquely entrusted with the ultimate task of interpreting America’s Constitution.”

– Kenneth W. Starr, Solicitor General of the U.S. in the George H.W. Bush Administration, author of First Among Equals

“In this fast-paced narrative, Marcia Coyle brings alive the four recent cases that illuminate the emerging agenda of the Roberts Court. Everyone gets a voice in Coyle's story: litigants, lawyers, clerks on the Court, even the Justices themselves. In an understated but powerful voice, she also implies that the conservative majority on the Roberts Court is pursuing an agenda as broad and active as any Court in our history. Coyle concisely captures the complexities of constitutional jurisprudence.”

“Richly sourced and impressively researched, Marcia Coyle's authoritatively nonpartisan account of the inner workings of the Roberts Court is a must-read for everyone who wants to understand why the Court often plays a deciding role in American lives.”

– David Garrow, winner of the Pulitzer Prize, author of Bearing the Cross

“Marcia Coyle has written a brilliant expose of how the Roberts Court has acted on healthcare, gun control, campaign finance, school racism, and more. This is jurisprudence journalism-history at its finest. And it's a joy to read. Highly recommended!”

By Marcia Coyle
LIST PRICE $14.99
PRICE MAY VARY BY RETAILER