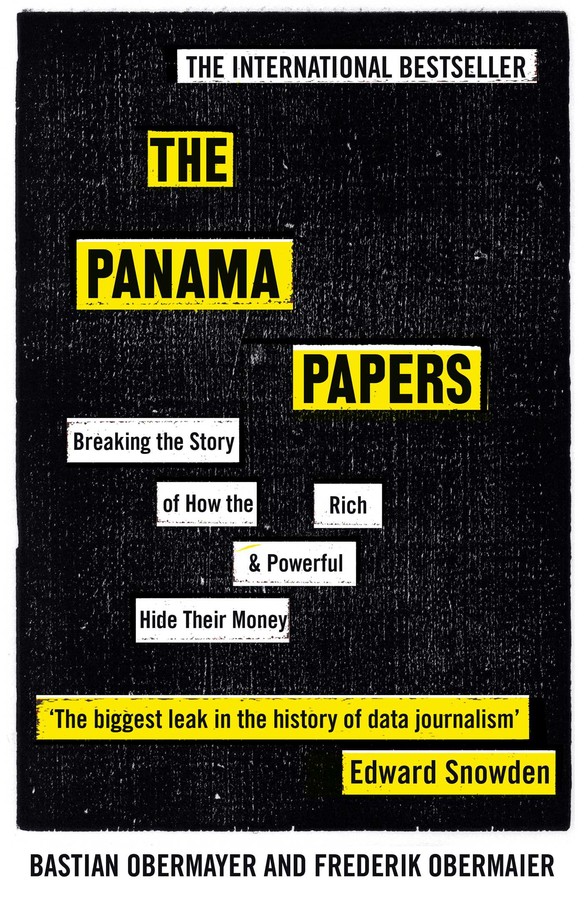 Late one evening, investigative journalist Bastian Obermayer receives an anonymous message offering him access to secret data. Through encrypted channels, he then receives documents showing a mysterious bank transfer for $500 million in gold. This is just the beginning.

Obermayer and fellow Süddeutsche Zeitung journalist Frederik Obermaier find themselves immersed in the secret world where complex networks of shell companies help to hide people who don't want to be found. Faced with the largest data leak in history, they activate an international network of journalists to follow every possible line of enquiry. Operating for over a year in the strictest secrecy, they uncover a global elite living by a different set of rules: prime ministers, dictators, oligarchs, princelings, sports officials, big banks, arms smugglers, mafiosi, diamond miners, art dealers and celebrities. The real-life thriller behind the story of the century, The Panama Papers is an intense, unputdownable account that blows their secret world wide open.

'This is an extremely important book - this decade's most important rather than this year's.'

‘The authors expose a shockingly corrupt system...[an] important indictment of the shadow economy that flourishes even as the legitimate economy suffers.’

‘A tale of fearless and careful reporting… The most ambitious investigative journalism project of all time.’

‘Bastian Obermayer and Frederik Obermaier, the authors of this powerful, lucid book, show us how the very rich hide their money…They should make journalists proud – and may even help to make the world a better place.’

‘This is the inside story of how governments, corporations and organised crime groups have used the secret world of offshore jurisdictions to engage in systematic cheating and thieving. It's an almost perfect tale for the 21st century - the failure of democracy, the triumph of commercial power and greed, greed, greed.’

‘With precision and purpose, The Panama Papers is what “Follow the Money” means.’

‘Bringing such a major story to book form in such a short time (and then translating it from the original German) is a challenge, but this text serves as an excellent explanation of the investigative work and the findings. The book is useful to scholars interested in investigative journalism and tax evasion.’

‘The biggest leak in the history of data journalism’

‘The fascinating struggle of David against Goliath... A brilliantly written book.’