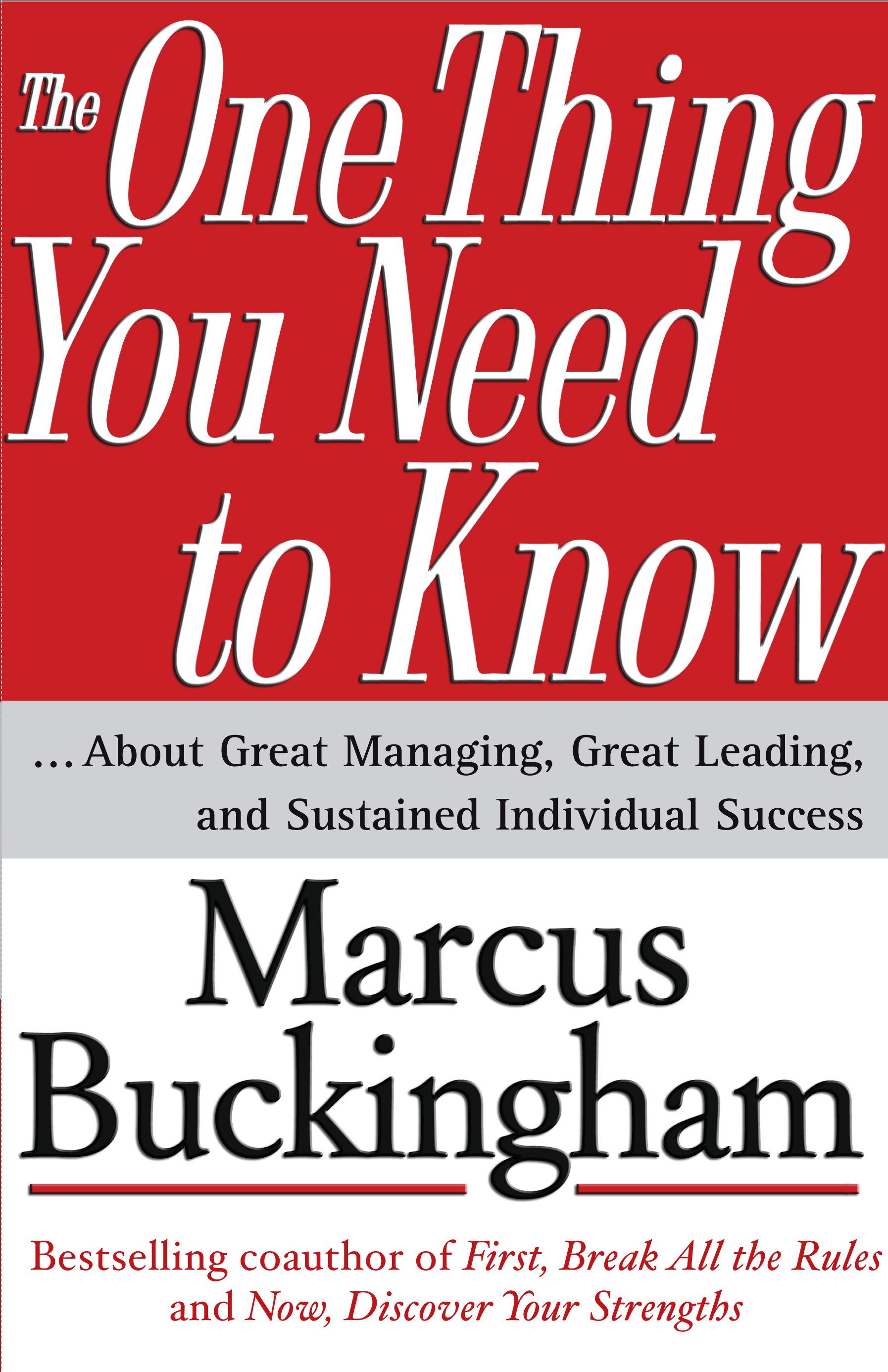 The One Thing You Need to Know

The One Thing You Need to Know