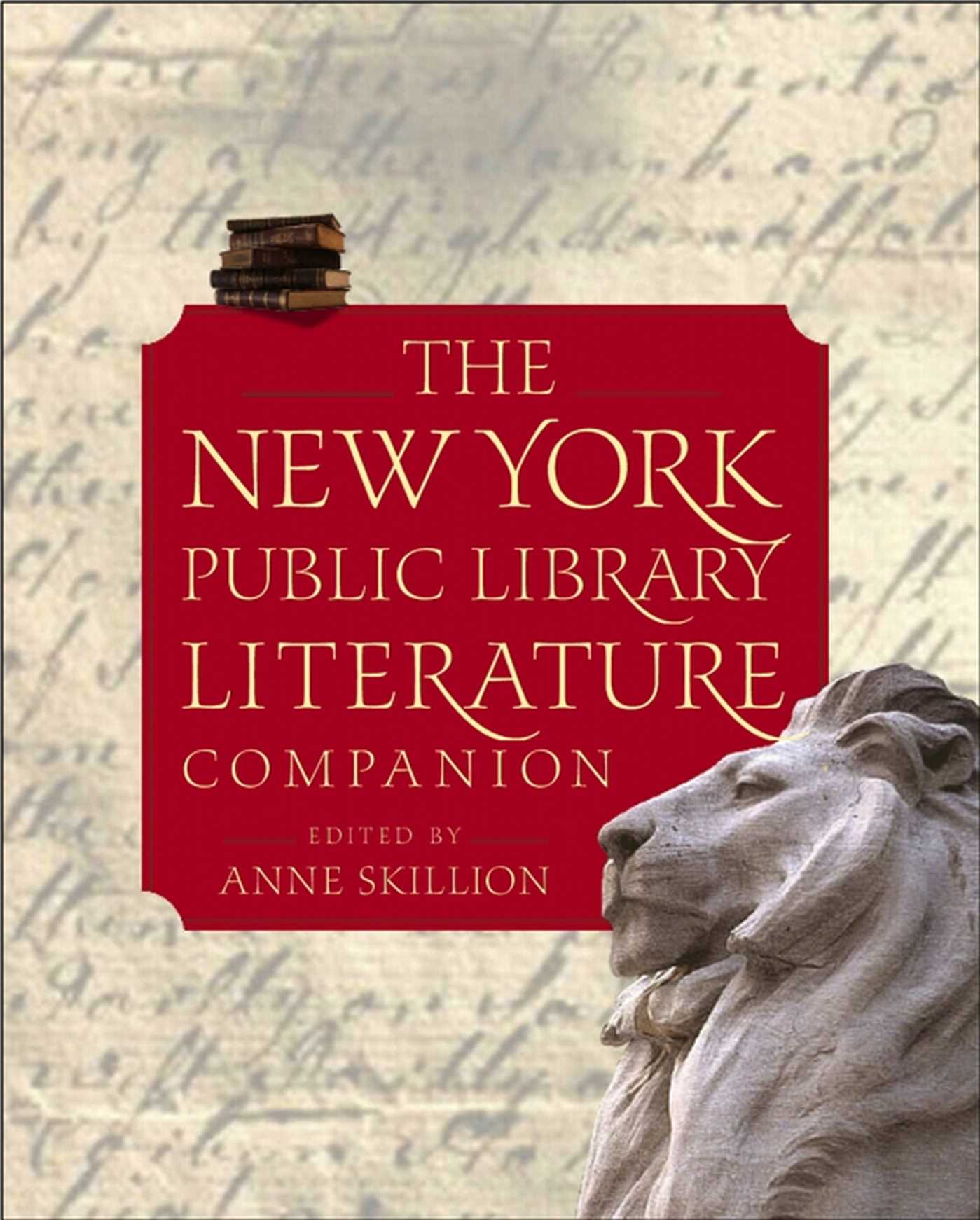 By Staff of The New York Public Library
Edited by Anne Skillion
LIST PRICE $29.99
PRICE MAY VARY BY RETAILER

Pick up The New York Public Library Literature Companion to check the dates of Marcel Proust's Remembrance of Things Past or to find out how James Joyce's Ulysses changed U.S. obscenity laws, and you may find yourself hours later absorbed in the imaginary worlds of Camelot and The Matrix or sidetracked by the fascinating history of The New Yorker. Designed to satisfy the curious browser as well as the serious researcher, this exciting new resource offers the most up-to-date information on literature available in English from around the world, from the invention of writing to the age of the computer.

Interwoven throughout the more than 2,500 succinct and insightful entries on Creators, Works of Literature, and Literary Facts and Resources are the fascinating facts and quirky biographical details that make literature come alive. Readers will discover, for instance, that Walt Whitman was fired from his government job after his personal copy of Leaves of Grass was discovered in his desk by the Secretary of the Interior, who was scandalized by it; that James Baldwin remembered listening to blues singer Bessie Smith ("playing her till I fell asleep") when he was writing his first book; and that a publisher turned down the serialization rights to Gone with the Wind, saying, "Who needs the Civil War now -- who cares?"

Looking for information about book burning or how many Nobel laureates have come from Japan? You'll find it here. Trying to remember the name of that movie based on a favorite book? Read the "Variations" section -- you'll be amazed at the pervasive presence of great literature in today's entertainment. From Aristophanes to Allende, from Bergson to Bloom, the biographical entries will inform readers about the men and women who have shaped -- and are shaping -- the literary world. Look into "Works of Literature" to discover the significance of Beowulf, The Fountainhead, Doctor Zhivago, and nearly 1,000 other titles. Check the "Dictionary of Literature" to find out what the critics and theorists are talking about. And if you wish to delve even deeper, "Websites for Literature" and "Literary Factbooks and Handbooks" are just two of the bibliographies that will point readers in the right direction.

Unique in scope and design and easy to use, The New York Public Library Literature Companion will be at home on every reader's shelf. Whether you are immersed in Stephen King or King Lear, this book has the insights, facts, and fascinating stories that will enrich your reading forever.

With four major research centers and 85 branch libraries, The New York Public Library is internationally recognized as one of the greatest institutions of its kind. Founded in 1895, the library now holds more than 50 million items, including several world-renowned collections of literary manuscripts and rare books. Among the books published from the library in recent years are The New York Public Library Desk Reference (1998); The Hand of the Poet (1997); Letters of Transit: Reflections on Exile, Identity, Language, and Loss (1999); A Secret Location on the Lower East Side: Adventures in Writing, 1960-1980 (1998); and Utopia: The Search for the Ideal Society in the Western World (2000).

Frank McCourt author of Angela's Ashes and 'Tis Christmas is coming, or your birthday, and when they ask you what you'd like, just say: "I want The New York Public Library Literature Companion." Why? Because it's not only scholarly and wide-ranging, it's a good read and addictive.

Andrei Codrescu author of Messiah This is the guide you should memorize before meeting your date at the New York Public Library's lions. You will be quick and amusing, not in the least pedantic, your date will laugh, and the lions have seen too much to eat you.

Cynthia Ozick author of Quarrel & Quandary: Essays This is an impressive reference work of lasting significance.

Michael Korda author of Another Life The New York Public Library Literature Companion is such a good idea, and so artfully done, that I wonder how I have been able to do without it on my desk all these years!

Patricia Schroeder President & CEO, Association of American Publishers This reference book would be a great edition to have around the home and office.

Peter Dollard, Alma College Library, MI The Library Journal As one might expect of a companion, this is a book you can open at random and see what you find. Within its classified arrangement, entries are provided for authors, critics, literary characters, and works from all times and places, mostly Western. There are also many lists: book awards, literary reference books, a chronology of world literature, great books lists, a dictionary, literary web sites, and more. Sidebars are used to highlight such miscellany as famous opening lines ("Call me Ishmael"), last lines, writers portrayed in fiction, and famous rejection letters. There are even several enjoyable little quizzes (such as matching quotations against a list of authors, e.g., who wrote, "Hell is other people"?)....No other modern literary companion comes close to matching this book's remarkable breadth. Though its dedication to nonjudgmental statements of fact may leave one wishing for more idiosyncrasy, the book is very well done and belongs in every library's literary reference collection. Copyright 2001 Cahners Business Information, Inc.

By Staff of The New York Public Library
Edited by Anne Skillion
LIST PRICE $29.99
PRICE MAY VARY BY RETAILER