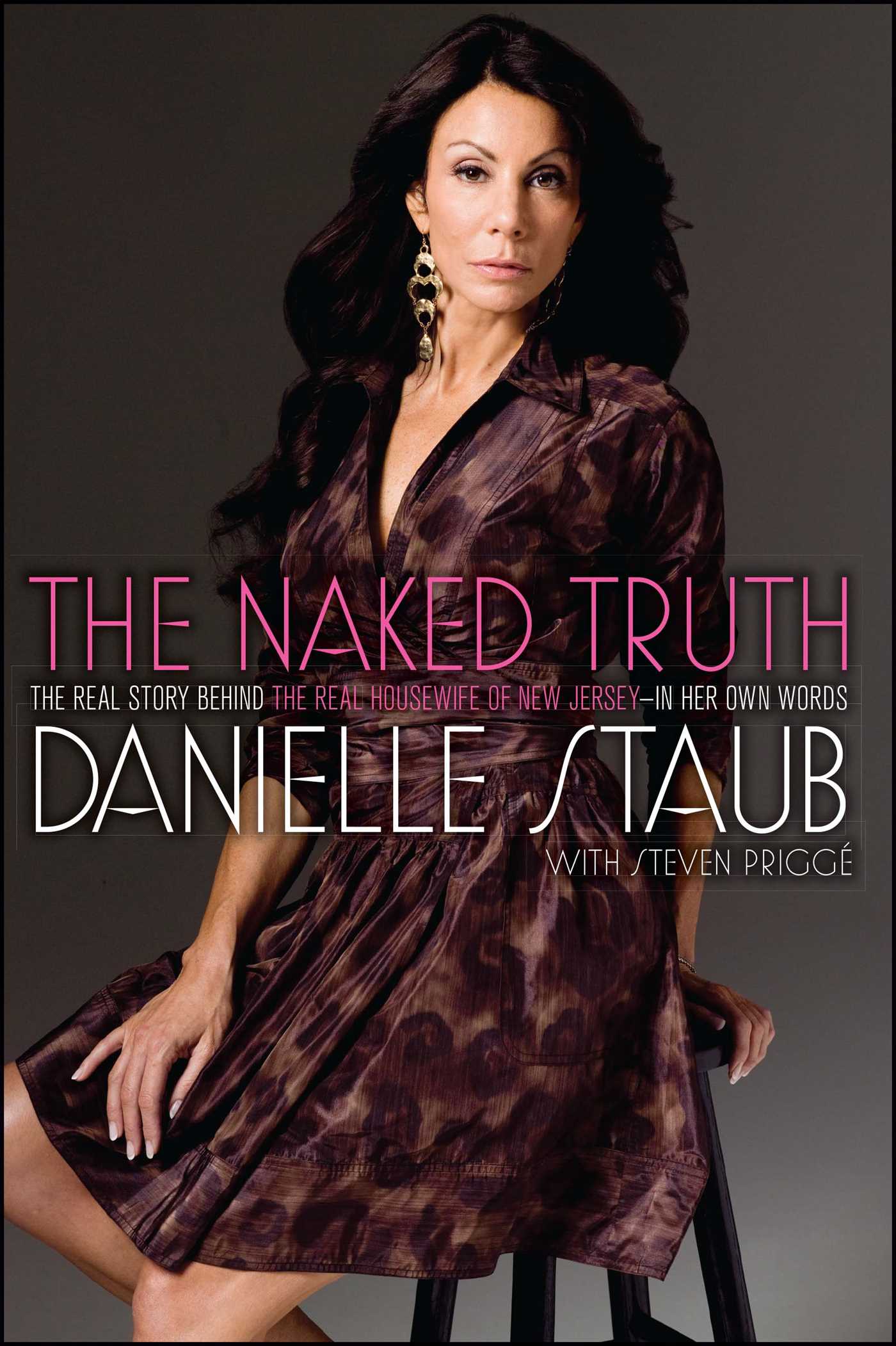 By Danielle Staub
LIST PRICE $11.99
PRICE MAY VARY BY RETAILER

You’ve seen her on The Real Housewives of New Jersey, turning heads, raising eyebrows, and igniting feuds with her feisty suburban neighbors. Now, the always fascinating Danielle Staub gets real about her scandalous past in the year’s most explosive tell-all memoir. . . .

When she signed on to appear in a reality TV show, Danielle had no idea what she was getting herself into. Hoping for a new lease on life after her recent divorce, the single mother of two became the target of vicious gossip, heated arguments, and endless controversy. When her housewife costars confronted her with the true crime book written about her ex-husband, the you-know-what hit the fan. Danielle knew she could no longer keep her checkered past a secret—and she had to set the record straight.

This is the real Danielle Staub, in her own words, as you’ve never seen her before. The child of an unmarried Italian teenager, Danielle was born in Pennsylvania (under the name Beverly Merrill) after her mother was pressured by her well-to-do family to leave Italy and not return until after she’d put her baby up for adoption.

After years of sexual abuse, she fled to Miami, where she became a model, living the kind of lifestyle she could only dream of as a child. She partied like a rock star and with them as well, but ended up marrying a deceitful man who held dangerous secrets of his own. Soon Danielle was caught up in a tangled web of lies, drugs, and abuse that landed her in the hospital more than once.

How she survived—leaving her husband, changing her name, and finally giving birth to two lovely daughters—is one shocking story you have to read to believe. If you thought The Real Housewives of New Jersey gave you the real story of Danielle Staub, you don’t know the half of it. Filled with glamour and grit, heartbreak and heroism, this brave, no-holds-barred memoir reveals the naked truth behind reality TV’s most talked-about star.

“You either love me or you hate me, there is no in between .” —Danielle Staub

For the first time ever, one of the stars of the hit television show The Real Housewives of New Jersey tells her side of the story, including . . .

• The truth behind Cop Without a Badge, the book that shocked the other housewives in the first season’s explosive finale.

• Her flashy, fast-paced life as a Miami model—and exotic dancer.

• Her controversial arrest and time spent in prison.

• Her wild hookups with famous celebrities, including an Olympian and a Miami Vice star.

• Her abusive childhood, rocky marriages, stormy divorces—and her triumphant rise as one of television’s most intriguing personalities.

It’s all here—and all real—in this straight-from-the-hip memoir from the Real Housewife who has all of New Jersey talking . . . and the whole world watching.

Danielle Staub is a real New Jersey housewife and the mother of two daughters, Christine and Jillian. For more information, visit www.danielle-staub.com

By Danielle Staub
LIST PRICE $11.99
PRICE MAY VARY BY RETAILER