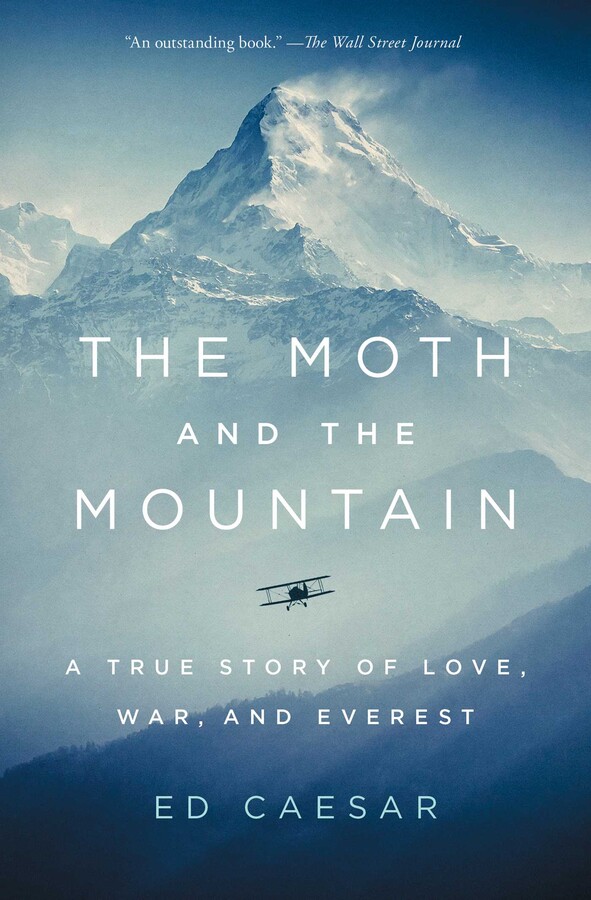 The Moth and the Mountain

A True Story of Love, War, and Everest

From New Yorker writer Ed Caesar, The Moth and the Mountain is a sweeping true story about one man’s attempt to salve the wounds of war and save his own soul through an audacious adventure: flying his biplane five thousand miles across the world and attempting to become the first person to summit Mt. Everest.

In the 1930s, as official government expeditions set their sights on conquering Everest, a little-known World War I veteran named Maurice Wilson conceived his own crazy, beautiful plan: he would fly a plane from England to Everest, crash land on its lower slopes, then become the first person to reach its summit—all utterly alone. Wilson didn’t know how to climb. He barely knew how to fly. But he had the right plane, the right equipment, and a deep yearning to achieve his goal. In 1933, he took off from London in a Gipsy Moth biplane with his course set for the highest mountain on earth. Wilson’s eleven-month journey to Everest was wild: full of twists, turns, and daring. Eventually, in disguise, he sneaked into Tibet. His icy ordeal was barely beginning.

Wilson was one of the Great War’s heroes, but also one of its victims. His hometown of Bradford, in northern England, was ripped apart by the fighting. So was his family. He barely survived the war himself. Wilson returned from the conflict unable to cope with the sadness that engulfed him. He began a years-long trek around the world, burning through marriages and relationships, leaving damaged lives in his wake. When he finally returned to England, nearly a decade after he first left, he found himself falling in love once more—this time with his best friend’s wife—before depression overcame him again. He emerged from his funk with a crystalline ambition. He wanted to be the first man to stand on top of the world. Wilson believed that Everest could redeem him.

This is the tale of an adventurer unlike any you have ever encountered: complex, driven, wry, haunted, and fully alive. He is a man written out of the history books—dismissed as an eccentric, and gossiped about because of rumors of his transvestism. The Moth and the Mountain restores Maurice Wilson to his rightful place in the annals of Everest and tells an unforgettable story about the power of the human spirit in the face of adversity. 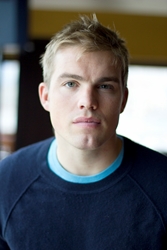 Ed Caesar is an author and a contributing writer to The New Yorker. Before joining The New Yorker, Caesar wrote stories for The New York Times Magazine, The Atlantic, Outside, The Smithsonian Magazine, Esquire, The Sunday Times (London), British GQ, and The Independent. He has reported from a wide range of countries, including the Democratic Republic of Congo, Kosovo, Russia, and Iran. He has won a number of awards for his journalism, including the 2014 Journalist of the Year from the Foreign Press Association of London. His first book, Two Hours: The Quest to Run the Impossible Marathon, was awarded a Cross Sports Book of the Year award.

“Compelling . . . Instructive . . . As becomes clear not long after its starting gun, this book transcends the search for a two-hour marathon.” —The Washington Post

“Essential reading for every runner . . . Caesar’s conversational voice grabs your attention instantly, making you feel as if you’re running alongside elite marathoners, visiting hometowns of the greats like Mutai and Haile Gebrselassie—and ultimately you will think you’re reading a fictional story rather than an intensely research-heavy non-fiction book. But that’s what it is. . . . Is it possible that things are only impossible when we think they’re impossible? That’s the question you’re left pondering after you put Two Hours back on the shelf.” —Men’s Fitness

“Explores the lives, training routines and ancestry of today’s greatest marathoners . . . Caesar, a war correspondent who has reported from Africa, Iran, and Kosovo, can amusingly sketch the marathon’s ‘creation myth’ (the heroic tale of the Greek messenger Pheidippides in 490 B.C., he says, ‘was bunk’), then switch gears and discuss the science of lung and leg capacity and the thorny matter of doping with analytical rigor. There’s beautiful imagery here, too: a training group’s predawn run in the dusty lanes of the Rift Valley, 50 or 60 Kenyans arranged in single files with the sky ‘still black and buckshot with stars’; Geoffrey Mutai pulling away from the lead pack—to say nothing of the more than 50,000 other participants—to win the 2013 New York City Marathon (‘It was just him, alone, on Fifth Avenue. He had become the workings of his own body’).” —New York Times Book Review

“A zippy, engaging book . . . The writing is stylish and evocative . . . Two Hours centers on the sport’s most hotly debated question: will a runner ever clock up their 26 miles and 375 yards in under this time? Caesar follows Geoffrey Mutai, the great Kenyan athlete, in his quest to silence the doubters. In big, confident strides, he also covers marathon history, the science of endurance and the thorny matter of doping.” —Financial Times

“Caesar, who has reported widely from Africa, does great work capturing the lives, training routines, and proud ancestry of these amazing runners, not to mention the pitfalls and dangers they face before and after they achieve fame. This strong tale covers the joys of athletic triumph and the pain of missed opportunities, while investigating what it means to be born or bred a champion and what it will take to for someone to make running history. Caesar proves himself an engaging storyteller with a book whose time has come.” —Publishers Weekly

“Caesar is not the first to explore what it will take to break the two-hour barrier, nor is he the first to go to East Africa in search of what fuels today’s great marathoners, but the strength of Two Hours is in combining copious research and emotional human storytelling into a fast-paced narrative.” —Stephen Kurczy, Vice Sports

“You might think, at first, that you’re going for a very long morning run with a small African man through the streets of Berlin. Before you know it, you’re chasing the white whale of human endurance—the two-hour marathon—down every one of its psychological, physiological, geographical, historical, and cultural side streets, running with a tailwind that only great narrative craftsmen like Ed Caesar can exhale.” —Gary Smith, author of Beyond the Game

“A fascinating insight into the clockwork of what it means to be an elite athlete, always pushing at the edge of possibility. Like a good runner, Caesar carries the story along with grace and ease and generosity. He brings us to Kenya, New York, London, and Berlin, but ultimately allows us to look inside ourselves. It’s the human story that shines through.” —Colum McCann, author of Transatlantic and Let the Great World Spin

“Ed Caesar’s treatment of the near-mythical two-hour marathon is both implacably scientific and wonderfully reverential. As a former marathoner I deeply appreciate both. The prose hums along effortlessly and the topic is one of the most profound there is: the absolute limits of human performance. Reading a book that combines those two things is one of the great pleasures in life.” —Sebastian Junger, author of The Perfect Storm

The Moth and the Mountain

A True Story of Love, War, and Everest