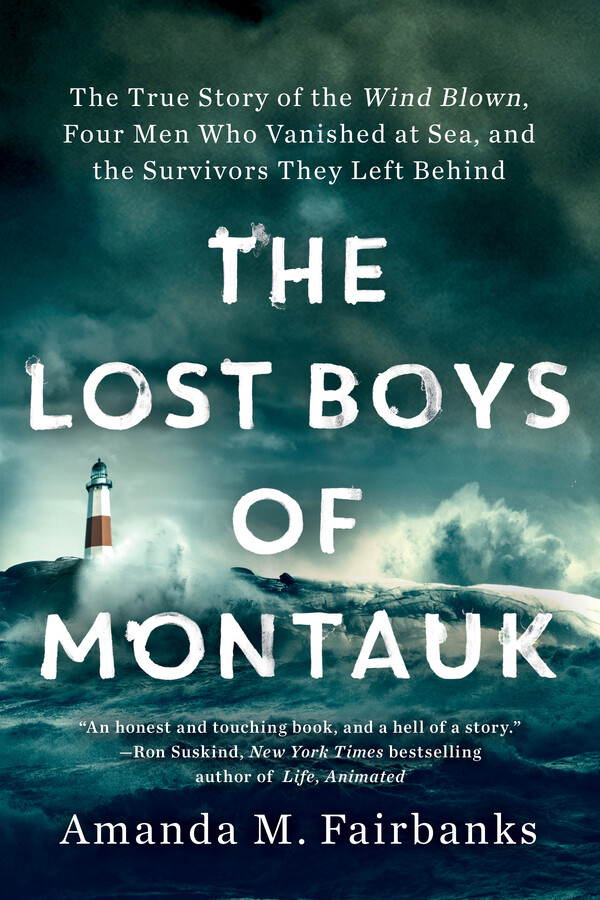 The Lost Boys of Montauk

The True Story of the Wind Blown, Four Men Who Vanished at Sea, and the Survivors They Left Behind

An immersive account of a tragedy at sea whose repercussions haunt its survivors to this day, lauded by New York Times bestselling author Ron Suskind as “an honest and touching book, and a hell of a story.”

In March of 1984, the commercial fishing boat Wind Blown left Montauk Harbor on what should have been a routine offshore voyage. Its captain, a married father of three young boys, was the boat’s owner and leader of the four-man crew, which included two locals and the blue-blooded son of a well-to-do summer family. After a week at sea, the weather suddenly turned, and the foursome collided with a nor’easter. They soon found themselves in the fight of their lives. Tragically, it was a fight they lost. Neither the boat nor the bodies of the men were ever recovered.

The fate of the Wind Blown—the second-worst nautical disaster suffered by a Montauk-based fishing vessel in over a hundred years—has become interwoven with the local folklore of the East End’s year-round population. Back then, on the easternmost tip of Long Island, before Wall Street and hedge fund money stormed into town, commercial fishing was the area’s economic lifeblood.

Amanda M. Fairbanks examines the profound shift of Montauk from a working-class village—“a drinking town with a fishing problem”—to a playground for the ultra-wealthy, seeking out the reasons that an event more than three decades old remains so startlingly vivid in people’s minds. She explores the ways in which deep, lasting grief can alter people’s memories. And she shines a light on the powerful and sometimes painful dynamics between fathers and sons, as well as the secrets that can haunt families from beyond the grave.

The story itself is a universal tale of family and brotherhood; it’s about what happens when the dreams and ambitions of affluent and working-class families collide. Captivating and powerful, The Lost Boys of Montauk explores one of the most important questions we face as humans: how do memories of the dead inform the lives of those left behind? 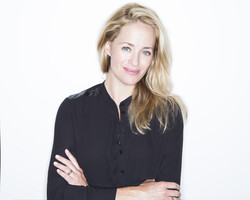 Amanda M. Fairbanks is a journalist who has worked in the editorial department of The New York Times, as a reporter for HuffPost, and at The East Hampton Star, where she wrote investigative stories, features, and profiles. Her writing has also appeared in The Boston Globe, Newsweek, The Atlantic, and The San Francisco Chronicle. A graduate of Smith College and a former Teach for America corps member, she has two master’s degrees from Columbia University’s Graduate School of Journalism, and currently lives with her family in Sag Harbor.

"A memorable lost-at-sea narrative focusing on a Montauk-based commercial fishing boat... well-documented, page-turning ... a no-brainer for fans of The Perfect Storm and similar books.  A riveting man-vs.-nature story and compelling tribute to those who perished."—Kirkus (starred review)

“Readers fascinated by stories of shipwreck such as Sebastian Junger’s The Perfect Storm may be similarly intrigued by this sad tale.” —Booklist

"Fairbanks deftly handles the story, with an eye for detail and page-turning prose. An evocative, well-researched, and compelling account, this highly recommended book will stay with readers past the last page." —Library Journal (starred review)

"A sweeping, and often devastating, portrait of a community on the brink of transformation, and of how grief can ricochet across generations." —Vanity Fair

"In 1984, commercial fishing boat Wind Blown left Montauk Harbor in a routine voyage with four souls aboard, ran into a nor'easter, and never returned. This thoughtful account explores the tragedy at sea and the repercussions for those left behind." —USA Today

“A remarkable feat of reporting… The Lost Boys of Montauk is a poignant tale of how an incident nearly 40 years old can still reverberate in a town much changed by money but not by memory.” —Air Mail

"A relentlessly reported page-turner about the collision of man and nature on the ocean and the collateral damage back on land."—Tom Clavin, New York Times bestselling author of Dodge City and Tombstone

“This extensive and stunningly reported true story of a tragic shipwreck off Montauk is tinged with that rebel late-hippie-era vibe of the late seventies and early eighties. It's about family secrets, romances cut short, the fishing life, and the evolving history of the East End of Long Island, now known as ‘The Hamptons.’ It’s an honest and touching book, and a hell of a story.”—Ron Suskind, bestselling author of Life, Animated

"The Lost Boys of Montauk is riveting. Combining gorgeous prose and exhaustive research, Fairbanks paints a fascinating portrait of a shipwreck and its aftermath. It's a complex tale of class divides in the Hamptons, of grief, passion, memory, and youth. Over the course of the book, we come to know and care deeply for the young men who were lost at sea and for those who live on to tell their story. A must-read."—J. Courtney Sullivan, bestselling author of Friends and Strangers

"Not since Peter Matthiessen’s Men’s Lives has there been such an insightful depiction of the struggles, joys, and dangers of being a fisherman out of Montauk. The Lost Boys of Montauk is beautifully written and impeccably researched. You’ll never again hear the words ‘lost at sea’ and not think of this book.”—Steven Gaines, bestselling author of Philistines at the Hedgerow

“Four commercial fishermen perished in a late-winter storm off the coast of Long Island in 1984. Through obsessively detailed reporting, clear, powerful writing, and the unstoppable storytelling of a thriller, Amanda Fairbanks has made this one event stand for a whole world. The Lost Boys of Montauk is an unforgettable portrait of fishermen’s culture, of the peculiarities of a place inhabited by ordinary people and the very rich, and of the ways in which a tragedy can exert a force on people’s lives down through the decades.”—Nicholas Lemann, author of Transaction Man

“The Lost Boys of Montauk describes the permanent shadow cast across the lives of the women, men, and children affected by the sinking of the Wind Blown in a winter storm forty years ago, with all four young men aboard lost at sea. Amanda Fairbanks collects the histories of the men and their families and describes the atmosphere of a fishing town at the eastern end of Long Island. Her book is a kind of collective testimony, a chorus of voices that would not otherwise have been heard.”—Alec Wilkinson, author of The Riverkeeper

“This grippingly reported book is about social class and boundaries, about family, about the web of pain — grief, drugs, alcoholism, divorce, loneliness — that spins out of devastating loss. From generation to generation, from family to family, Fairbanks documents trauma’s insidious effect on an entire East End community.”—Susan Scarf Merrell, author of Shirley

"An arresting, awesome story — vivid and sensory, and as hypnotic as the tides of the sea. Fairbanks is an in-depth reporter who weaves wonderfully a vastly researched tale into a cinematic page-turner."—Mira Ptacin, author of The In-Betweens

"The Lost Boys of Montauk gives something of an idea of what Steinbeck and Melville might have produced had they written narrative nonfiction together. In telling the tragic tale of four men whose lives were cut short, Fairbanks crafts a gripping portrait not only of the characters, but of a time and place now trapped in the amber of the not-too-distant past."—Graydon Carter, Editor of Air Mail

"Amanda Fairbanks' story of the Wind Blown and the four men who died at sea, their lives, and the disaster's long effects is a brilliantly reported, heartrending epic that captures the beautiful, complicated—and in this case, tragic—threads in a community that I have long called home and that my family's newspaper has covered for generations. This book belongs in every South Fork collection."—David Rattray, Editor, The East Hampton Star

"[R]iveting... powerful and poignant ...This is a book eloquent with the sorrow and the beauty of being on this earth, and no less expressive of the love. After all, the author writes, 'grieving is the last way we get to love someone.'” —The Wall Street Journal

"In The Lost Boys of Montauk, Sag Harbor-based writer Amanda M. Fairbanks, through skillful reporting and masterful writing, captures in haunting detail the lives of the four young crewmen and the foregone world they came to represent." —Newsday

The Lost Boys of Montauk

The True Story of the Wind Blown, Four Men Who Vanished at Sea, and the Survivors They Left Behind