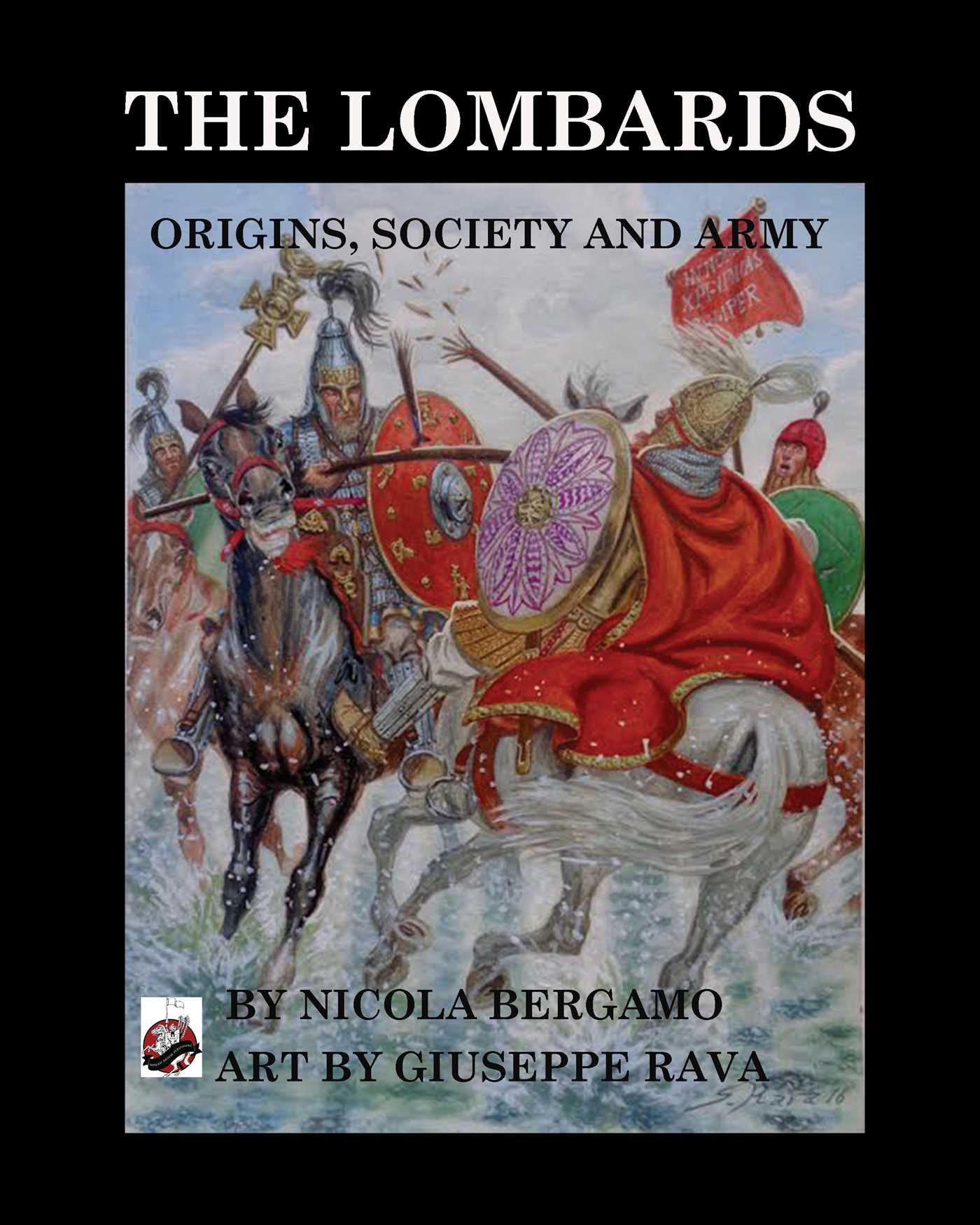 By Niccola Bergamo
LIST PRICE $30.00
PRICE MAY VARY BY RETAILER

The Lombards will examine the history, society and warfare of the tribe of “barabrians that first entered Italy in the 6th Century and came to dominate the peninsula to such an extent that they lent their name to an area, “Lombardy” and for a while, all Italians being known as “Lombards”.  It will be illustrated with original works by famed military artist, Giuseppe Rava.

The Lombards were already known to the Romans from the first century A.D. They were famous for their force, brutality and barbarian origins. Even though they were relatively scarce in numbers, they were able to move from their ancient and mythological land, called, by a Byzantine historian, “The land of Thule”, to modern Italy in less than six centuries. In this particular stage of their history, which is called, by modern scholars, völkerwanderung (i.e. migrations), the Lombards fought with many enemies; such as Vandals, Bulgars and Gepidans and they always won. They finally arrived in Italy in April 568. They conquered most of the northern part of the Italian peninsula, but they could not take it in its entirety. They were impeded by the Byzantines. For more than a century, Lombard fought Byzantine in a long-standing war, they won most of the battles and so they reduced the power of Constantinople in Italy. They were close to conquering the Italian peninsula, but they were blocked by the Franks and by the nascent power of the Pope. Charlemagne closed the political existence of the Lombards in Italy in 774 A.D. after a battle against the last Lombard king, Desiderius. Many Lombard communities found refuge in Benevento; the last duchy remained safe from the Frankish conquest and they prospered and preserved their ancient tradition until the fall of Salerno in 1076 to the Normans.

This book will focus on:

1) Origins of the Lombards. Ethnicity, mythological identities and the history of “old people” according to “origo gentis Langobardorum” (i.e. origin of Longobards people). A description of ancient traditions will also be provided, such as the change of their name from “Winnili” to “Longobards” directly by Wotan will.

2) The ancient battles (from first to sixth century A.D.) The descriptions of the military tradition of the Lombards during the first period of migration. The battles and their equipment will be described in accordance with the few written primary sources available (especially by “Historia Langobardorum” by Paul the Deacon) and other material available, such as archeological finds.

3) The Lombard society during the migration. A description of Lombard society through the centuries. From a nomadic people to sedentary communities. Some particular figures will be described, such as: women, warriors, priests, dukes etc…

4) The arrival in Italy. The constitution of the first duchy and the reign. Byzantine response led by kuropalates Baduarius and the great battle against the Lombards. The Byzantine military defenses. Relationships between the Lombard and Byzantine peoples will also be explored.

5) The wars between the Byzantines and the Lombards in Italy (568-688 A.D.). The military expedition of Exarchus Romanus. The conquests of Autari, Agilulf, and finally the big battle of Scultenna, between the Lombard king Alboin and the Exarchus Isacius.

6) The fall of the reign. The battles against the Franks. The Principality of Benevento and the continuation of the political and military Lombard entity.

7) Lombards in Southern Italy. The great battle against Adelchi, who led the Byzantine troops and the Duke of Benevento. The war against the Arabs. The Byzantine reconquering of southern Italy. The division of power into small political identities. The arrival of the Normans. The fall of Salerno in 1076.

By Niccola Bergamo
LIST PRICE $30.00
PRICE MAY VARY BY RETAILER