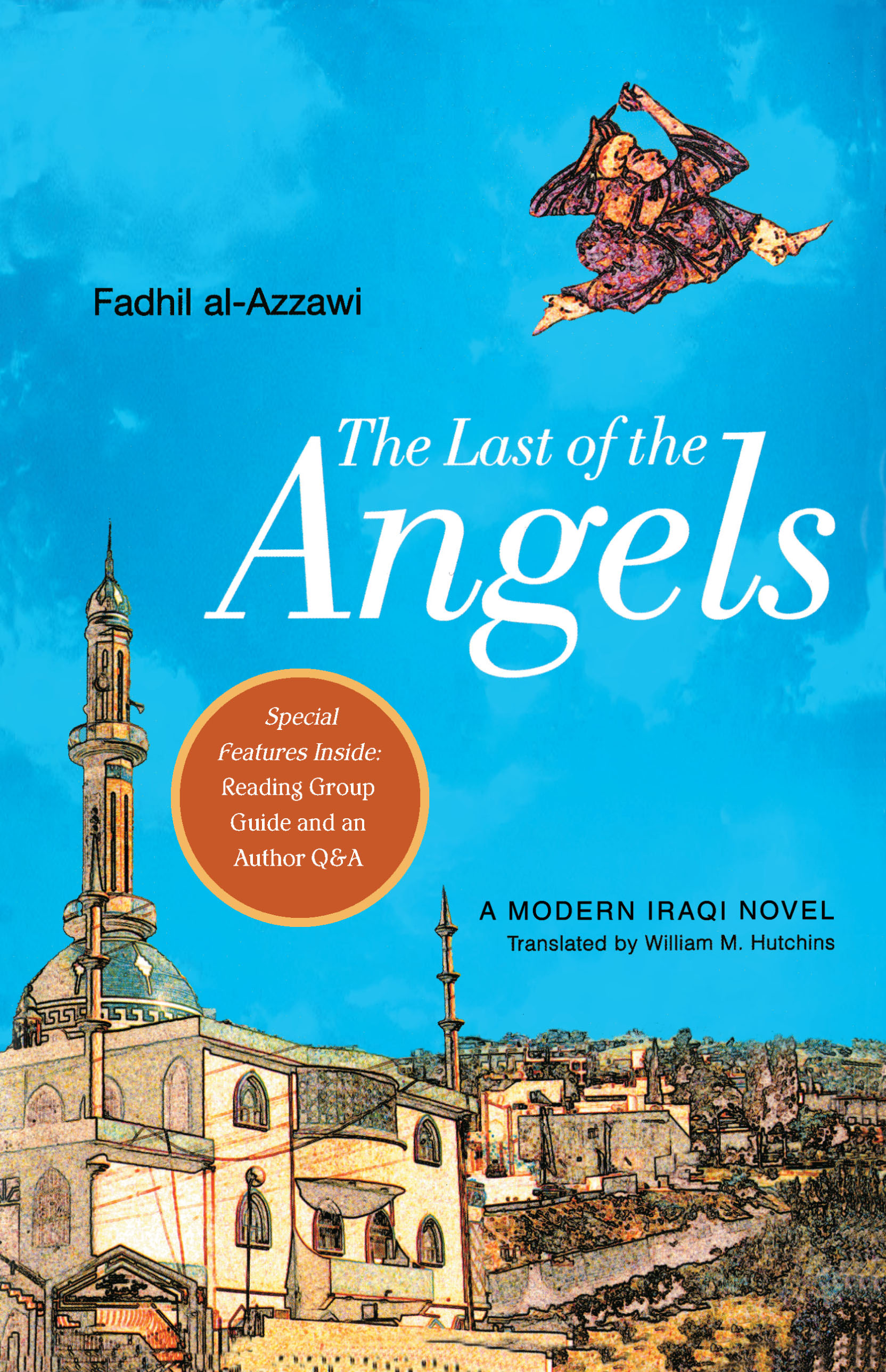 By Fadhil al-Azzawi
LIST PRICE $14.99
PRICE MAY VARY BY RETAILER

From a legendary writer both beloved and banished by Iraq -- a fine work of Arabic literature in the vein of Naguib Mahfouz and Elias Khoury, and a magical and moving comic novel about the birth of modern Iraq.

Kirkuk, Iraq, the 1950s. The day Hameed Nylon loses his job, and gains an unfortunate nickname, is the day that his life begins: dismissed as a chauffeur when rumors surface that he propositioned his British boss's posh-tart wife, Hameed finds his true calling as a revolutionary in an Iraq that is destined for a sea change. Also bent on bucking the system is Hameed's brother-in-law, the money-scheming butcher Khidir Musa, who runs off suddenly to Russia to find two brothers who have been missing since World War I. And the key to their fate is held by a seven-year-old boy, Burhan Abdallah, who stumbles upon an old chest in his attic that allows him to speak with three white-robed old men, beings who inform him that they are, in fact, angels.

By clicking 'Sign me up' I acknowledge that I have read and agree to the privacy policy and terms of use. Free ebook offer available to NEW US subscribers only. Offer redeemable at Simon & Schuster's ebook fulfillment partner. Must redeem within 90 days. See full terms and conditions and this month's choices.
Discussion Questions
1. How does the rumor of Hameed Nylon begin? What are the consequences of this rumor? What does this reveal about the prejudices and stereotypes?
2. Khidir Musa leaves the village after he had "received from the spirit world a message to set forth to search for his two brothers, who had been missing since World War I." (p. 67) What do you make of his sign? What is the significance to Burhan?
3. How do the villagers feel about the road being constructed by the British? What will this mean for their village?
4. The number three comes up a great deal in The Last of the Angels. There are three angels, the three brothers returning to the village, and the three men in the tower, just to name a few examples. What do you think is the significance, if any?
5. Khidir Musa meets an aging dervish in a cave, which we later learn is Death, who tells him: "Don't forget that the matter concerns the dead first and foremost, not the living. The dead too have a right to voice their opinion." (p. 101) Why is it fitting that Death is making this pronouncement? What is its importance to Khidir? How does this relate to the rest of the novel?
6. Khidir Musa leads an expedition to King Faisal in order to stop the building of the road through the cemetery, and Dada Hijiri composes a poem about their meeting:
The rose's bed:
Come let us seek the rose's bed.
I sought the rose's bed
But found thorns bedded there instead. (p. 115)
What does the poem mean? How does this relate to their situation?
7. How does Khidir Musa change over the course of the novel? How does Hameed?
8. Why does so much violence break out after the death of Qara Qul? How does the sectarian violence in the city mirror what's going on today?
9. Mullah Zayn al-Abidin al-Qadiri comments to Hameed, "You know how to coexist with this damn world." (p. 159) What is he trying to say to Hameed? What is the significance of the mullah's vision at Qara Qul's widow's house?
10. Why do you think Hameed Nylon is so insistent on starting a revolution? He claims not to be a Communist because he feels they are "all talk and no action," but what attributes does Hameed share with the Communists? Why is he so frustrated after he meets with their leaders in the cellar?
11. When Burhan questions one of the angels as to the meaning of life, he replies: "You shouldn't be overly concerned, since you're nothing more than a hero in an invented novel written by a disgruntled author." (p. 193) What does the angel mean by this? What does the author?
12. In an effort to get the government's attention, Hameed and some of his followers kidnap a few Englishmen. Do you think this was a personal vendetta for having been fired by his English boss, or did he capture them because of what they represent? How is Hameed a sort of patsy of the government?
13. Upon returning after forty-six years in exile, Burhan Abdallah says, "I've spent my whole life following angels that are nothing but persuasive devils." (p. 273) Following the moment when the truth was revealed, he felt, for the first time in his life, freedom. How is Burhan finally free? Do you find the ending hopeful?
14. Why do you think this novel was banned in Iraq when it was originally published? Have you ever read any Arabic literature before? After reading The Last of the Angels are you interested in reading more?
Enhance Your Book Club
1. To learn more about Arabic literature and its history, check out http://en.wikipedia.org/wiki/Arabic_literature.
2. You can learn more about the author and his other works from this article: http://www.thewitness.org/printArticle.php?id=27.
3. Try making authentic Iraqi cuisine to enrich the discussion of this novel. Many great recipes can be found at http://www.recipezaar.com/recipes/iraqi.
Fadhil al-Azzawi

Fadhil al-Azzawi is the author of many volumes of poetry, novels, and criticism. A member of the avant-garde Kirkuk Group of poets during the 1960s, he left Iraq in 1977, after being imprisoned for three years by the Baath regime for his political activities. He lives in Germany.

"The Last of the Angels is a life experience....The novel's language is an unbroken flow that seduces you right up to the final page of this magnificent tale. And in telling the story, its details sparkle with every description, every sentence, and every page." -- Al-Zaman (London)

By Fadhil al-Azzawi
LIST PRICE $14.99
PRICE MAY VARY BY RETAILER