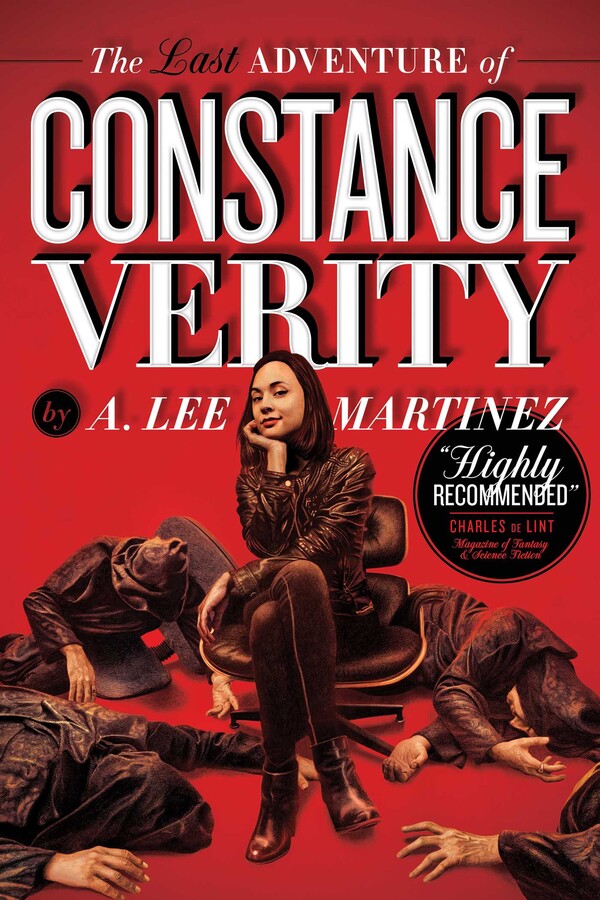 The Last Adventure of Constance Verity

Book #1 of Constance Verity
By A. Lee Martinez
LIST PRICE $7.99
PRICE MAY VARY BY RETAILER

Constance Verity has been saving the world since she was seven, and she’s sick of it. She sets off on one last adventure to reset her destiny and become the one thing she’s never been: ordinary.

Ever since she was granted a wish at birth by her fairy godmother, Constance Verity has become the world’s great adventurer. She is a master of martial arts, a keen detective, and possesses a collection of strange artifacts. Constance has spent the past twenty-eight years saving the world, and she’s tired of it. All she wants is to work in an office and date a nice, normal guy. And she’s figured a way out. The only problem is that saving the world is Constance’s destiny. She’s great at it, and there are forces at work to make sure she stays in the job.

Then again, it’s also her destiny to have a glorious death. 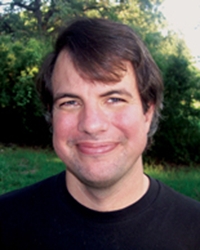 Constance Verity—blessed (or cursed) three hours after her birth by a fairy godmother who granted her a life of adventure and wonder—has been saving the world since her seventh birthday. It’s been 20 years, and it’s time for a vacation. She dreams of being normal, and she wants to be bored. To this end, she resolves to go kill her fairy godmother. Tia, who has been Constance’s best friend since before that fateful birthday, accompanies her—after all, a good sidekick is important. After a dramatic fight in, well, fairyland, where they track the fairy godmother down, and a showdown with the disgraced fairy herself in a rundown Florida rental, Constance finds what seems to be the solution. Finally ordinary, she’s having the time of her life: dating a nice, normal young man (whom she met at a poetry slam, but nobody’s perfect); spending time with her parents; doing everything that she never had time for before. But, of course, the cogs of fate and ancient cultish conspiracy are moving, and they drag her back into adventure—and the true meat of the story, in which she saves the world yet again and finally finds that most elusive of prizes: work-life balance. An ethnically diverse heroine, great adventure pacing, a witty sense of humor, and some quality banter make this a delightful subversion of superhero tropes. — Regina Schroeder

“Reading this novel is probably the most fun I’ve had with a book so far this year. I think anybody will enjoy it because it’s fast-paced, inventive, and completely irreverent. Highly recommended.”

– - Charles de Lint,, The Magazine of Fantasy and Science Fiction

“An ethnically diverse heroine, great adventure pacing, a witty sense of humor, and some quality banter make this a delightful subversion of superhero tropes.”

“Martinez delivers another witty, fast-paced fantasy. The deadpan snark is nonstop and sure to keep readers giggling.”

“Across 10 previous novels, A. Lee Martinez has made his name with outlandish stories packed with rollicking fantasy concepts...the mastermind of this multi-leveled fantasy caper.”

“Strong character development — which is what I like to see in a book.”

“The Last Adventure of Constance Verity is sure to give you plenty of good laughs and some deeper themes to chew on. It’s unexpectedly charismatic and offbeat.”

“Martinez is obviously very passionate about his work and characters. I, for one, am quite excited to find out that his Constance Verity character is to be featured in two more books! If you haven’t taken the plunge into the amazing novels of this author, then I urge you to do so. Everything I’ve read by him has been a blast!”

The Last Adventure of Constance Verity

Book #1 of Constance Verity
By A. Lee Martinez
LIST PRICE $7.99
PRICE MAY VARY BY RETAILER