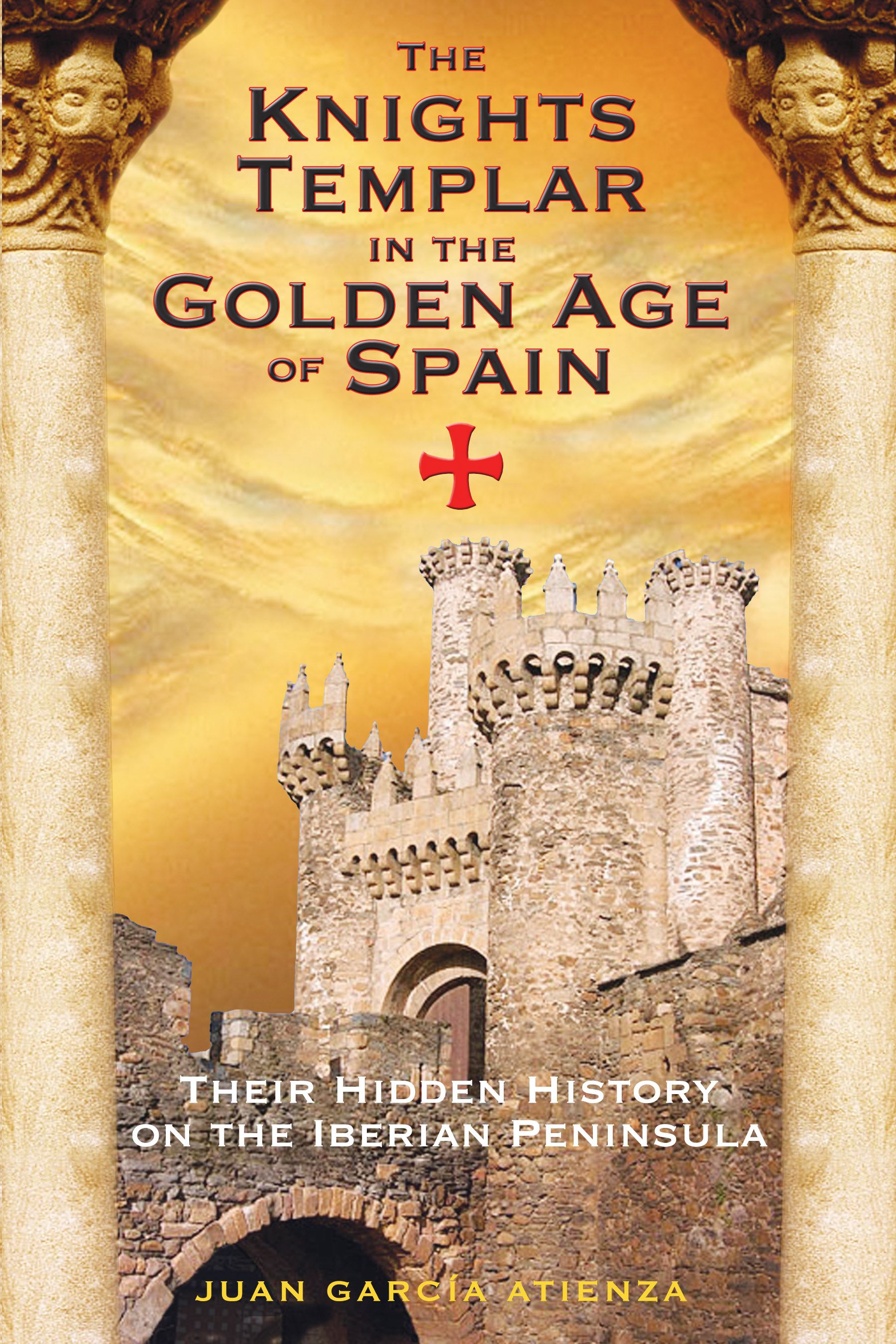 The Knights Templar in the Golden Age of Spain

Their Hidden History on the Iberian Peninsula

• Explores the mysteries surrounding the location of Templar enclaves

The rise and fall of the Templar Order constitutes a fundamental and decisive episode in medieval history, and the destruction of the Order constitutes a pivotal point that fundamentally altered the direction of society. While much is known about the history of the Templar Order in France, home of its chief commandery in Paris, and in the Latin States of the Middle East, their contribution to events on the Iberian peninsula has until now remained obscure and unexplored.

Renowned Templar scholar Juan García Atienza reveals here the important role the Templars played in the Reconquista that saw the Moors driven out of Spain and demonstrates the great influence they exerted in the kingdoms of Castille and Navarre and the territories of Catalonia and Aragon. He examines the mysterious connections between the Templars and the Cathars and troubadours as well as the mystery surrounding the location of all the Templar enclaves in the Iberian peninsula. He also unveils the important role the Templars had as teachers of the Spanish king James I, known as the Conqueror, whose attempt to establish a universal theocratic empire may have been a reflection of Templar ambitions, and explores the Order’s suppression in Spain and how it survived in Portugal by simply changing its name.

The Establishment of the Templar Order in Aragón and Navarre
Since shortly before the moment of their official knighting in Troyes, Europe was aware of and awaiting the Templars, for they were seen as representatives of a new ideology capable of pulling Christendom triumphantly from a crisis that the Crusades had not been able to overcome and that the Cluniac pontificate had not even foreseen. Alfonso I, the Battler (1073–1134), king of Aragón and Navarre and later of León and Castile, was even more attentive to the messianic principles on which the Temple of Solomon was established. Here was a monarch who knew how to structure his politics according to imperialist perspectives that were very close to the idea of a world government that would strive for a goal of universal unity, religious as well as political--a goal that was a heartbeat in the very origin of the Order. He not only established Templar-style fellowships to comfortably roam his lands, but when the time came to think of the future of his kingdom without him--he ruled over Aragón and Navarre after renouncing his plan for a Spain unified through his marriage to Urraca de Castilla--he conceived the absurd idea of turning his territory over to those military orders from the Holy Land that promoted the great synarchic project that he himself, surely, had already constructed.

Given what we historians know about the character of Alfonso I, historians cannot accept his testament without trying to understand the motives that would bring him to write a document that was so absurd in the political context of his time. After listing the donations that would be made to different monasteries in his kingdom, this testament, first published by Moret in his Anales de Navarra (Annals of Navarre) says:

Therefore, after my death I leave as heir and successor to me the Sepulchre of the Lord which is Jerusalem and those who observe and guard and serve God there, and to the Hospital of the poor which is of Jerusalem, and to the Temple of Solomon with the knights who keep vigil there to defend the name of Christendom. To these three I concede my whole kingdom . . .

This testament, dictated in front of the walls of Bayonne in 1131, was ratified shortly before the Battle of Fraga, in 1134, which would be the only defeat in the long years of the peninsular crusade of Alfonso I as well as the immediate cause of his death due, it seems, to the wounds he received in combat. In addition to being a kind of premonition, the ratification of the will became a type of public confirmation of intentions, barring the possibility that the nobles of his kingdom, as the tacit executors of the royal will, might choose to ignore his actual intentions.

Upon his death, however, something happened that exceeded traditional medieval custom: The obsequies due a man of his rank were not rendered to the deceased king. His body was physically spirited away from any possible homage of his subjects and was taken for burial, in quasi-secrecy, to the monastery of the regular canons of Montearagón. His will was ignored. The populace did not hear of his death until his brother, Ramiro, a Cluny monk who was bishop of Roda and Barbastro, was made sovereign. Everything surrounding this transfer of power was rushed: the papal dispensation that freed Ramiro--from that moment on, Ramiro II--from his vows and his immediate wedding to Inés de Poitiers. A daughter, Petronilla, was born the following year and was offered in matrimony in 1137, when she was not yet two years old, to the count of Barcelona, Ramón Berenger IV, who immediately became Prince of Aragón and virtual regent of the kingdom. The secularized monk Ramiro returned to monastic obedience without hesitation, after officially reestablishing the dynastic continuity of Aragón and the definitive union of his kingdom and the county of Barcelona. The Catalan- Aragonese crown had been crafted thus and the two realms would remain as one throughout the Middle Ages. The Catalan prince, to whom contemporary chroniclers gave the title Saint, was charged with dealing with the military orders, presumably the legacy of Alfonso the Battler, which he officially installed throughout the kingdom, giving to them numerous fortified plazas in exchange for their renunciation of the rights that the controversial will and testament had given them barely three years earlier.

We might wonder what brought about the union of Aragón and Catalonia, even at the cost of Navarre seceding, under the short reign of Ramiro the Monk. We shall see that this alliance, propitiated beyond potential and immediate conveniences, occurred for some internal, hidden reason about which no official parchment offers testimony.

In principle, Alfonso the Battler’s will and testament had to be disobeyed by the living forces of Aragón. The state would not allow itself to be ruled by a group of military orders from Palestine under the direct domination of the recently acknowledged Templars. It is clear, however, that the Templar Order, despite its newness as an institution, arrived full of a messianism that had already inspired two rulers, Alfonso of Aragón and Count Ramón de Berenguer III of Barcelona, to perform, upon their deaths, the symbolic act of turning over to the Order their horses and armor--both essentially emblematic of their power, social rank, and position as heads of their respective territories.
Juan García Atienza

Juan García Atienza is the author of more than 30 books examining various enigmas of the Middle Ages and is considered one of the leading Spanish experts on the Templars and the mystery traditions. He lives in Spain.

"A must read for any serious Templar or Templar-Masonic scholar. Atienza is the author of over 30 books on the Middle Ages and one of the leading Spanish authorities on the Templars and related mystery traditions."

"[This book] is highly recommended to those who wish to understand more about the Knights Templar and their activities outside France and the Holy Land."

". . . a masterpiece of metahistory! . . . . in this masterful account of a serious historian aware of the esoteric dimensions in history. Highly recommended!"

"Now, renowned Templar scholar and historian Juan Garcia Atienza has written the definitive book on the Templar's activities in the Iberian Peninsula, exploring the crucial role the Templars played in the Reconquista, the pivotal event that drove the Moors from Spain."

" . . . one of the best Templar books available today. An excellent and erudite read, with a central focus on Templar history in Spain, you will not find a better tome than this one."

The Knights Templar in the Golden Age of Spain

Their Hidden History on the Iberian Peninsula